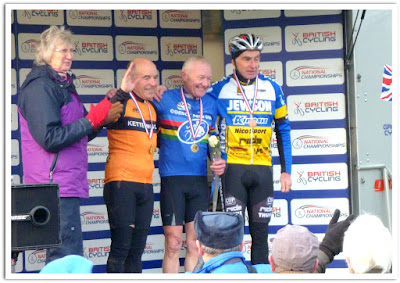 At Peel Park, Bradford this morning John illustrated once again his dominance in the over 70's age bracket when he romped home to a clear win in the 2013 National Championships. 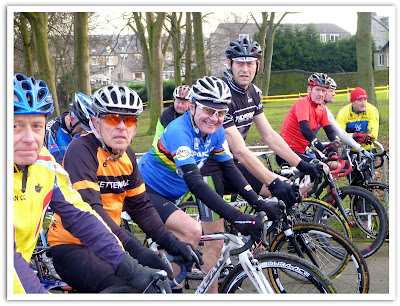 He may look confident in the above photo, at todays start line, but it hadn't all been plain sailing, the guy to his right is Stuart Walters, Kettering CC, who 6 days earlier had beaten John in Round 6 of the National Trophy Series at Derby, there was also the ever present threat from former Pro and Natioal Champ, Mick Ives. 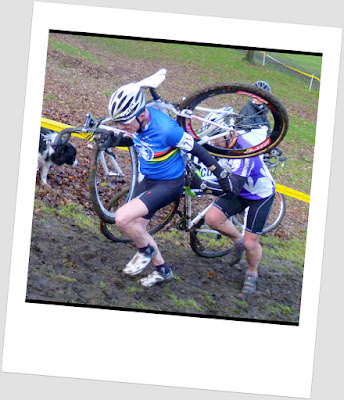 John also managed to puncture a brand new tub whilst warming up, I imagine that got the adrenalin flowing - I know it did for his right-hand man, Paul Daly. 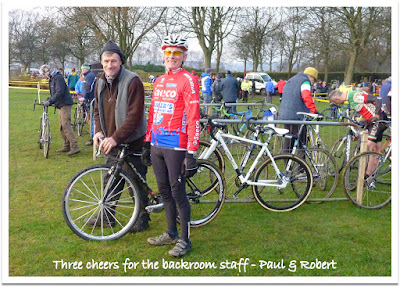 Good luck in America next week John.
Posted by petehorne at Saturday, January 12, 2013