Sunday 19 Jan - We Settled for Settle

Chris has volunteered a detailed report - to follow later. 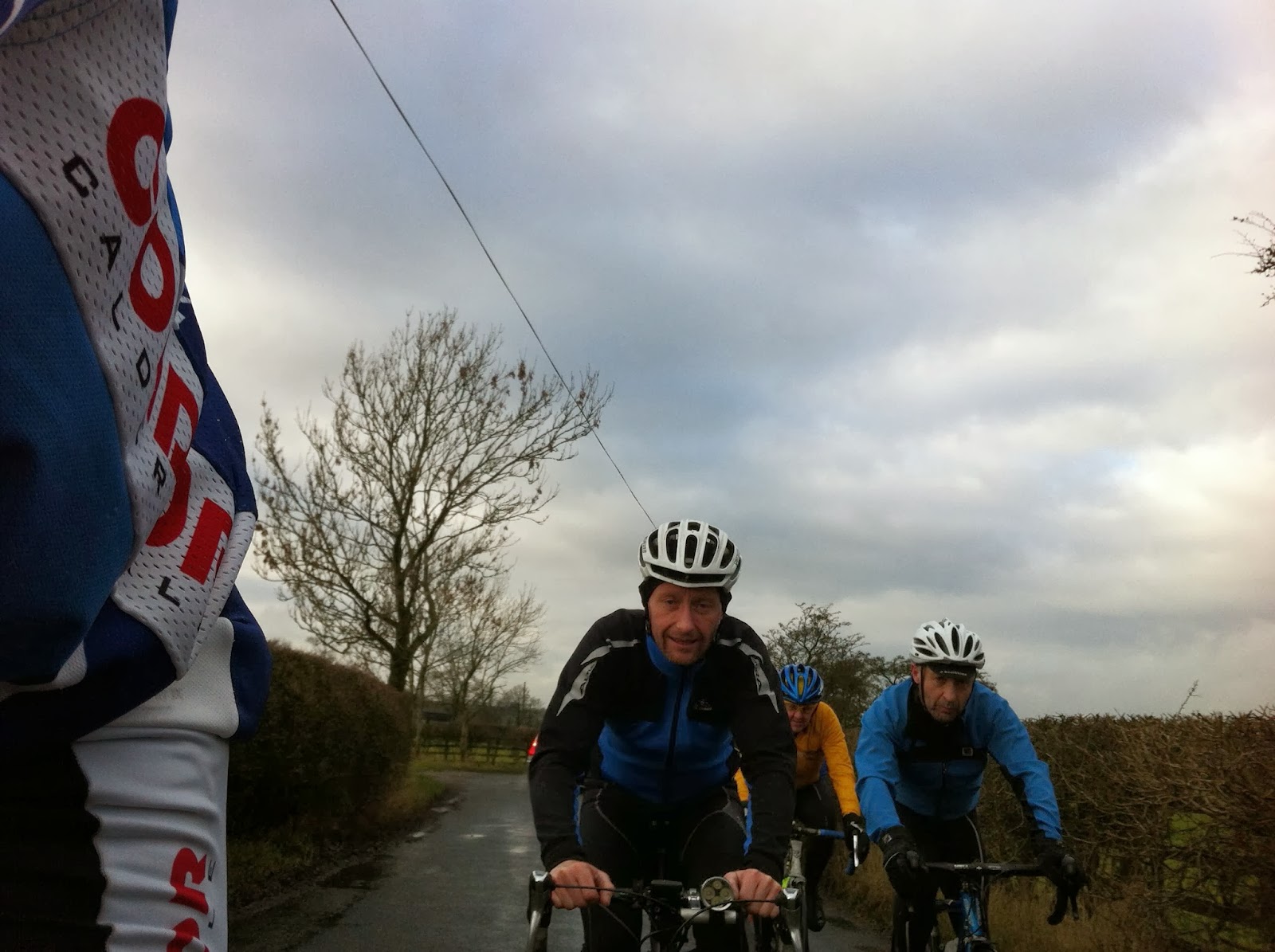 A rare action shot of the Condors taken 'in flight' on the way back toward Carleton. Photos were also taken in the cafe at Settle and may be added later (assuming anyone wants to see yet more shots of some lycra-clad blokes enjoying mid-ride refreshments). Richard had just put in a good turn on the front but, from his expression here, perhaps he wasn't appreciating our comments about this rare event needing a commemorative picture?
Posted by Ian Robinson at Saturday, January 18, 2014 No comments: Links to this post