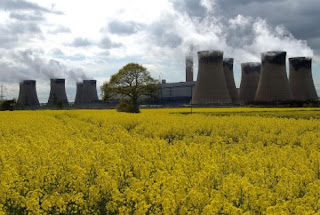 After the blustery (and snowy!) start to the weekend it was a relief to wake up early on sunday morning to see blue skys and not a breath of wind! After a quick scout of the course I was a bit alarmed to see big patches of ice scattered around some of the corners, but they'd quickly melted as soon as the sun hit them.

So, to the race. After the 5 minutes of neutralised riding to the start line we were off on a rolling start and the attacks came quick and fast. The field wasn't letting anything go today and every break away on the first 3 laps of the circuit was reeled in by the bunch. One group of about 7 got away for a good half a lap but then were chased down by the pack after a quick injection of pace by Team Chevin Cycles. At the start of the 7th lap it was clear it was going down to a bunch sprint and the pace quickly wound up. I finished comfortably in the top half of the bunch, but out of the points. A definate success for an early season race, just need to work on my sprints and picking out the right wheels to follow!
Posted by Johnny_Perry at Sunday, March 29, 2009 No comments: