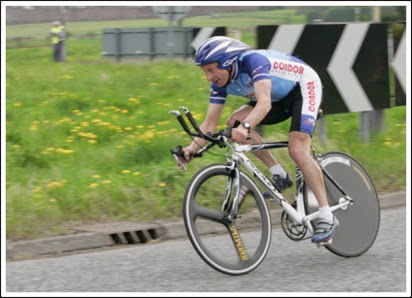 Well done to Brian who on Bank Holiday Monday travelled down to Aylesbury for the Veterans National 10 mile Time Trial Championships where he secured the bronze medal being only 10 seconds away from gold (in fact if he had been born 2 weeks earlier he would have taken the gold medal). His time of 21 minutes 15 seconds broke his own over 70's national record by 2 seconds. 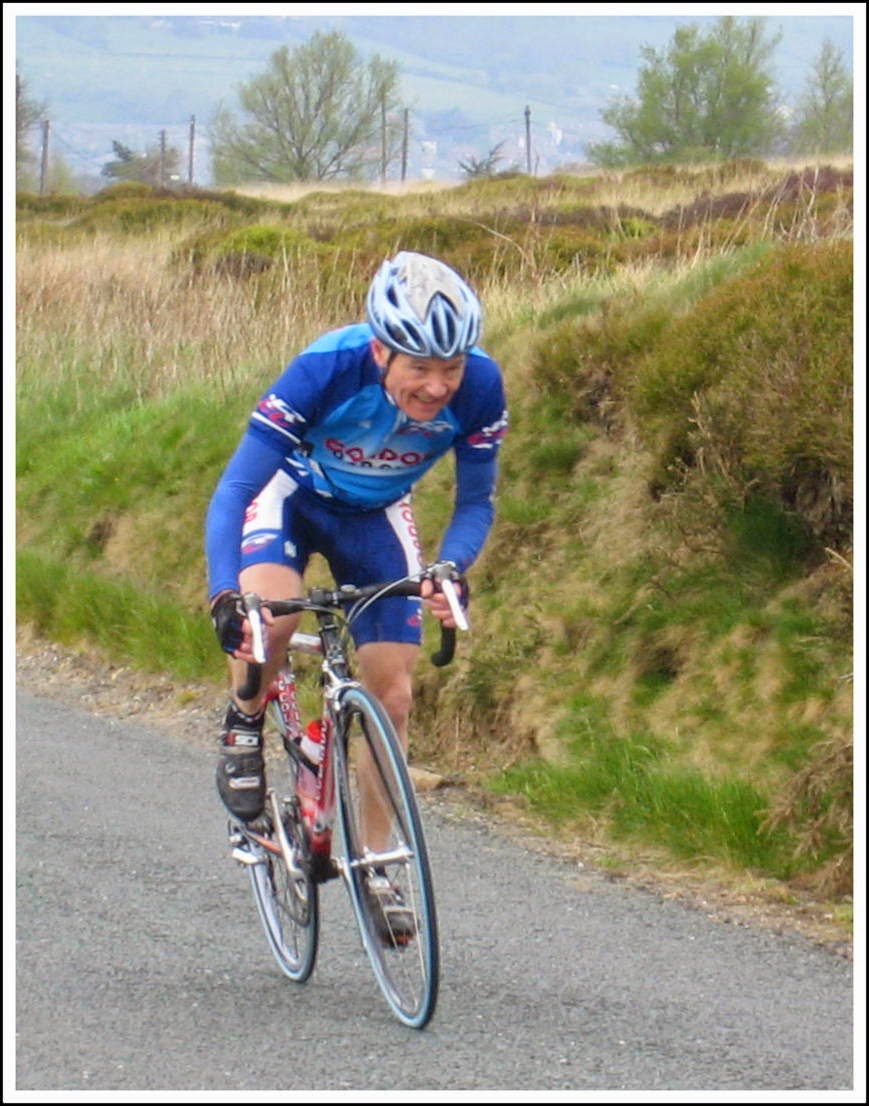 Meanwhile Grimpy, not content with single day racing travelled down to Worcestershire for the LVRC Abberley's 3 day stage race.  Day one started with a 2.5 mile prologue in the morning where he rode tactically, saving himself for the afternoon road race. He hung in there on Sundays stage 2 but even he admits to suffering on Mondays hilly stage 3.  However he came through to be the only survivor in the over 70's category. 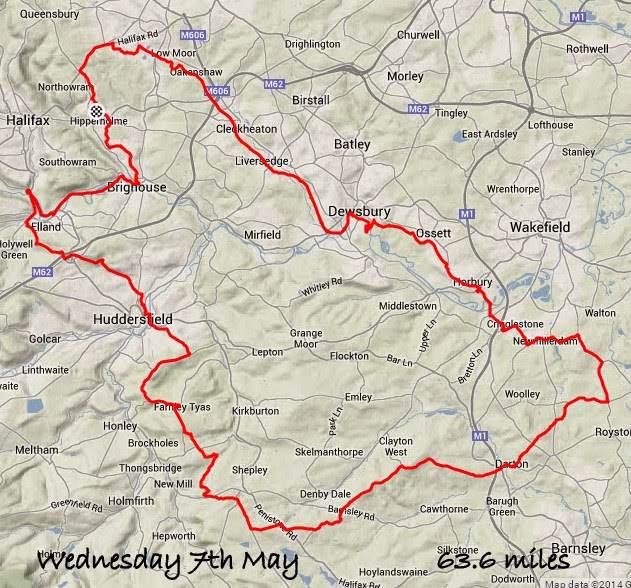 Not surprisingly John hadn't fully recovered for todays social run from Shelf Roundabout. Early rain saw 10 of us rushing down the Greenway and up to Ossett, over the Horbury Junction railway bridge and into Newmillerdam Cafe for 11.30.
However they were only short showers and all too soon Peeps was mustering the troops keen to hit the road again. Brian, having missed his usual high mileage Tuesday was feeling fresh and ticking off a few names in his black book whilst JK, overtrained and not recovered from the previous evenings time trial, suffered from the lack of team mates once Robert Stanger retired with a mechanical at Upper Denby. I pointed out to Martin that his Imps team mate needed help but he just referred to an incident back in the 70's, when as a young inexperienced sprog JK had left him and thought that it would be an appropriate time to get his own back.

Posted by petehorne at Wednesday, May 07, 2014 No comments: Links to this post