The Imps LVRC Road Race on Saturday was run off at a blistering pace in fine and dry conditions with Brian waiting until the penultimate lap to make his attack, securing yet another win in his age category whilst Grimpy policed the bunch then secured 2nd place for himself.
Whilst our super-vets left it until late in the race to attack there was no such patience shown by the youngsters on the over 50's race with Mel being joined by our good friend Mark Saddler and a couple of others forming a hard working break as early as the 1st of the 10 laps of the longer Norland circuit.  The were eventually joined by 2 others and working hard throughout stayed away until the finish with Mark and Mel securing 4th & 5th respectively.

On Sunday, whilst Brian, John and Mel were resting on their laurels, Padiham Chris, Paul Daly, Oakworth Steve, Adrian and myself signed on for the Red Rose Ride 200k Audax where we were joined by Martin Croft and Dougie Burnside of VS Cycles plus about 30 others.
Many thanks to Dave Dodwell and Calderdale CTC for organising such a good day out, and another big thank you to Dave for the photos. 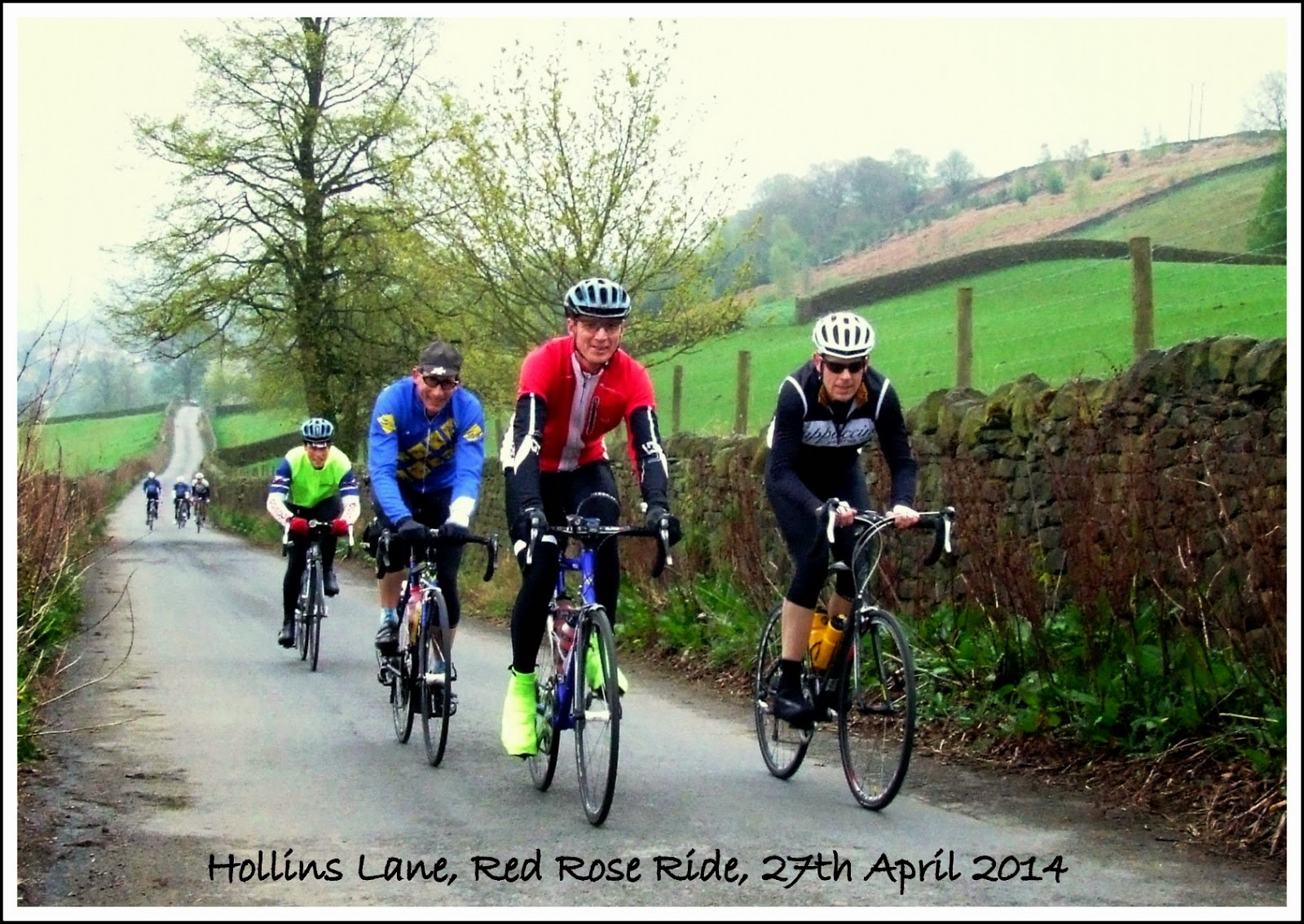 As ever it was a hectic climb out of Halifax through Dean Clough and up Ramsden Street to Ovenden, Illingworth and over the cutting to Denholme. 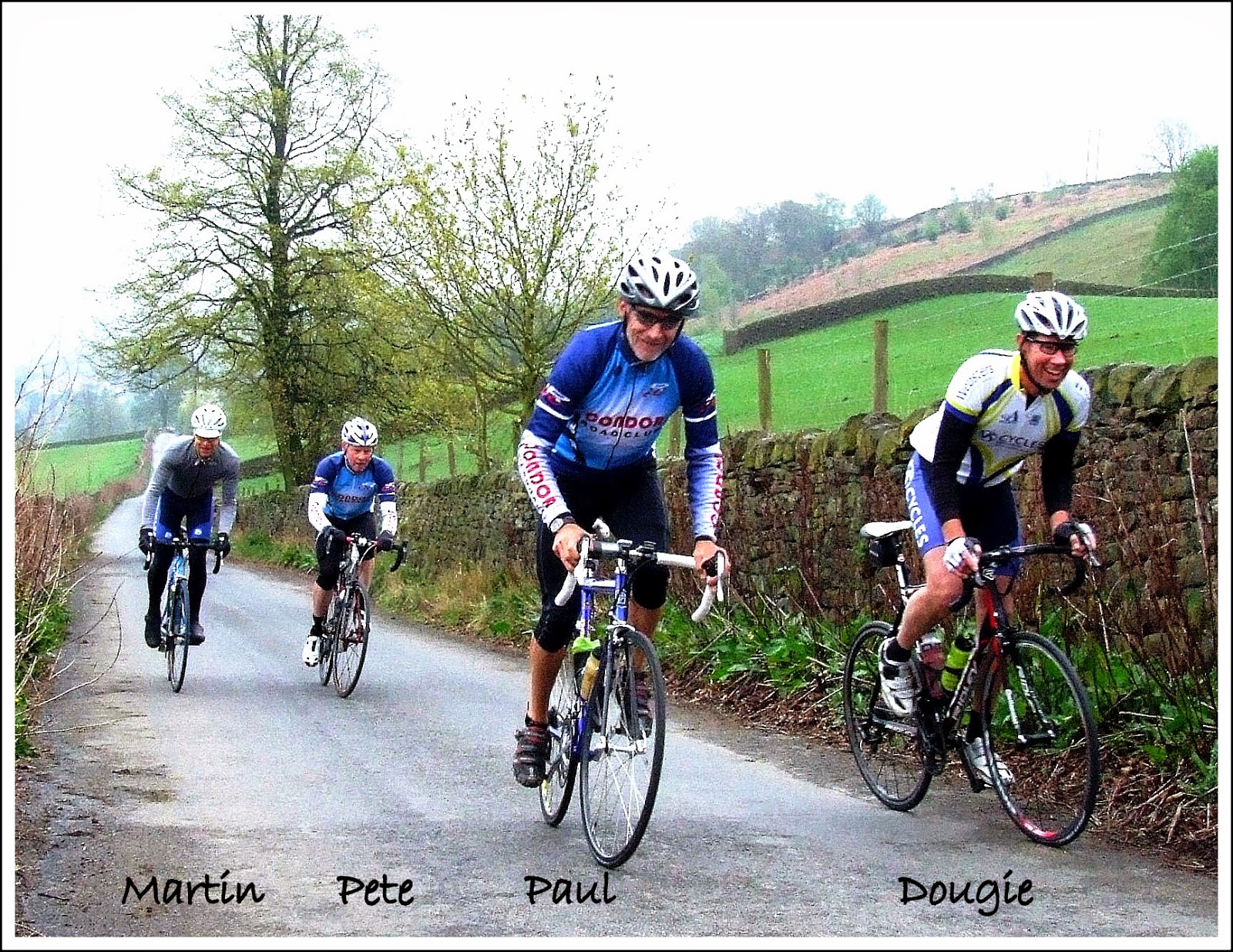 Once through Keighley things were settling down and we enjoyed the back lanes to Steeton before taking full advantage of the tail wind from Crosshills over the Moss and into the Red Rose county. 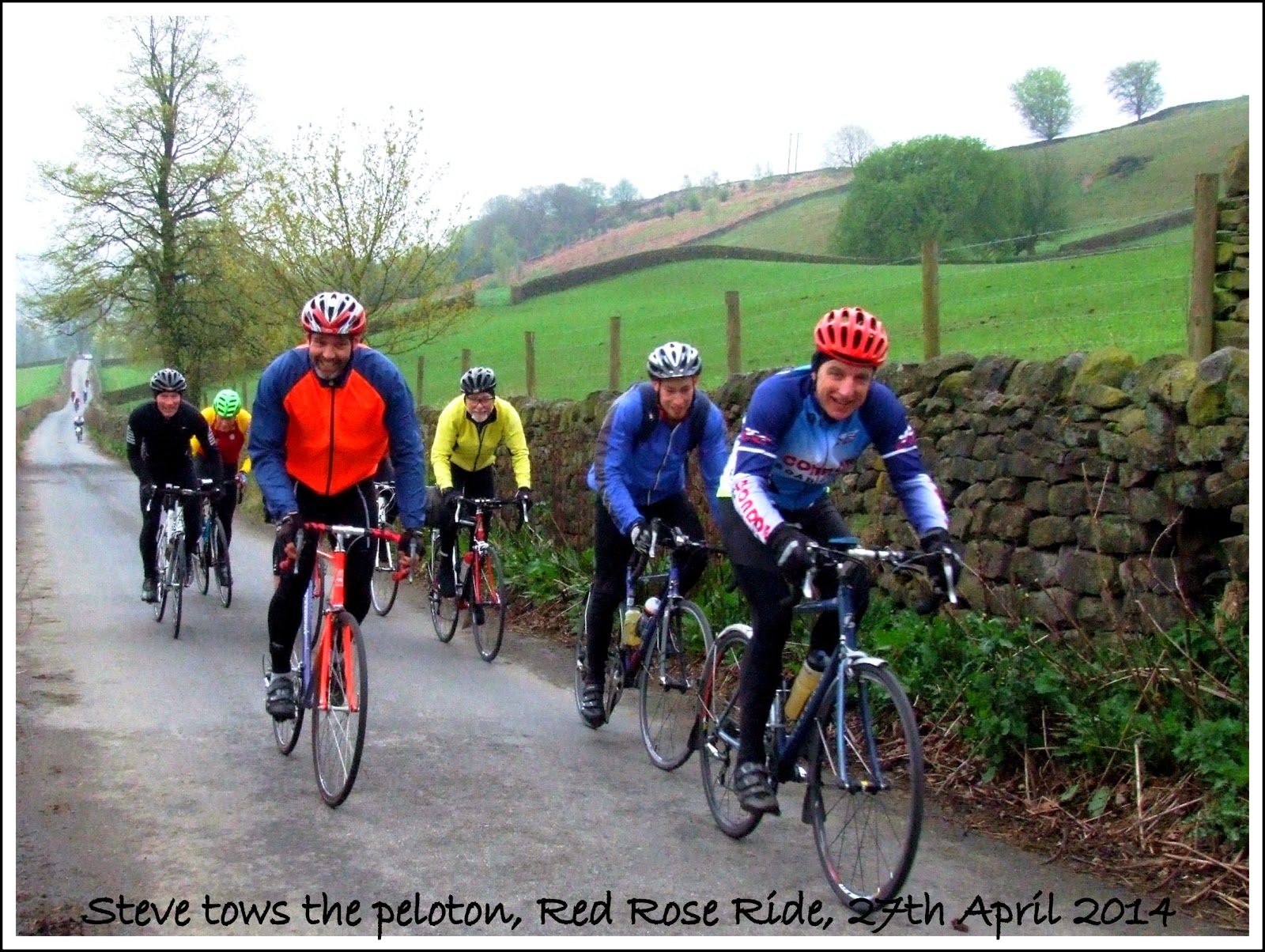 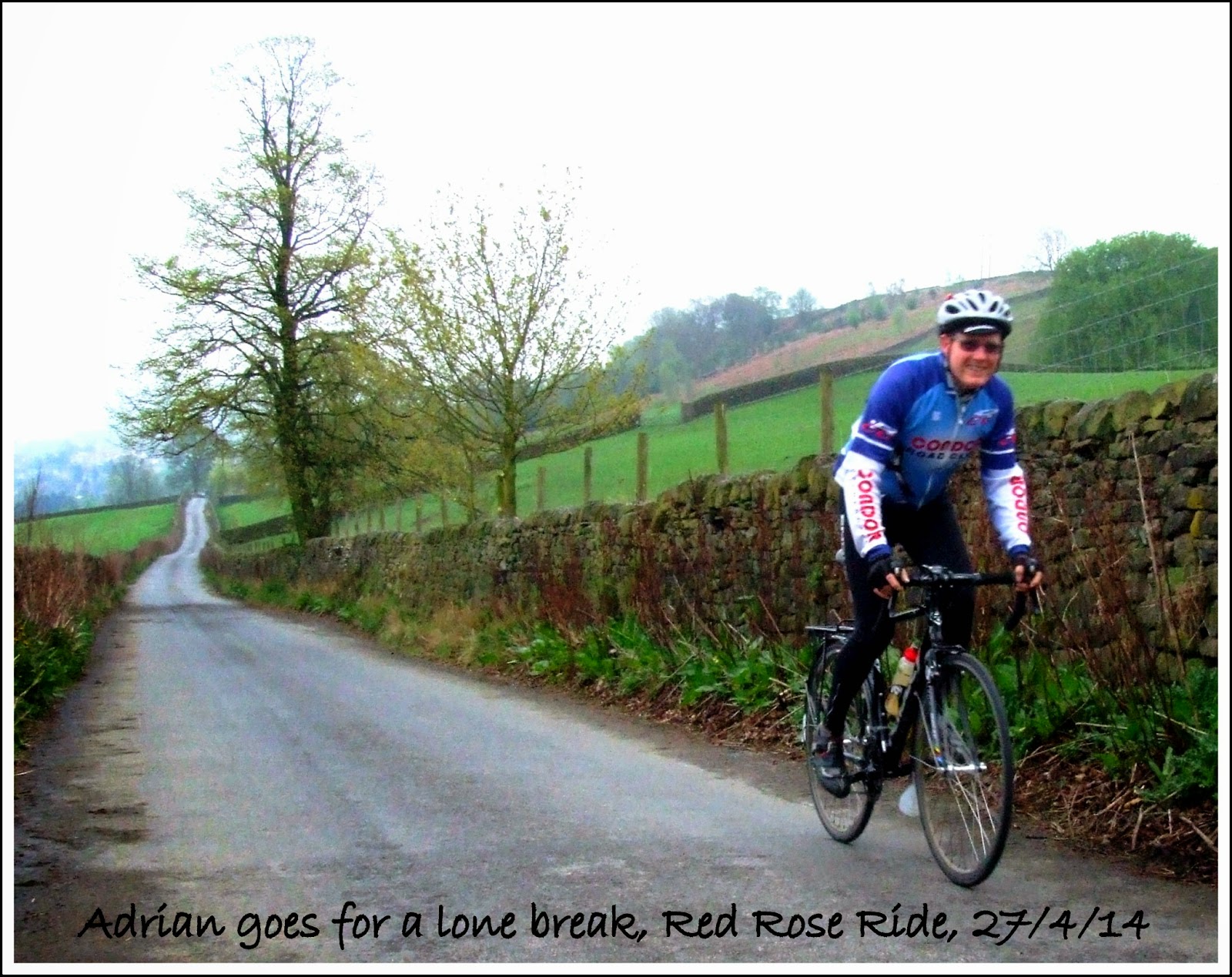 The helping wind blew us along the ridge to Whalley and into the Forest of Bowland. The normally feared Trough of Bowland came and went and we enjoyed a super fast run-in to our control and lunch spot at a surprisingly quiet Lantern o'er the Lune cafe at Glasson Dock. 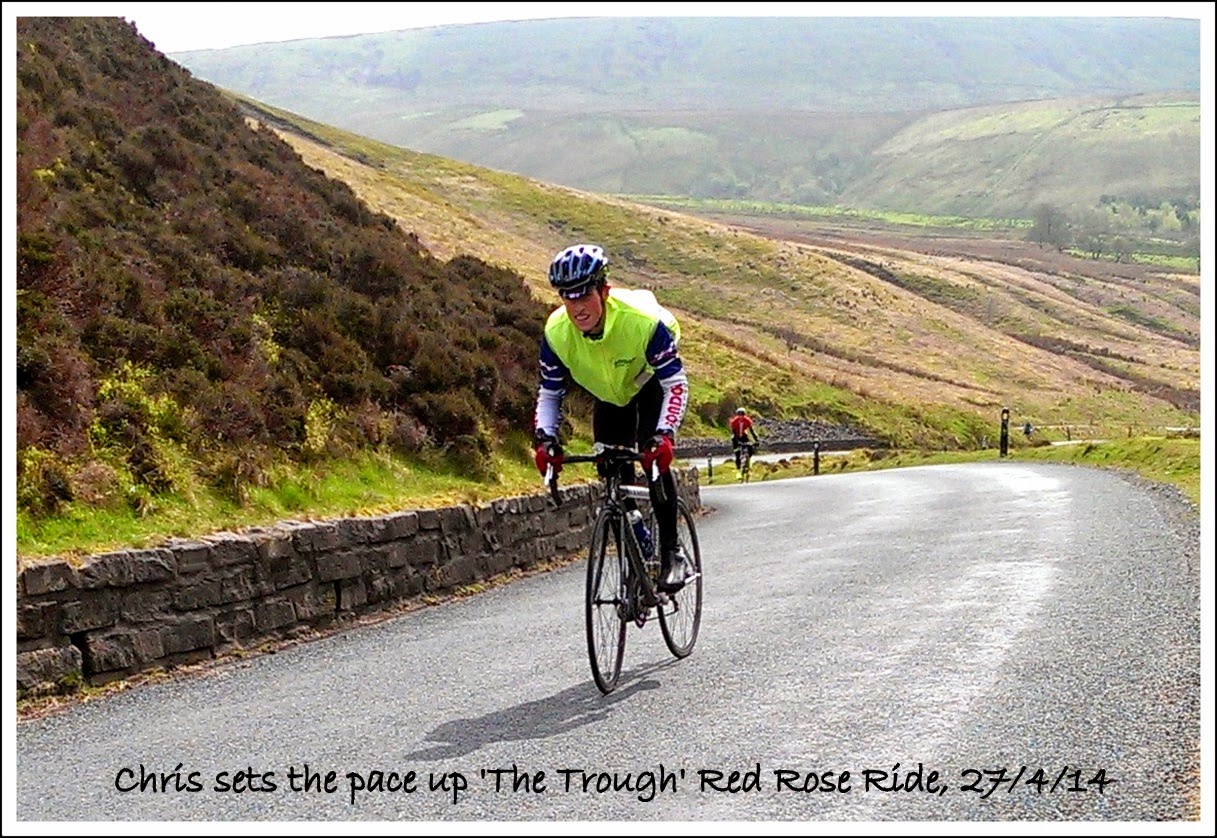 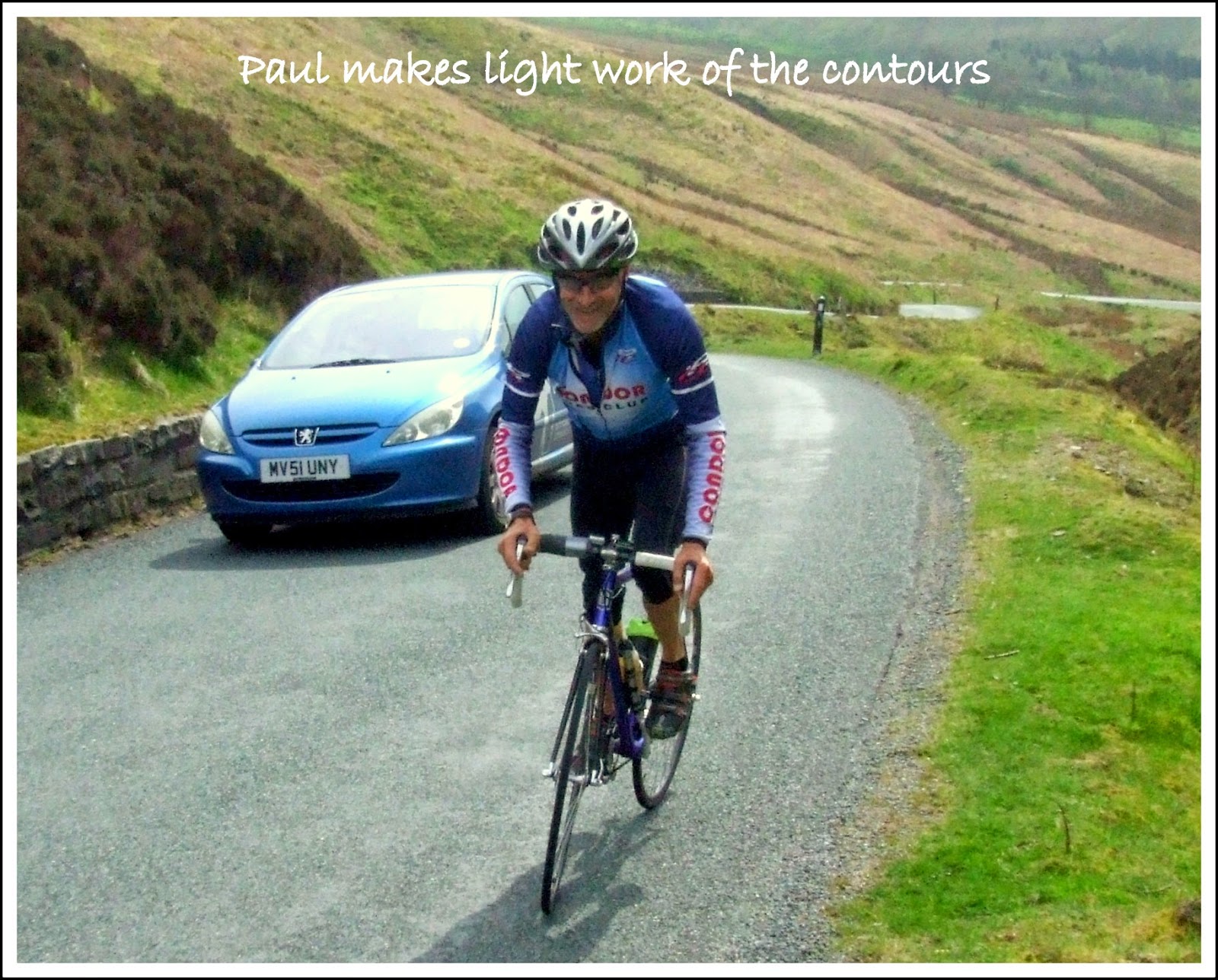 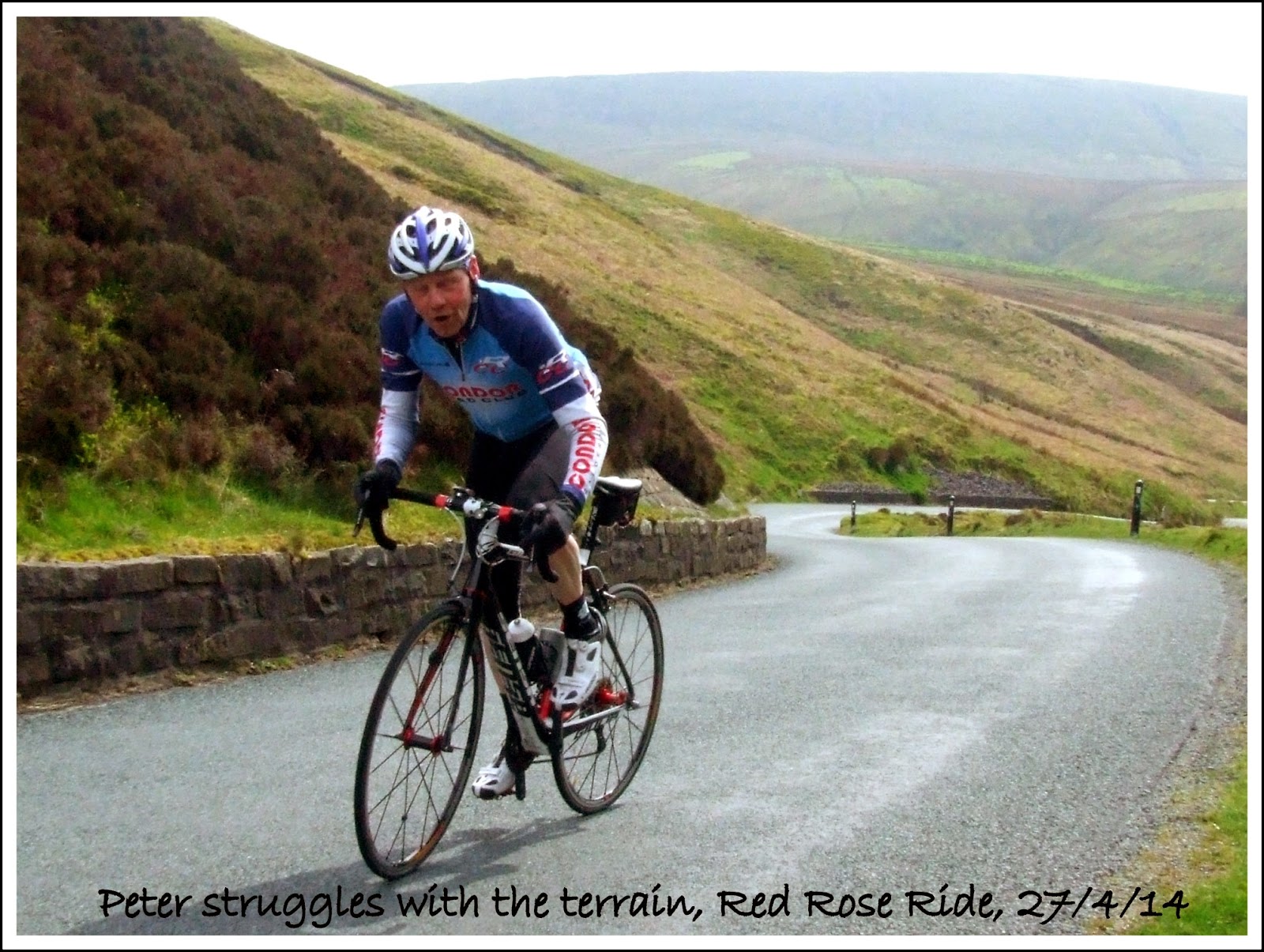 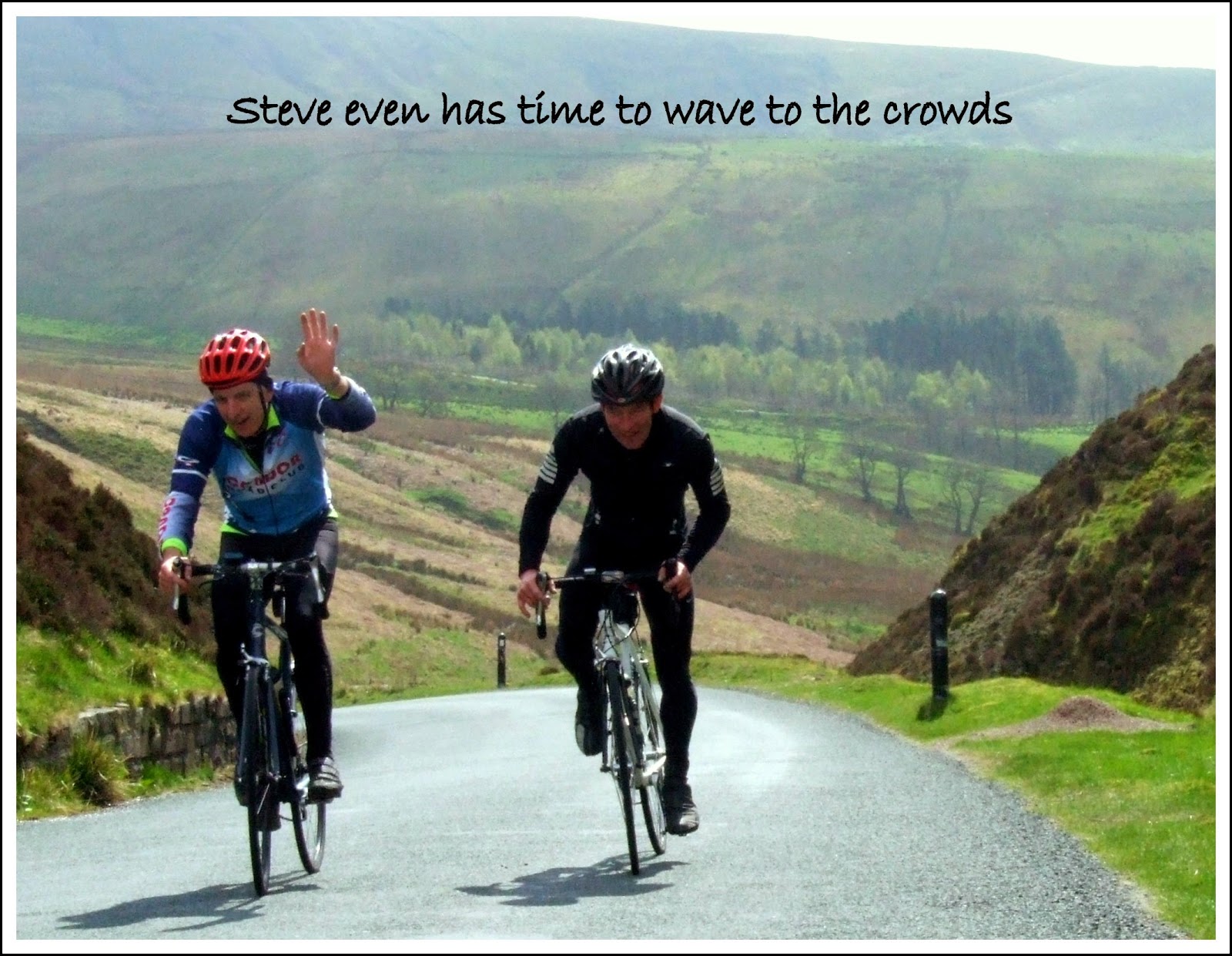 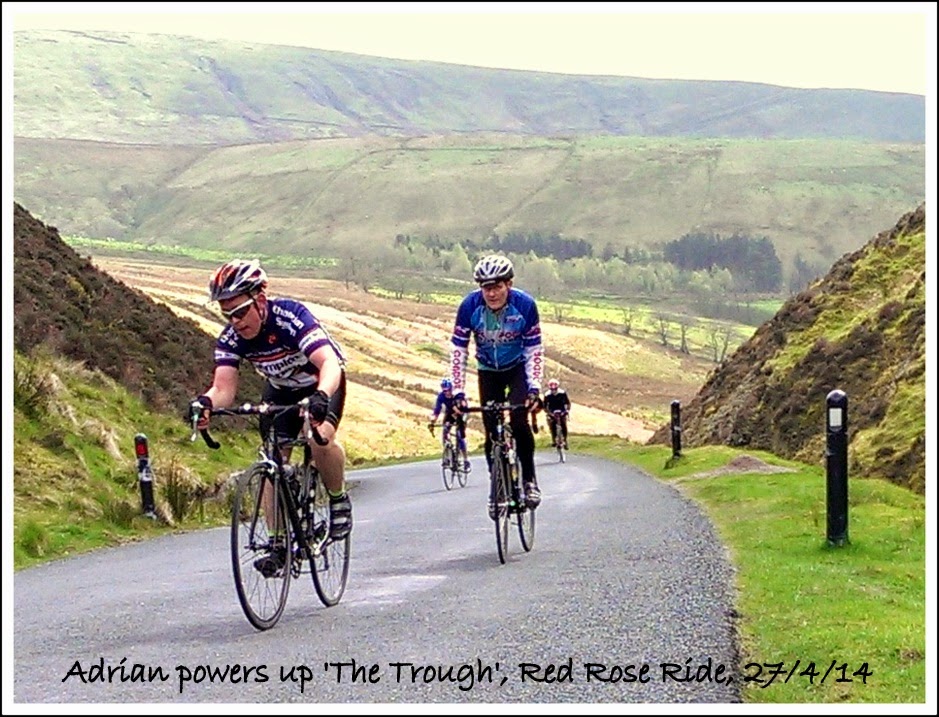 After a restful lunch sat in the sun outside the cafe breathing in the sea air we eventually decided that progress was needed so the 8 of us, 3 Condors, 2 VS's, Flat Earth Bob from VC167, Dutch Mike from Cappuccino and Mancurian Nathan left the seaside behind hoping that the wind had now swung round from the east - it hadn't!  A good pace was set down to Garstang but from there it was due east, directly into the wind. We stayed together to Longridge but from there Chris switched on to overdrive and was coasting up the many undulations without slowing down. There was no way I could hang on and I was left to view a splintering pack disappear into the distance as I battled the headwind alone for the last 40 miles eventually arriving back at the Oddfellows Hall at 4.20pm, 20 minutes behind Chris who had finished alone with Paul hot on his heels.
Another memorable day out, thanks once again to Dave and the team. 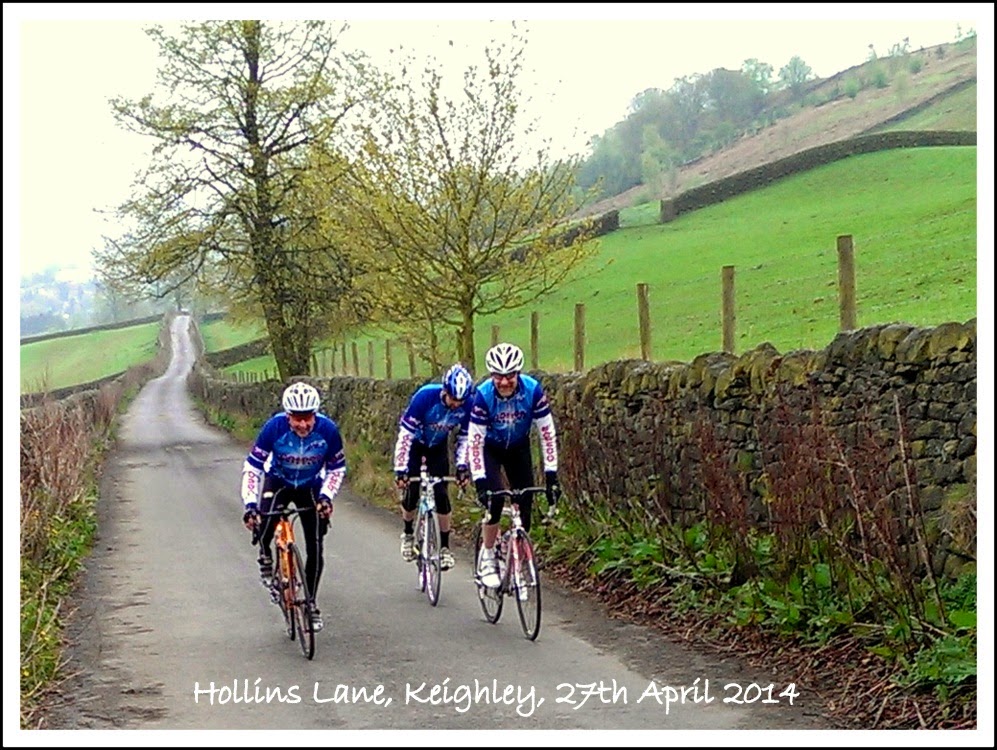 Don't know where the above motley trio came from - must have just turned up for the photo shoot!
Posted by petehorne at Monday, April 28, 2014 No comments: Links to this post