Nothing for ages and then two at once. See the report below from Nigel too.
A handful of Condors made the start of the Autumn Mists among the 55 riders in total who set off in a light downpour from this side of the Pennines, and which just got heavier and wetter as we crossed the border.
Robin unscrewed his bottom bracket at the "wrong" end of Long Causeway and had an early waddle towards home. He was lucky. I fought to stay with the group but, after a hard climb to Heptonstall and getting back on twice with some daredevil descending by the New Delight and flat out time triallng through Kebs to the windmills, decided that the pace was just too high to bother any further. I turned for home from Burnley and went back over the Herders.
"The Condor" himself managed a fine ride and was first back from the longer version - our man is quoted as saying "Everyone seemed to be messing about and it was a day for getting on with it". Meanwhile, the 'other Hartley' had a gentle ride round the shorter route, but still managed to beat his brother to the fine tea laid out by Chris Crossland and his team.
As you know, Condors are built for soaring through the high mountains in bright sunshine. We're not some sort of water bird like a penguin, say, though the colours are similar. Still, it looks like this penguin can walk on water, which would have been useful given the puddles in some places. 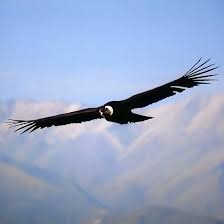 Posted by Ian Robinson at Wednesday, October 06, 2010 No comments:

Yes, you are in the right place. I've given the blog a quick makeover. Ian
Posted by Ian Robinson at Wednesday, October 06, 2010 1 comment:

Only a few hardy Condors braved the deluge on Sunday for the CTC rides,I dont mind a bit of rain but when a mop & bucket are needed at the signing on desk it's more than drizzling.

I turned up for the 50k ride and discovered 55 stalwarts had set off on the long one including Robin, Ian, Melv and a VS contingent, perhaps not liking the look of the weather, other condors were "thinking of building an ark".

Apparently a "lets get this cracked off" pace was set by Melv up to Heptonstall which rent the group assunder. Robin, having a rare off day, had it even worse when his bottom bracket dismantled itself over the long causeway. He turned for home at this point, as did a cold and wet Ian, while Melv, oblivious to their plight pushed on with VS.

After a buttie stop at Slaidburn (taken inside the cafe, thats how bad the weather was!) the condor pressed on, leaving lesser mortals trailing in his wake and ploughing through deepening flood waters to finish at the front of the pie queue in Hebden.

The 50k route was a relatively easy carry on, only going as far as Worsthorne before looping back, the most taxing thing being locating house names and numbers for the information check points. Working on the theory that such a short ride doesn't warrant a cafe stop, I too was first back (in a massive field of 9 including hy-brids and a tandem!).

The heavy rain never gave up through the entire ride and some sections over widdop were almost impassable as water surged off the moors and across the road up to bottom bracket height. Brakes were pretty useless as they wouldn't dry out and I ended up walking down the steepest descent over widdop. I usually walk up the hills over there!

I'm afraid I didn't wait for the long ride to return to the finish, from the HQ we could see the Calder completely filling the bridge arch outside. Folks were even posing for pictures by the swollen torrent as the flood warning siren sounded! I heeded its warning and headed for higher ground, in bottom gear!
Posted by nigel at Wednesday, October 06, 2010 No comments: