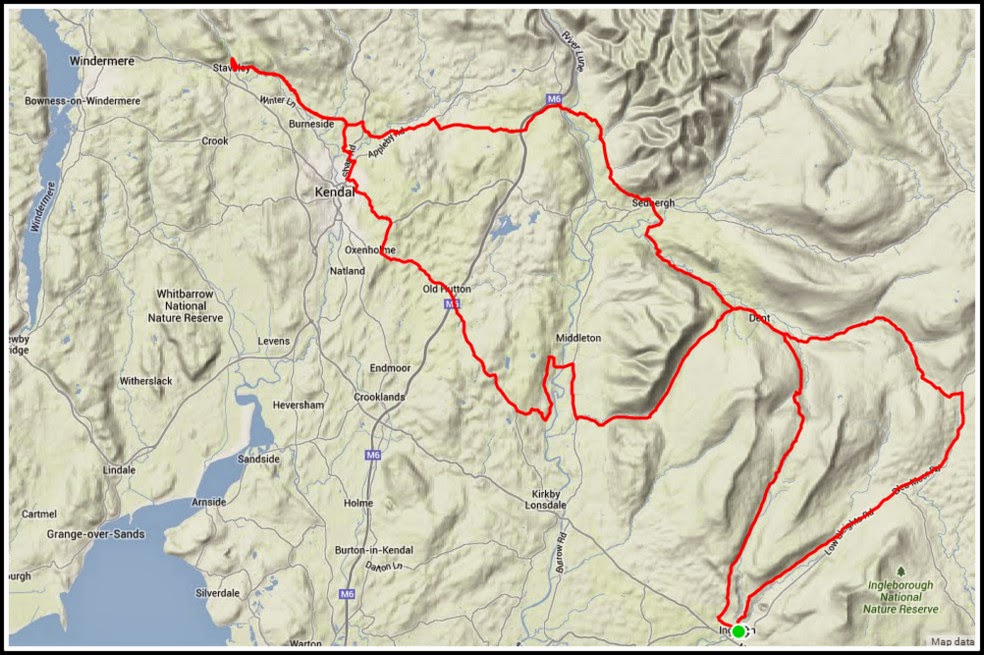 Along with Chris, Paul and Melvyn I accepted Pete’s invitation to meet at Ingleton to follow the route of the Wheelbase Spring Classic which had been run from Staveley at the end of March. Pete had entered and paid to ride this sportive but had been unable to participate because of illness – tenacious as ever he was determined to get his money’s worth so here we were.

We started at Ingleton rather than Staveley and headed out on the old Roman Road to Chapel le Dale and Ribblehead before heading north through Dent Dale to Dent. We rattled across Dent’s cobbles on route to Sedbergh with barely a thought for the village’s picture perfect streets – we were to return later in the day to take afternoon tea but that was several hours away.

From Sedbergh we crossed the M6 and A6 before arriving at Staveley where we had lunch at Wilf’s Café - just across the yard from Wheelbase Cycles and next to the Hawkeshead Brewery. The weather had started bright and despite some occasionally threatening high cloud had stayed that way so we were able to eat outside; fortunately we arrived before the 11.30 cut off for cooked breakfast so that’s what we had – rather than lunch. Chris I believe had a sandwich but that’s the folly of youth for you.

We parted company with Melvyn at our second visit to Dent where the rest of the party stopped for tea – Melvyn had to press on - he’d another 10 miles or so to do following Ingleton as he’d parked in Gargrave and needed to get home.

The return to Ingleton was perhaps more spectacular than the ride out taking in   Barbondale, Deepdale and Kingsdale - without question it was more challenging. Whilst the climb of Barbondale was a joy with both the wind and the sun on our backs the climb out of Deepdale before the drop down Kingsdale was more of a grind – at least for me.

Great day out enjoyed by all I think – thanks to my companions for accepting my yo yoing off the back up every hill – I hope it didn’t disturb the rhythm too much. 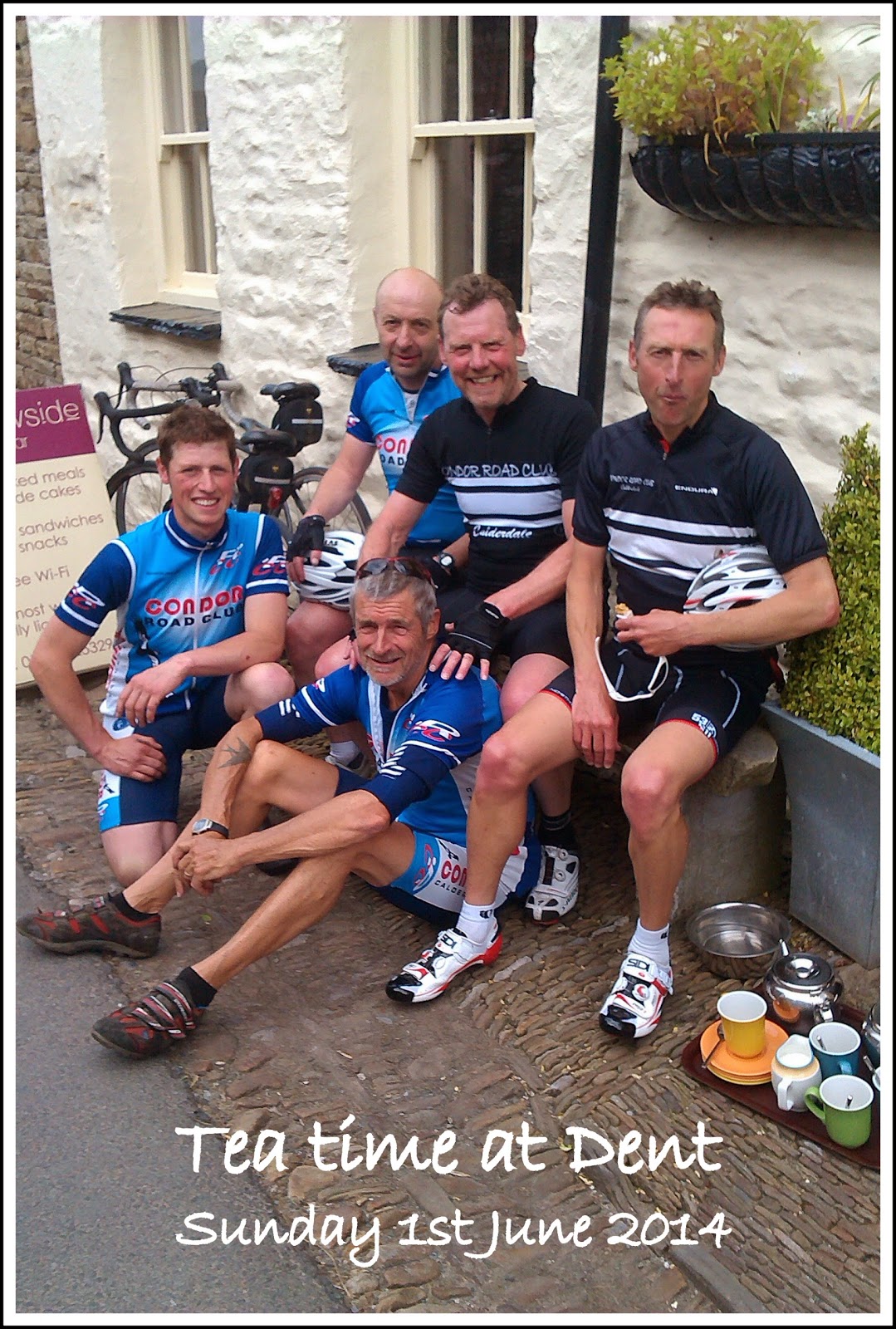 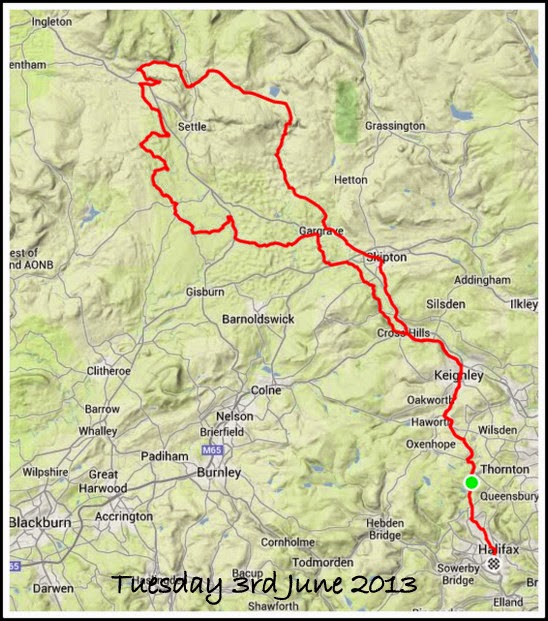 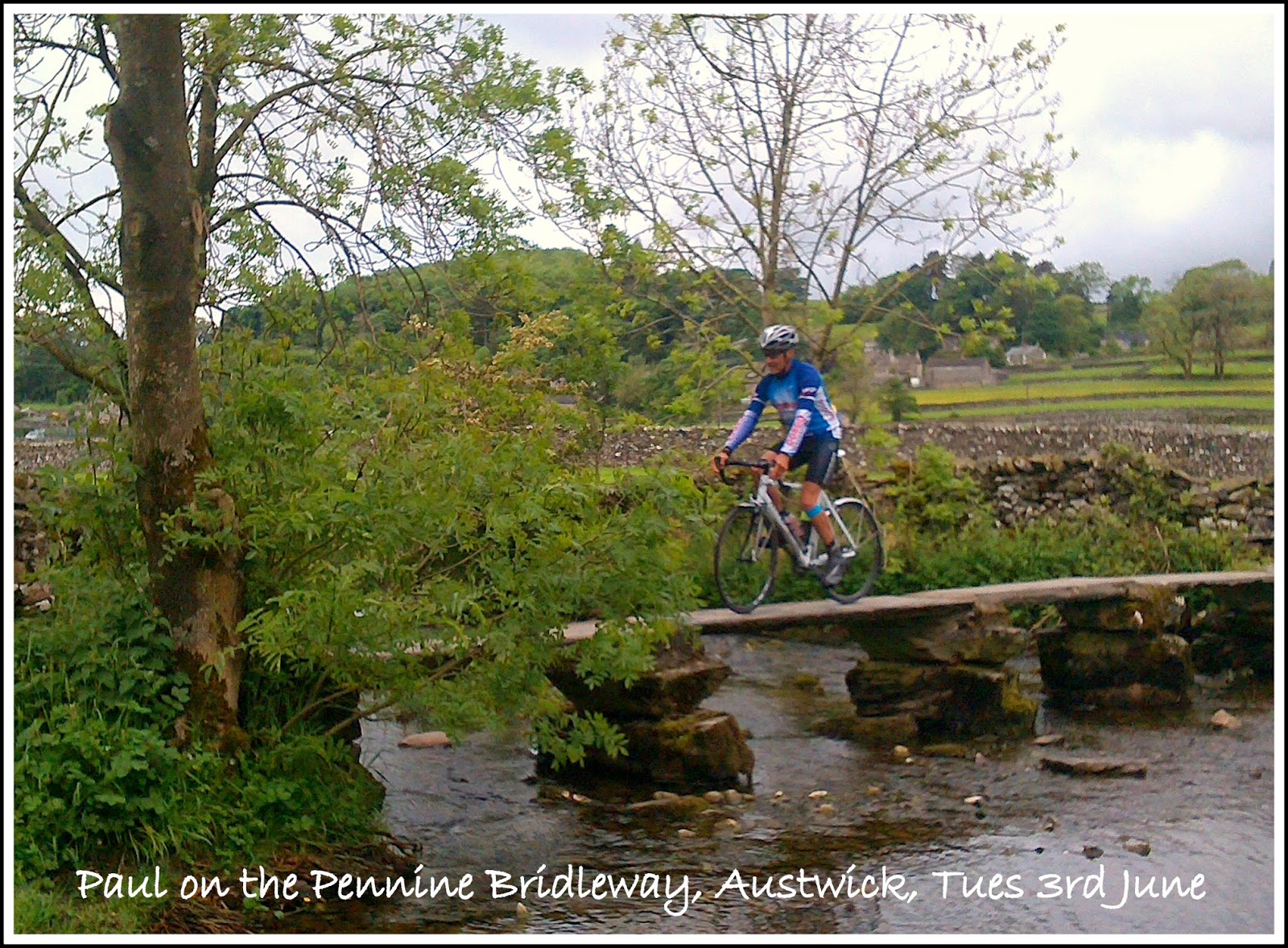 Posted by petehorne at Tuesday, June 03, 2014 No comments: Links to this post