The Badger meets The Condor and The Imps 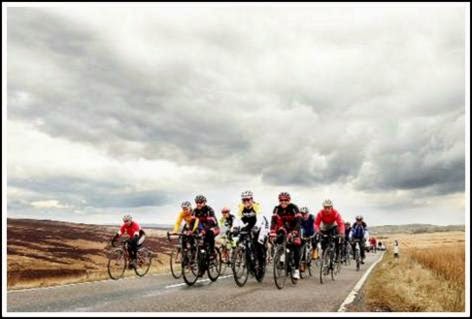 Many thanks to Jonathan for the invitation and to the Robin Hood for providing a magnificent spread. We had a good turn out when we met at our usual Wednesday time and place, 10am at Shelf Roundabout. A decision was made to make our way to Cragg Vale's Robin Hood via the Spen Valley then the Calder Valley Greenways intending, rather over-ambitiously, to get there via Ripponden, Rochdale Road and down the Cragg.  However a puncture stop at Mirfield delayed us and it became evident that a quicker route was needed to get us there for 12.30, so from Ainley Top we dropped down through Blackley to West Vale and were then towed at great speed by Paul Daly and Phil Haigh along Wakefield Road to Sowerby Bridge.
By the time we got to Sowerby Bridge the peloton was spread far and wide but a sensiblle decision had been made that it was better for some of us to get there at the promised time than all of us be late so we pressed on along the canal bank and cycleway to Mytholmroyd and got up to the pub just after the great man had arrived. 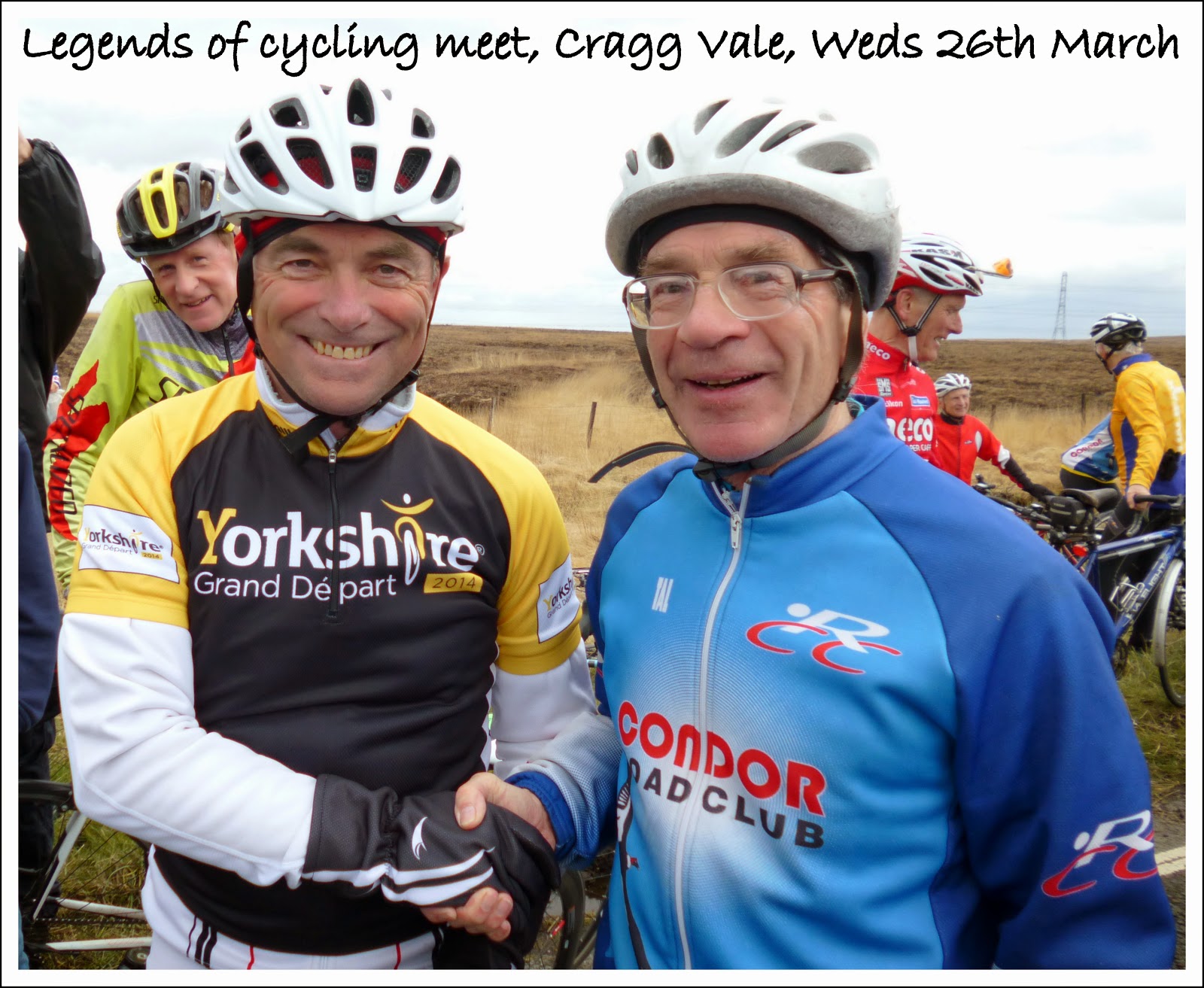 Naturally Bernard asked where Paul Gower was, Paul, who is not yet fully recovered from a recent bought of flu had been discarded somewhere en-route but a friendly Imp had waited and paced him up the Cragg. 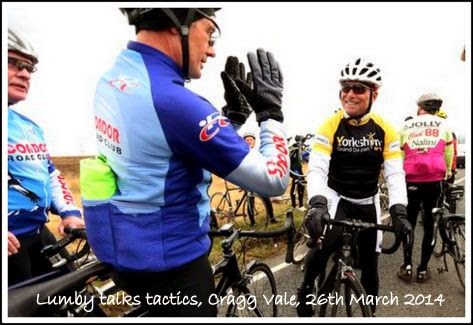 Once he had taken refreshments we were ready to put the show on the road and the worlds press and TV gathered on the B6138 to witness Bernard, Russ and Dean Downing, Paul and an assortment of Condors, Imps and miscellaneous others promenade up to Blackstone Edge Reservoir. 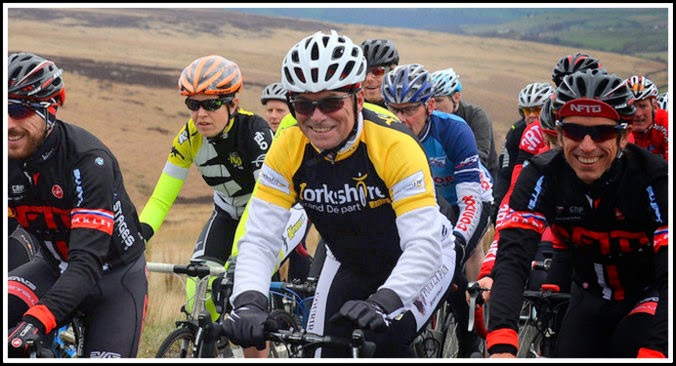 See http://www.itv.com/news/calendar/topic/yorkshire/ for some TV coverage.
Posted by petehorne at Wednesday, March 26, 2014 No comments: