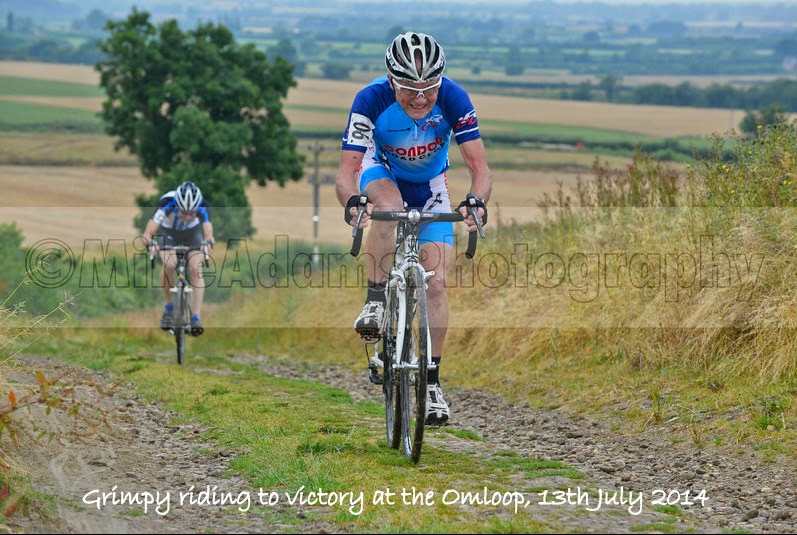 A great weekend for our racing lads with Brian smashing the British age record for the 50 mile time trial with his time of 1hr 52min 13secs in the Yorkshire Road Club event whilst Grimpy was riding to glory in the LVRC 'Omloop van der Drie Dorpen' , an unusual 'road race' in that 40percent of the course was on unsurficed roads. 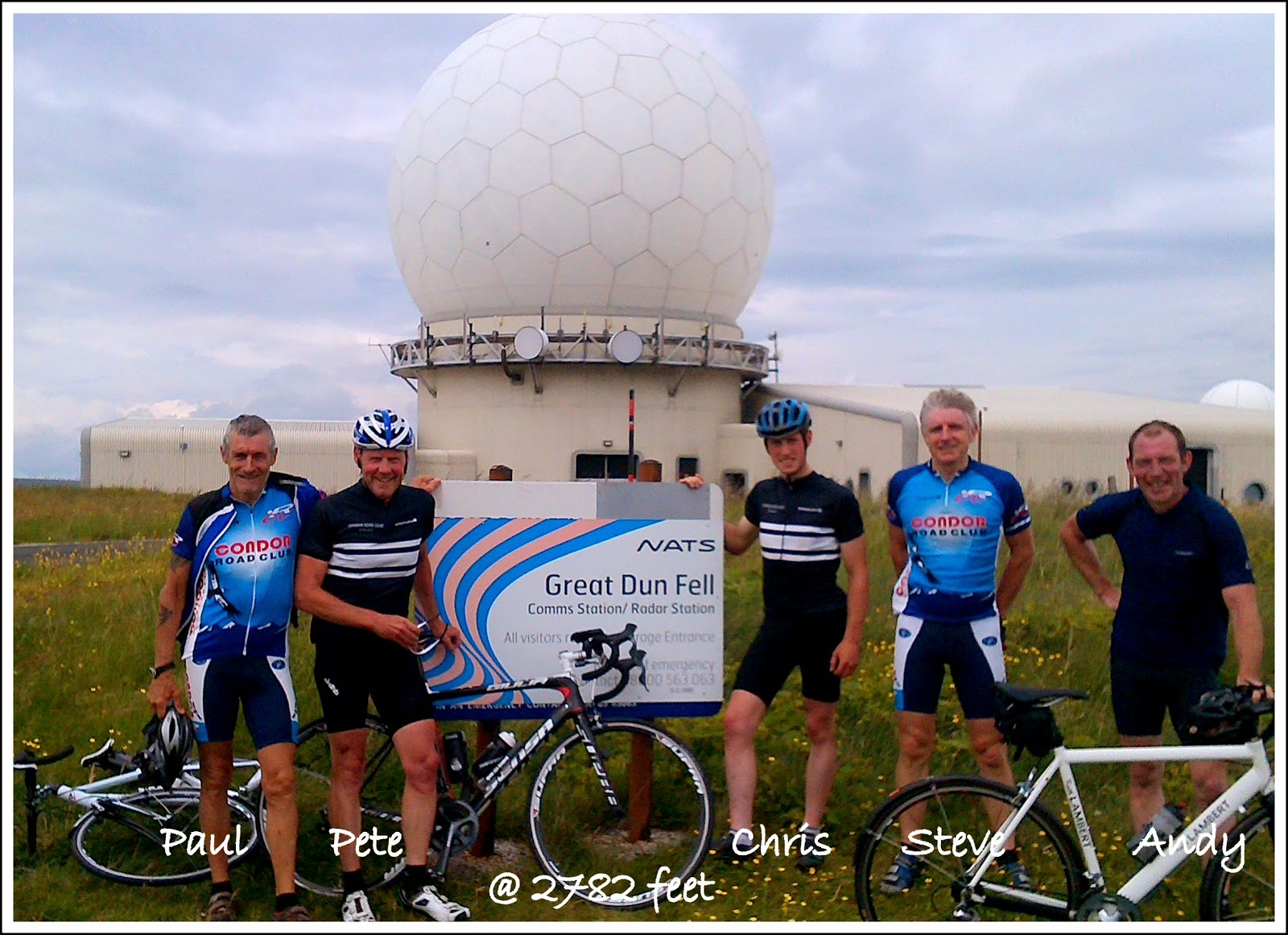 Whilst the racing lads were earning their prize money the touring section were flying the colours in the North Pennines with a 60 miles warm-up over Long Grain, Yad Moss and Hartside before attacking the great Great Dun Fell, the highest metalled road in the UK. A great day out with superb views over the Eden Valley and the Lakes.

Thanks to Simon Warren & The Guardian for the following write-up -
'This is the greatest climb in England, this is our Mont Ventoux, it has no peers, there is no comparison: Great Dun Fell is simply unique. I'd waited a long time to ride this road, initially put off by its "private" status. I was to discover that there is absolutely no objection to cyclists riding it, although few would be mad enough. Approaching from either direction you see the radar station's "golf ball" glowing like a beacon on the top of the ridge. Turn away from the village of Knock and begin opposite a farm gate. The climb is tough right away, then gets tougher still as you bend right into what is a small taste of things to come. Get through this, the first of many brutal stretches, and things back off for a while before ramping up to the first of two gates. Through the gate, straight over a cattle grid and into more hard work, the road bending left past a stone shelter, a sure-fire signal – although you are nowhere near the top yet – that you're heading into truly hostile country. Up and up, and then mercifully dipping, or is it just levelling? Whatever it is, it makes the stretch of climbing ahead look terrifying. Approaching 20%, you crawl through harsh, boulder-littered scenery, a massive slog to the briefest of levels where the classification of the road changes – public cars are allowed no further. Now very narrow and lined with snow poles, the climb is so well surfaced it resembles a two-metre-wide carpet. And it's so steep, close to 25% at the point where the tall valley walls disappear and the radar slowly rises over the horizon to sit above you, tracking the remainder of your progress. Through a second gate it's easy for a while then bending right once again it's leg-breakingly tough to the finish at the station, where, looking around you, you might as well be on top of the world.' 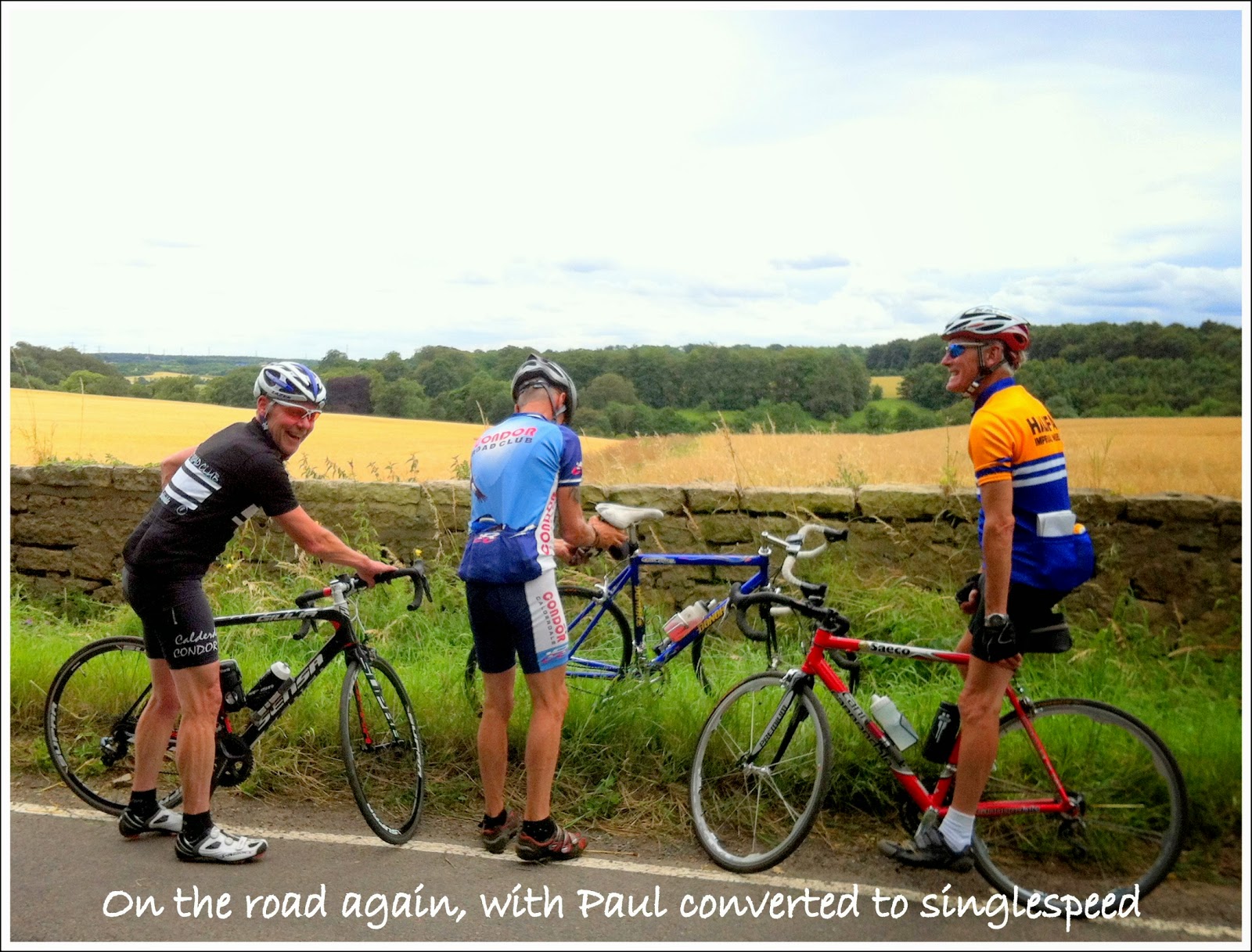 An adventuous day out on the Wednesday﻿ Run today with Grimpy taking us to Tadcaster for lunch via the Greenway to Ossett and Fairburn Ings with Mr Gower just missing out on the honours at the Tadcaster sign.  Paul D then came to grief he was leading us through fields of ripening corn in Bramham Park when his rear derailleur hanger snapped off the frame. Unperturbed he quickly converted to single speed and drove the peloton on to Eccup Reservoir where we were delayed for a short time by 8' high barriers. After a lecture on the dangers of going near heavy plant the friendly workmen allowed access but the delays meant we finished the ride off on the busy but quicker Bradford ring road. 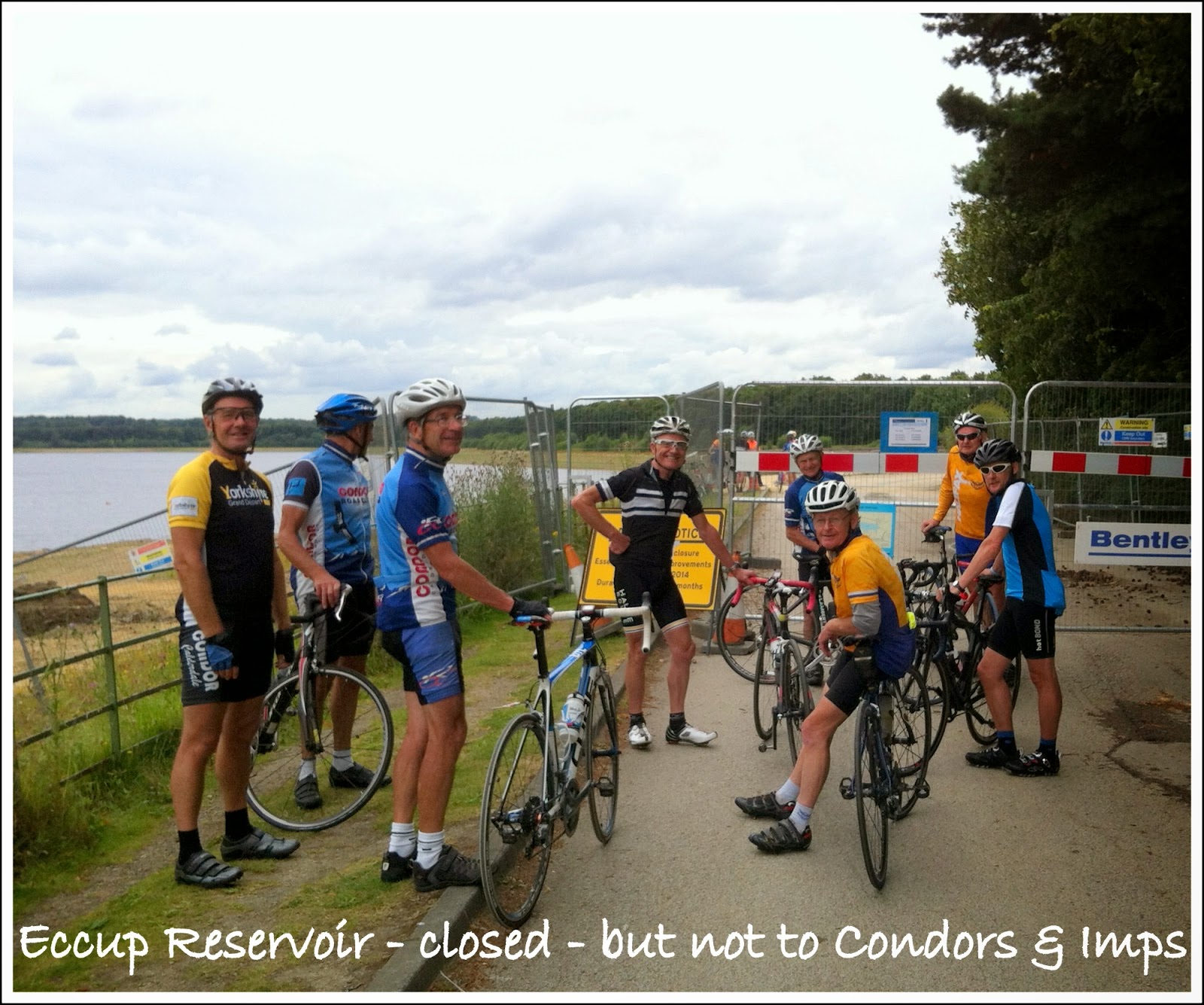 Posted by petehorne at Thursday, July 17, 2014 No comments: Links to this post