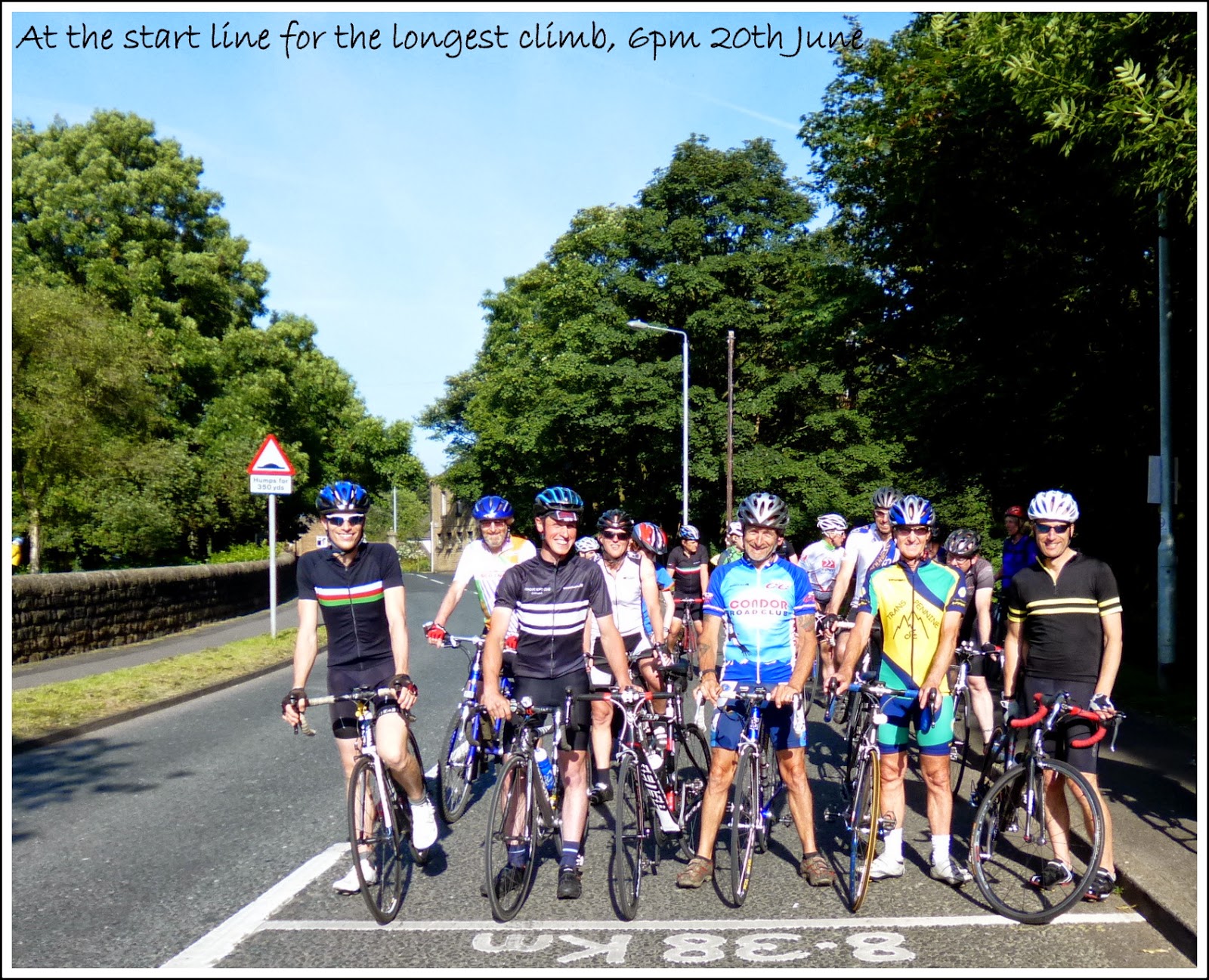 Great weather for Jonathan Emberton's Cragg Vale extravagaza. There were 20 or 30 on the start line at 6pm with many others joining in throughout the evening to enjoy favourable breezes and a stunning sunset. Halfway up the first ascent Paul D and Chris took over at the front of the peloton and it was at this time that my legs began to protest. Strange as it may seem this problem afflicted almost everyone else as well and the field was in tatters. It was in reality a relief to let them go and settle in to a more comfortable pace. 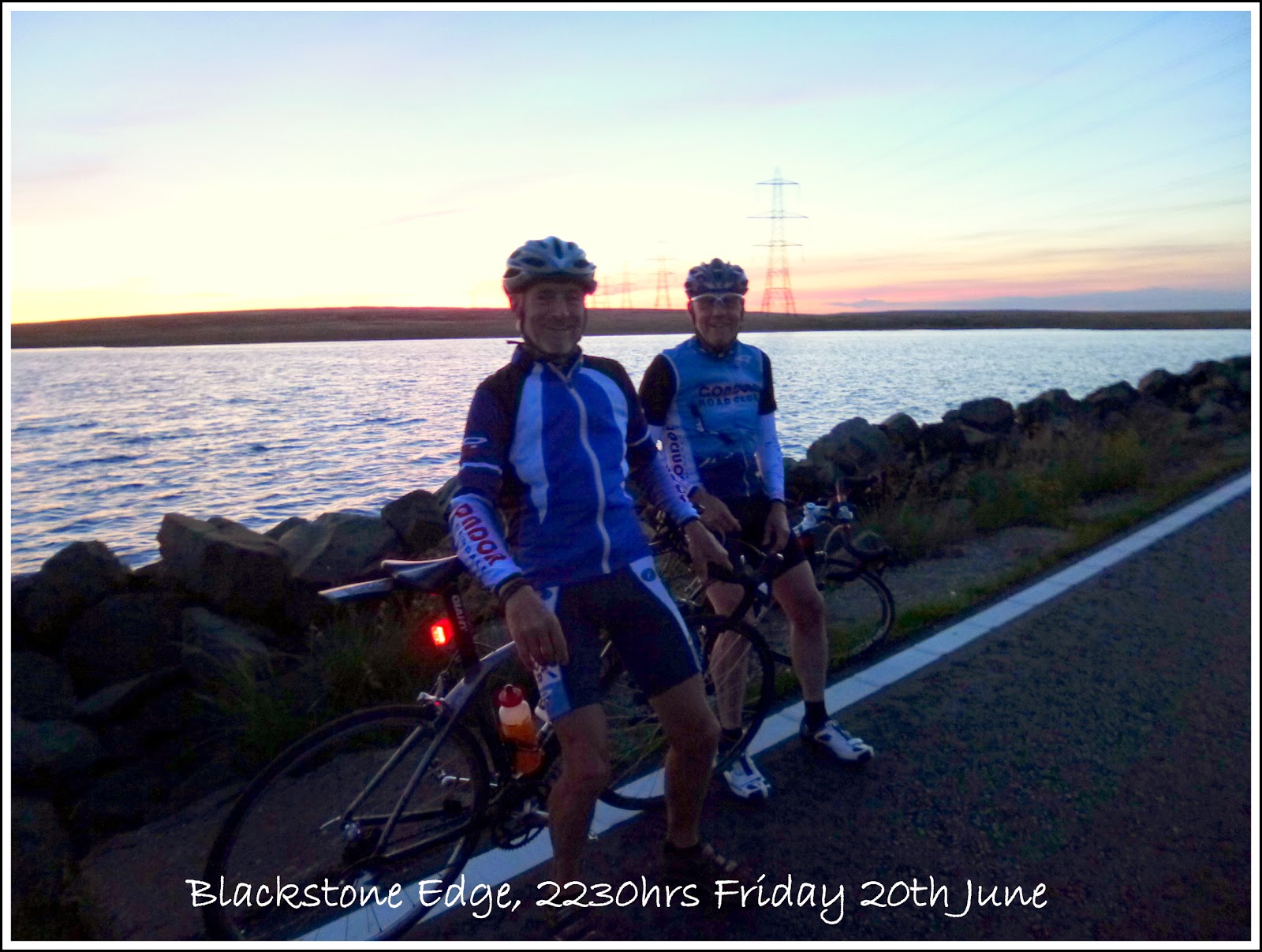 Both Paul and I had only intended doing two or three ascents but we were enjoying ourselves so much that, when I found Paul sat outside the Robin Hood with a pint in his hand after three climbs he took little encouragement to join me for a 4th ascent.
We then re-hydrated for a while back at the pub, after a couple of pints we decided it would be fun to do a 5th ascent, which we did with Pauls mate Mark, then we ventured home fitting in a sprint up Ripponden Bank as our finale'.
................Meanwhile, Padiham Chris, upset that he was unable to ride the whole 24 hours due to work commitments on Saturday, was really warming up to the task. Whilst Paul and I had been boozing we saw Chris pass by several times, his teeth getting closer to the handlebars on each occasion. We waited so we could give him company to the top on his 7th ascent and en-route he asked me how many ascents would be sensible before he knocked off and went home to bed. I told him that it was too late, he had gone past the sensible.  He pressed on the pedals a little more and went to talk to Paul who told him that he thought 13 ascents would be sensible - so thats what he did (I bet thats the 1st time anyone's asked Paul for advice on what would be sensible). Chris has assured me that on his 13th ascent he felt stronger than on the 1st. 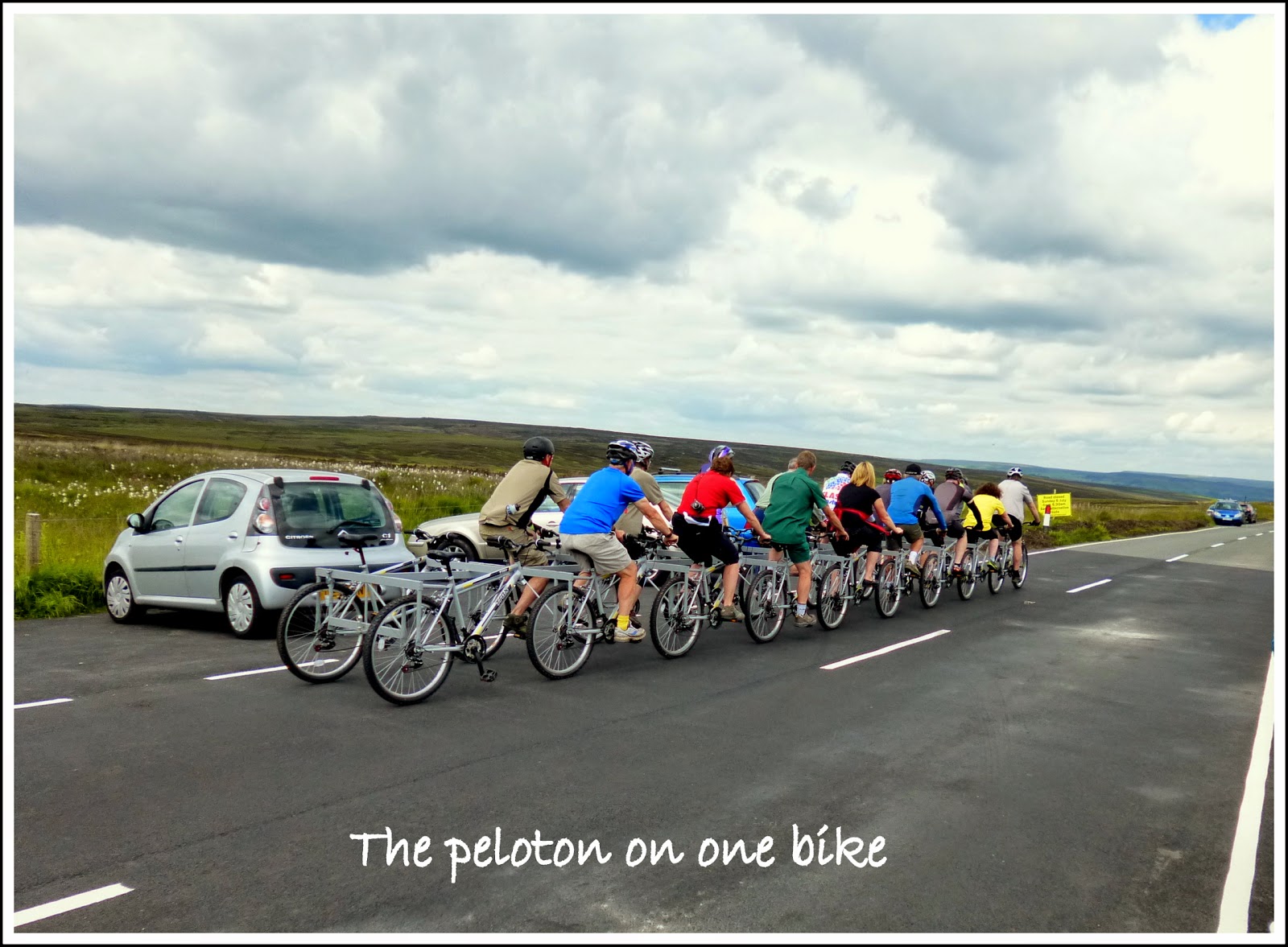 I went back on Saturday afternoon to see how the event was going, still plenty of riders, including Condors Adrian Lord and Chris Sylge.
Other Condors seen at the Robin Hood included Simon Fortune, who failed to complete a full climb after being given a hard time on the 1st section by his sons Adam and Nathan, and Danien who did one climb but sensibly could not be persuaded to go up again and looked quite settled sat outside the pub, pint in hand.
A special mention for Pauls wife, Linda, who did 2 ascents.