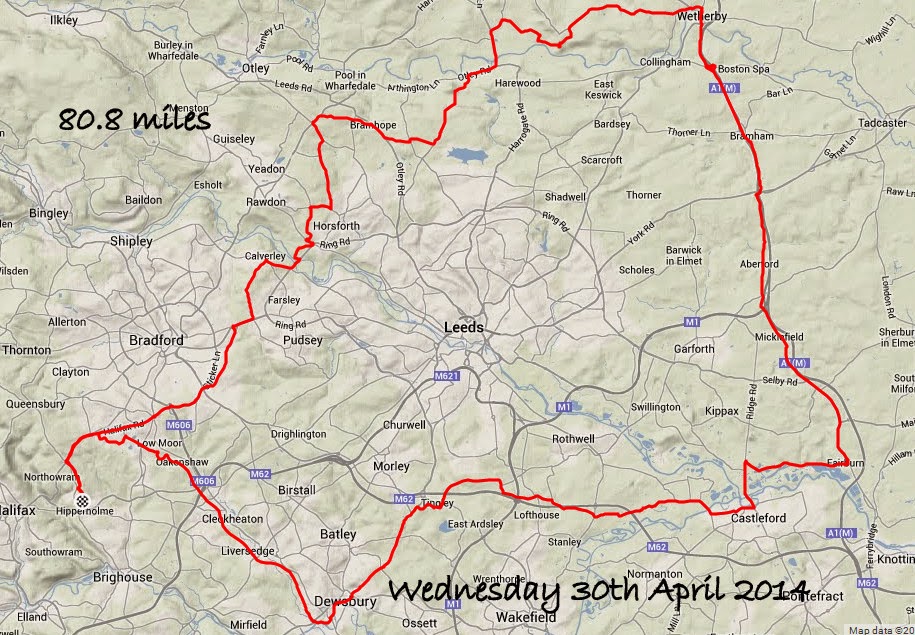 About a dozen assorted Condors and Imps enjoyed a potter round the lanes and lunch at Wetherby on the Wednesday run. We made our way there via Bramhope, Weardley and Netherby and once refreshed returned through Aberford, Fairburn Ings and Dewsbury from where we got onto the Spen Valley Greenway.  Once coming off the Greenway we discovered that Mr Gower was no longer with us - he'd drifted off the back and punctured - and had no pump - so had to wait for a passing cyclist to take pity on him - there must be a lesson in there for us all.   Hats off to Richard, who with 80 plus miles in his legs joined Steve Cavell in the evening to ride the 1st round of the YCCA Summer 'Cross series at Newsome.

Paul Daly's also been busy, having a couple of visitors over here from Belgium he introduced them to some of Calderdale's scenic back roads (such as Trooper Lane) on Thursday, then just in case there legs weren't tired enough he took them round the Mary Townley Loop on Friday - Flanders will be a welcome rest for them when they get home. 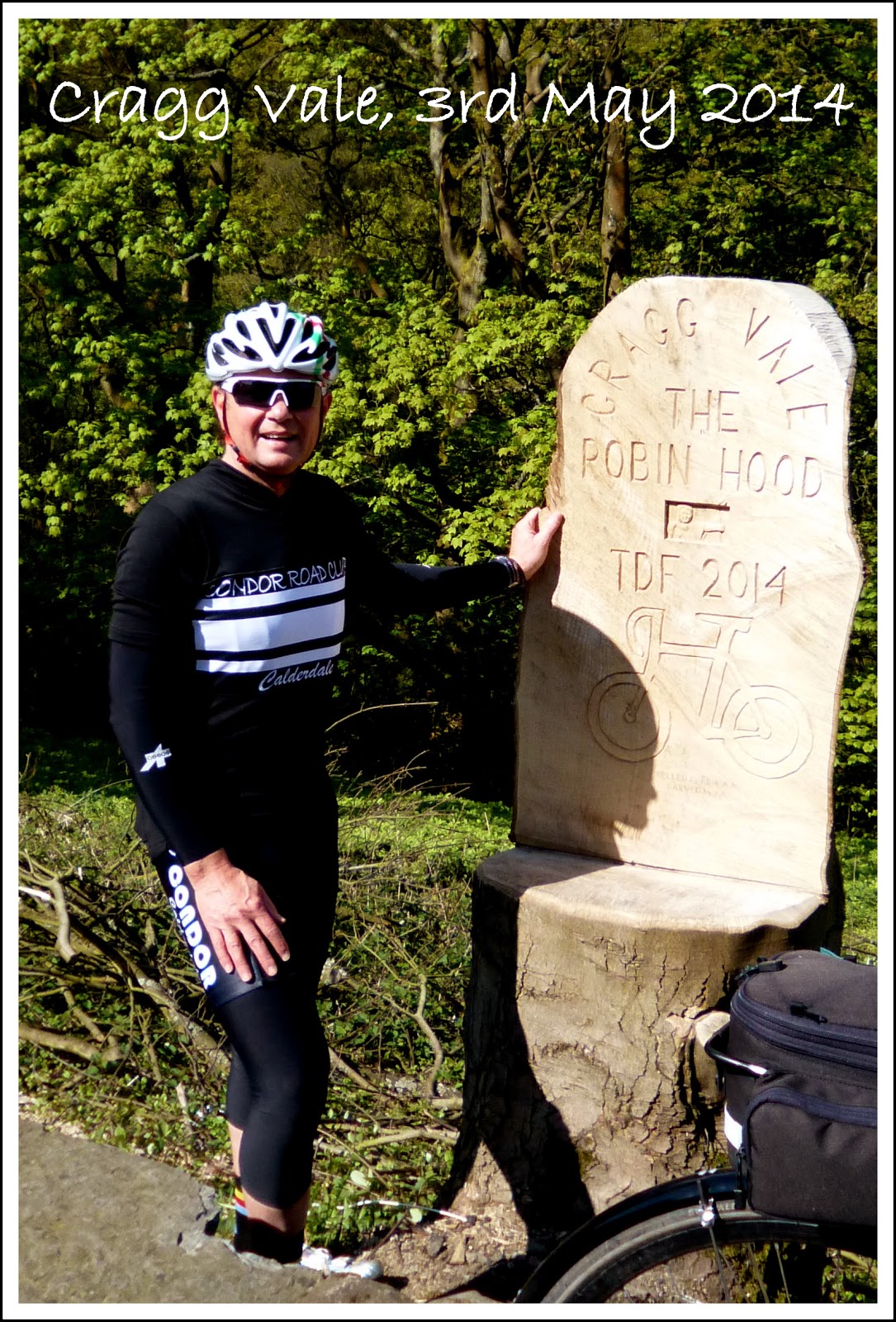 I know its probably too late now but as neither Padiham Chris or I rode the Wiggy 300 today (as originally intended) we've arranged to meet at Keighley at 9am Sunday for a ride up into the Dales - Park Rash and Coverdale being on the agenda.
Posted by petehorne at Saturday, May 03, 2014 No comments: Links to this post