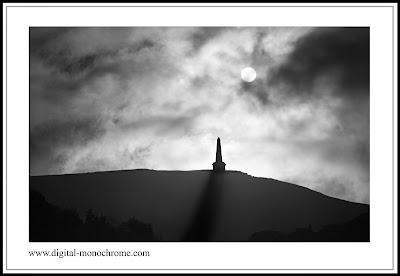 Surprisingly few Condors turned out for this local favourite, just myself, Brian, Mel & Clive Williamson taking the longer option with the Pauls Gower & Priestley opting for the shorter version. Chris Crossland had once again organised good weather for the event which had a good entry with many familiar faces in the peloton.
Not surprisingly the peloton split a hundred metres or so after the start, that ride up to Heptonstall doesn't get any easier. Unfortunately for me last weeks Munro bagging hadn't done my cycling legs much good and I waved goodbye to Melvyn and Brian before the cobbles; even more unfortunately for me I found that Brian had stopped to wait for me at the top of the village whilst Mel had pottered on with Daniel from Pedalsport. I think Brian had intended that we do bit and bit into the headwind, he explained to me how much easier it would be if we caught Melvyns group and then sat in. So Brian took the 1st turn on the front and stayed there till we caught Mel at the cafe at Waddington, in my defence I can say that my navigation was spot on, although Brian's done the event a few times previously he couldn't recall it going up Nick o' Pendle so its a good job I was there.
Mel and Dan left us again over Newton Fell but we teamed up again at Slaidburn only to be left again going over to Grindleton (Brian again waiting for me at the top of the climb). We met up with them again at Coldwell leaving the tearooms together but losing contact over the Widdop climb.
Mel, Dan and a 3rd guy were first back to the rice pudding with myself and Brian 4 or 5 mins later.
Thanks once again to Chris and his team.

I'm riding the Hebden Bridge Star audax next Sunday, Mick Collins and his Ritz boys are coming over for what is possibly going to be more of a social event (booze-up) as a hard ride.
Posted by petehorne at Sunday, October 04, 2009 2 comments: