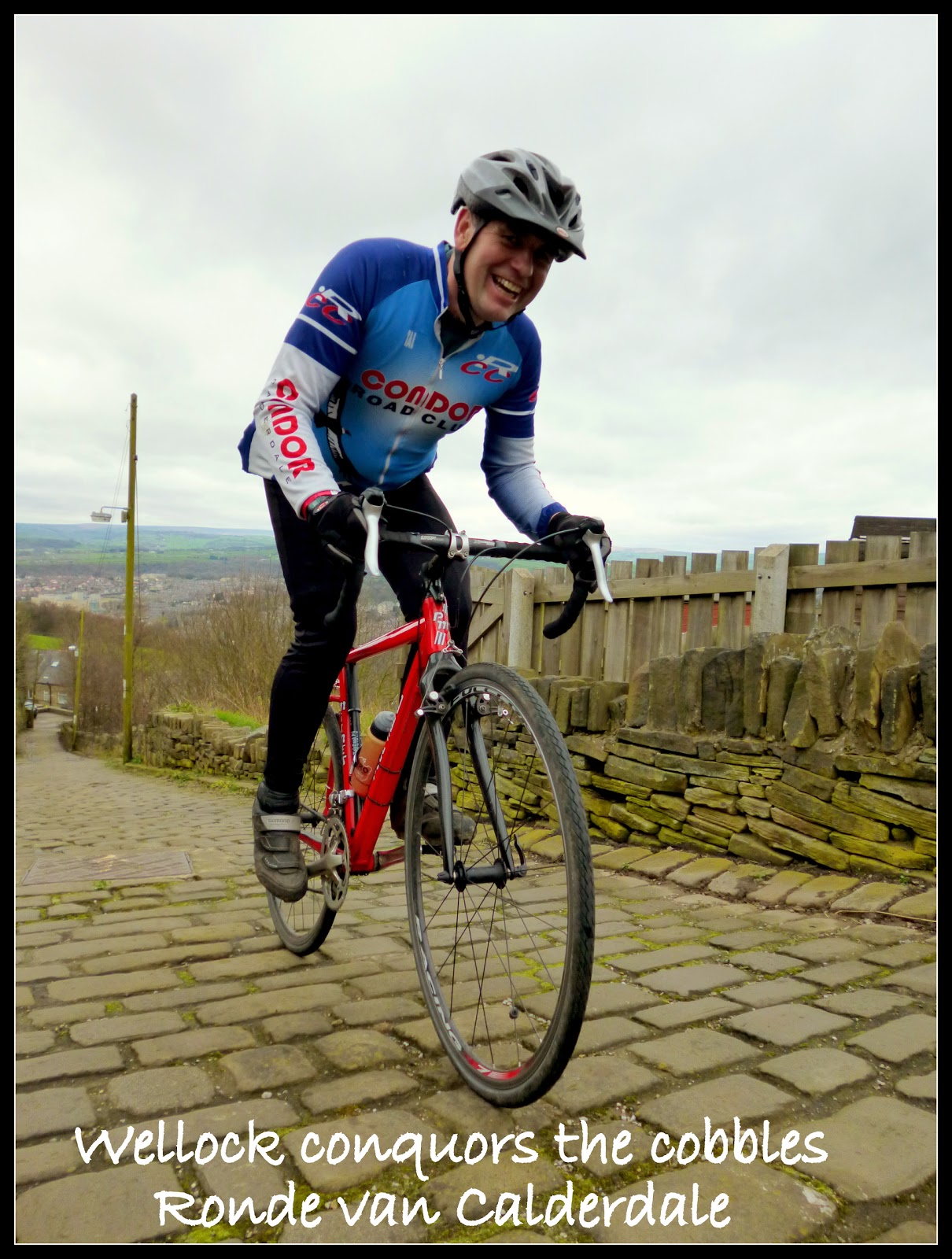 I was just getting over another bought of man flu when a crash left me nursing wounds, missing the Wheelbase Spring Classic and worrying all week about not really being up to the challenges of the Ronde van Calderdale when I realised that there was a shorter alternative on offer, where I could still qualify for my hat and finishers bottle of 'Ronde van Calderdale' ale.  Only the cobbled climbs of Brighouse Wood Lane, Staups Lane, The Hough, Lee Lane, Gibb Lane, Luddenden Old Lane, Woodhouse Lane, Wakefield Gate, Exley Bank and Trooper Lane rather than the more difficult full route.
It was a good decision and took the self imposed pressure away from me to attempt to go beyond my comfort zone but still enjoy the camaraderie that the Ronde generates.
I rode out to the start at Spen Valley High School with Paul Daly who had been unable to secure an entry but was happy to keep me company part way around the route. We joined up with Ian Wellock who was also riding the shorter route and Richard Burnham who, having to be home by mid day had ridden out to wish his Condor club mates bon-voyage.
We were able to offer our support to Mel and Chris at the start of the full route, I could see that Chris was really up for a good ride - he'd even removed the mudguards from his loan bike, Mike Darke's old turbo bike, his preferred mount for the day due to its triple chainset.
Unfortunately neither Mel or Chris had luck on their side, Mel, for the 2nd year running falling victim to a shredded tyre whilst looking good for a top finish and Chris blowing the rear rim only a mile or so into the challenge then jogging back to the HQ pushing and carrying the disabled bike.
Chapeau to Chris who once back at HQ borrowed Mark Saddler's winter bike (three cheers for Mark who was busy on official duties) and set off to catch many of those who must have then been miles ahead of him - lesser men would surely have thrown the bike over a wall and abandoned. Not only did he complete the route but he rode all the climbs, even Old Lane which had earlier had Paul, Ian and me declaring to be un-rideable due to its wet, mossy surface. 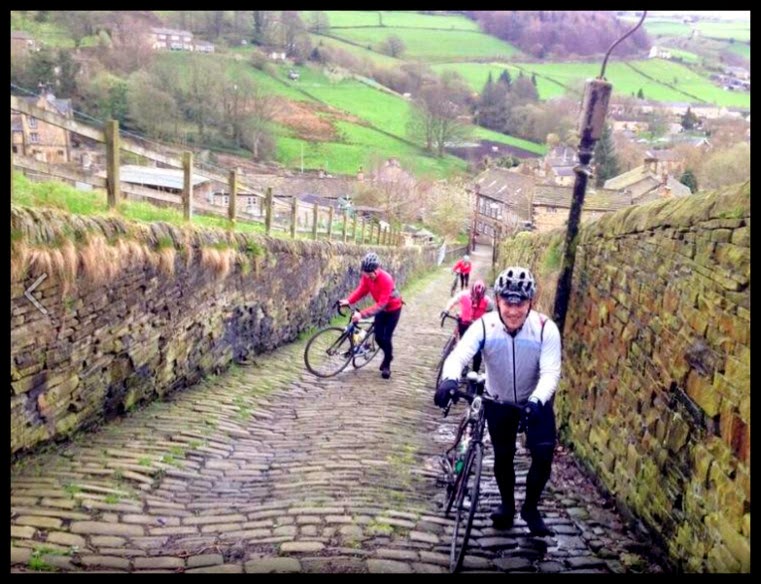 Many thanks to Mick Collins, Kelly and the rest of the team from KCA and 3RT
Posted by petehorne at Tuesday, April 08, 2014 No comments:

Some rather good shots from Sunday,

Peter has promised a write-up but I can tell you that the day wasn't without incident - I badly cut a tyre early on and after struggling to patch it up I didn't want to risk a repeat of last year when I destroyed a tyre over Haworth Old  Road so opted for the shorter route home. Poor young Chris needed a bike change before The Three Nuns, barely a mile after the start. Still a classic day out though. 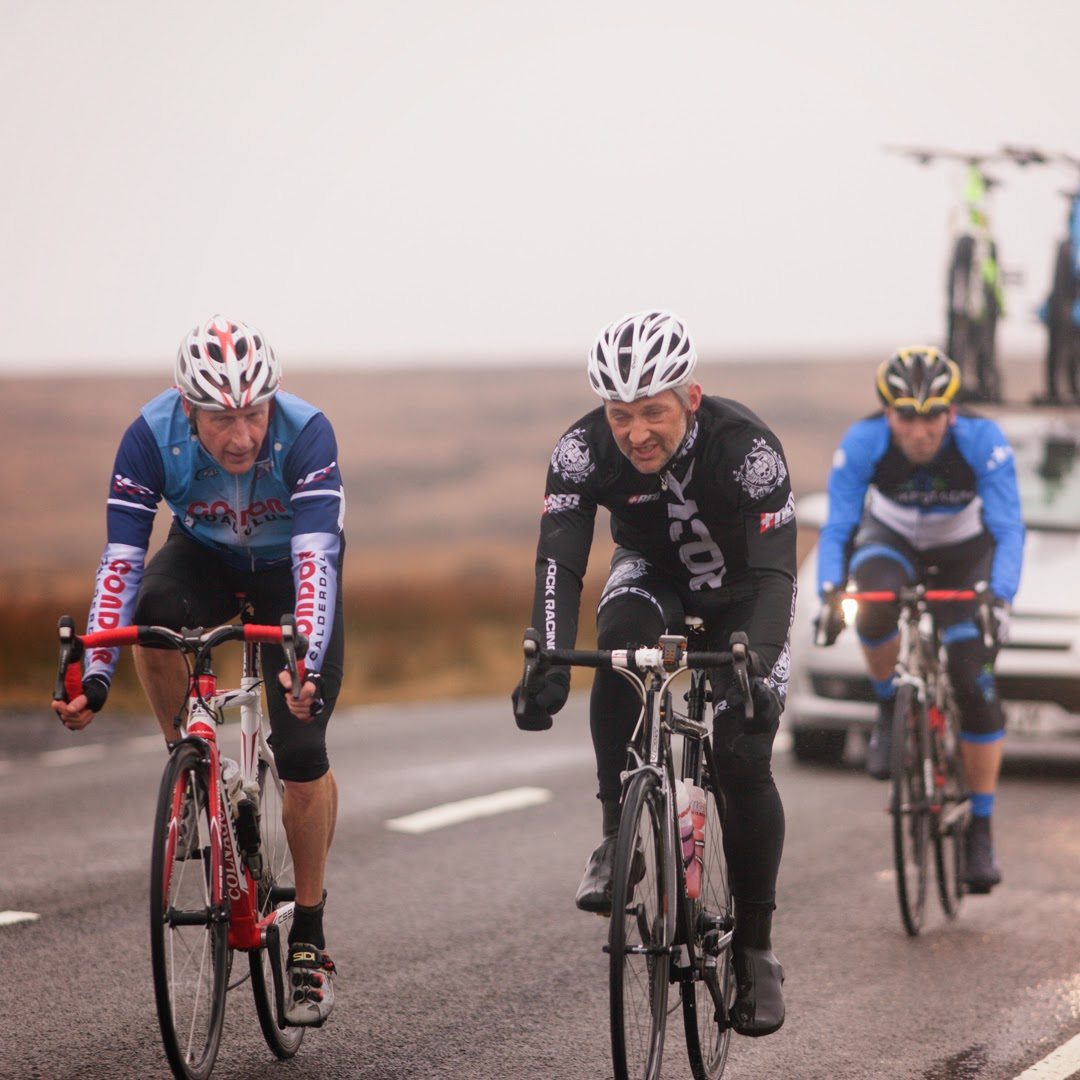 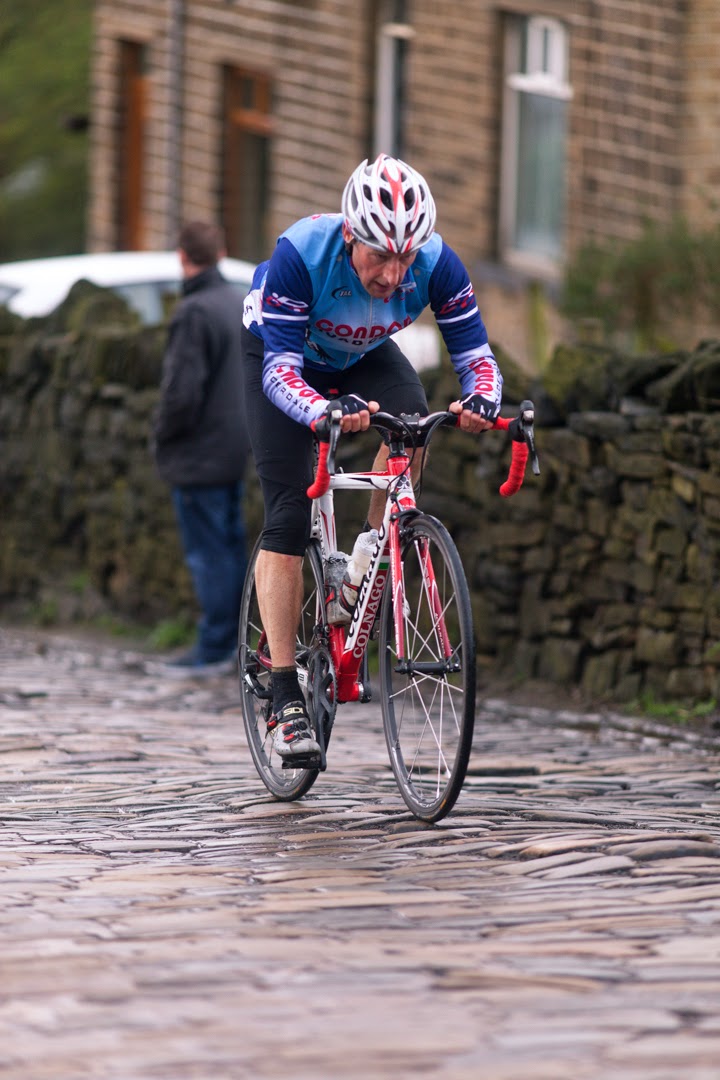