Looked like a great day out in the Wolds. I also just had Saturday available for riding and took on the questionable challenge of completing the two Tour stages in a day. Setting out at 5am the Stage 1 loop round Swaledale was a joy and I joined Stage 2 on the A59 after Killinghall around 11.00, which cuts about 30k off the distance.
After a cafe stop at Cross Roads I still felt OK and even resisted the temptation to miss the Haworth loop out. Luckily the usuall westerly wasn't blowing so Cock Hill and Cragg Vale were fine but by Holme Moss it was hurting and turning toward Langsett the head wind was at me over Woodhead, reminding how folly this idea was. The sting is certainly in the tail on this stage and although it is lovely countryside Midhopestones and Bradfield really hurt and the Cote d'Oughtibridge is a swine. As I got in to Sheffield the route is harder to follow so I missed the Cote du Jenkins Road, thankfully. Sheffield is not the best place to end a ride which is probably why so many sportives are using Stage 1 - I sat outside a Pizza Hut with a beer waiting for my good lady to collect me, feeling decidedly spent. 350k not to be repeated.
Posted by Mel at Sunday, June 15, 2014 No comments: Links to this post 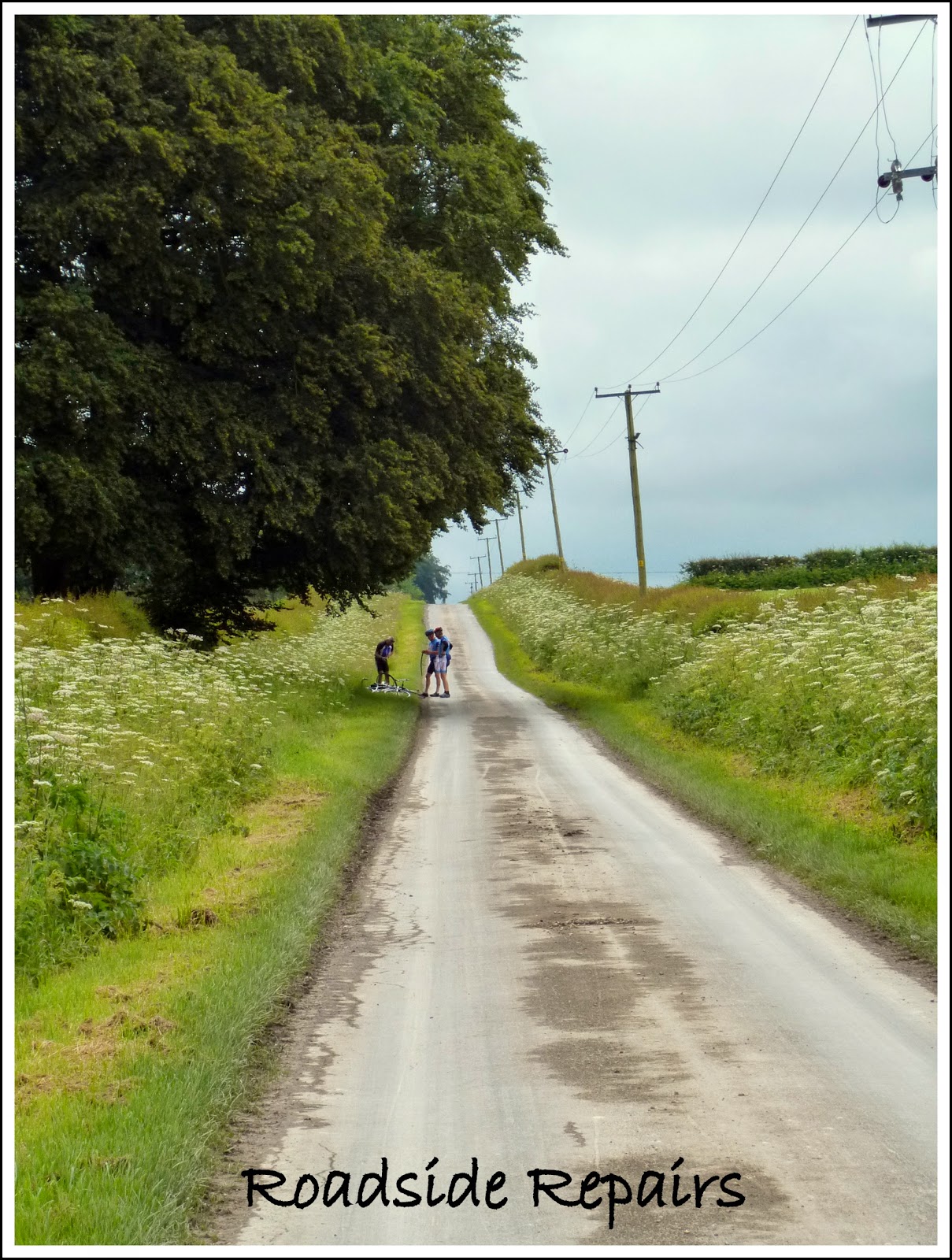 With Paul D, Steve and Chris joining me today for the Pocklington Pedal route it was never going to be an a steady day and the weather over in the Yorkshire Wolds was a bit damp early on, contrary to the forecast.
We left the Stamford Bridge Community Centre car park as planned at 8.30 and picked up the route which weaves it way up and down and around the Wolds for over 100 miles visiting all that is best in this beautiful but little known area of 'Gods Own'. Even the fame that has been brought to the area over recent years through the art of David Hockney hasn't spoilt the quiet lanes (although the Bigger Trees Near Warter appear to have been felled). 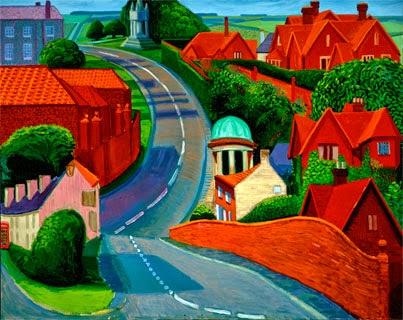 Eventually (after an extra 10 miles due to the navigator misreading his GPS) we breakfasted at an excellent cyclist friendly cafe in Pocklington where we saw several Audaxers on the 3 Coasts 600 getting their brevet cards stamped at the petrol station. After refreshments and on the road between Kirby Grindalythe and West Lutton we caught sight of a Condor Blue clad figure racing towards us, it was Simon Fortune who had left his home in Huddersfield just after 6am; unable to devote the full weekend to riding the 600 he was part way through riding the 1st 2 thirds of the route alone and having already been to the Scarborough Check was on his way to Malton for lunch with Ruth and the kids.  We completed the route  in time to be home for tea and all agreed that it had been a grand day out. 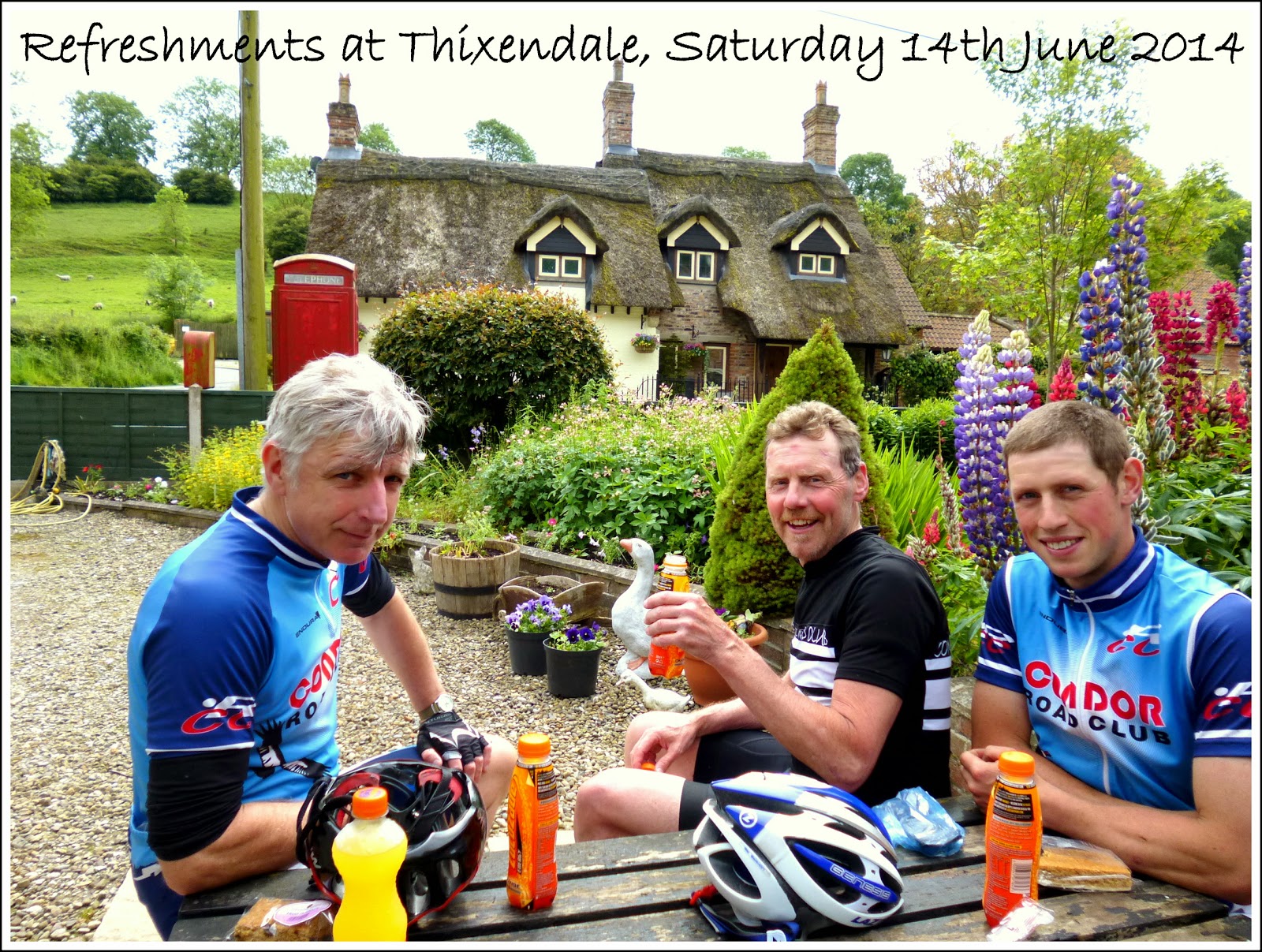 Posted by petehorne at Sunday, June 15, 2014 No comments: Links to this post