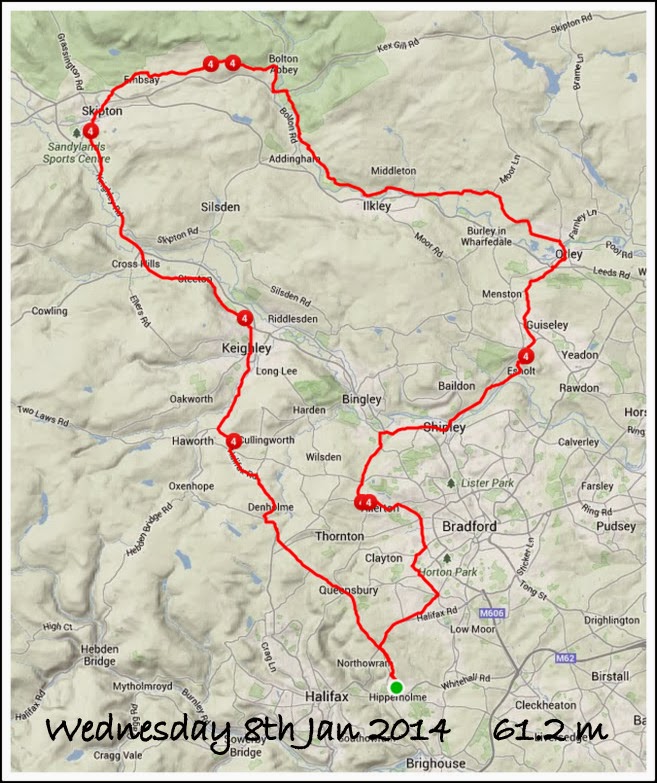 A very reasonable turn out of 12 for the first of the new years Wednesday Vets Rides. It was a slight variation of the Bolton Bridge cafe circuit in that Mike Beecham took us up through Allerton and down to Sandy Lane and Cottingley to avoid Manningham before joining our usual route through Esholt and Otley. All present; Paul G, Paul P, JK, the Stanger Brothers, Mike B, Everard, Brian, Grimpy, Hoppy, PC Chris and myself appear to have survived the festive season in reasonable shape (although most would deny this) and it was Grimpy, fresh from recent success at the LVRC National 'Cross Champs and International duties in Switzerland last Saturday who took the honors on the Ingrow climb but there will be many more battles before the year is over. Good luck to John in next Saturdays BC 'Cross Champs at Derby. 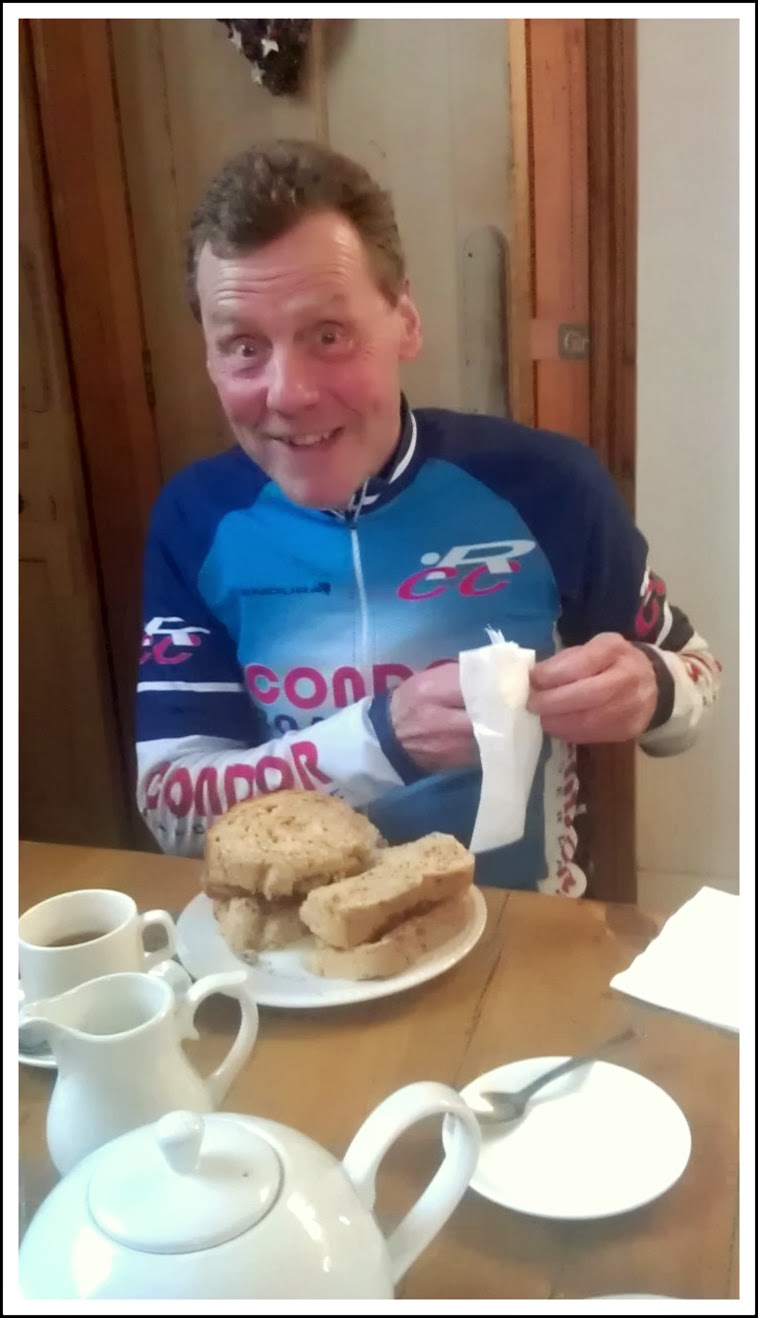 Thanks to Richard and his i-phone for the above pic. taken at Hebden cafe last Sunday, I was eventually served with that mammoth bacon & sausage sandwich when everyone else had finished their lunches, I had no time to chew it, it had to be swallowed whole.

Next Sunday its again 9am Denholmgate, 9.30 Keighley roundabout - perhaps Feizor? - gives us options of main roads or back lanes depending on weather conditions.
Posted by petehorne at Wednesday, January 08, 2014 No comments: