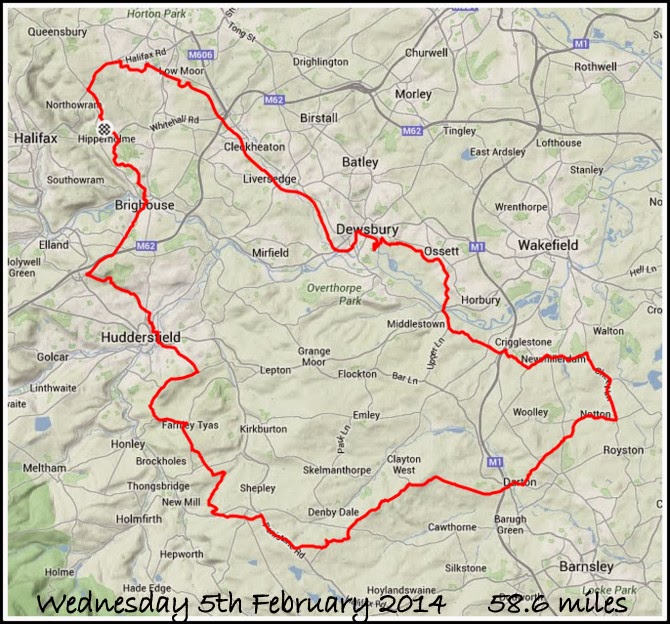 With heavy rain forecast the Wednesday ride was down to eight, myself, Hoppy, JK, Peeps, Martin, Mike, PG and Grimpy. Mike announced that he was going to Newmillardam whether anyone else was or not; so we went with him, on the Greenways to Ossett then down to Horbury Bridge and Crigglestone where the predicted rain started. 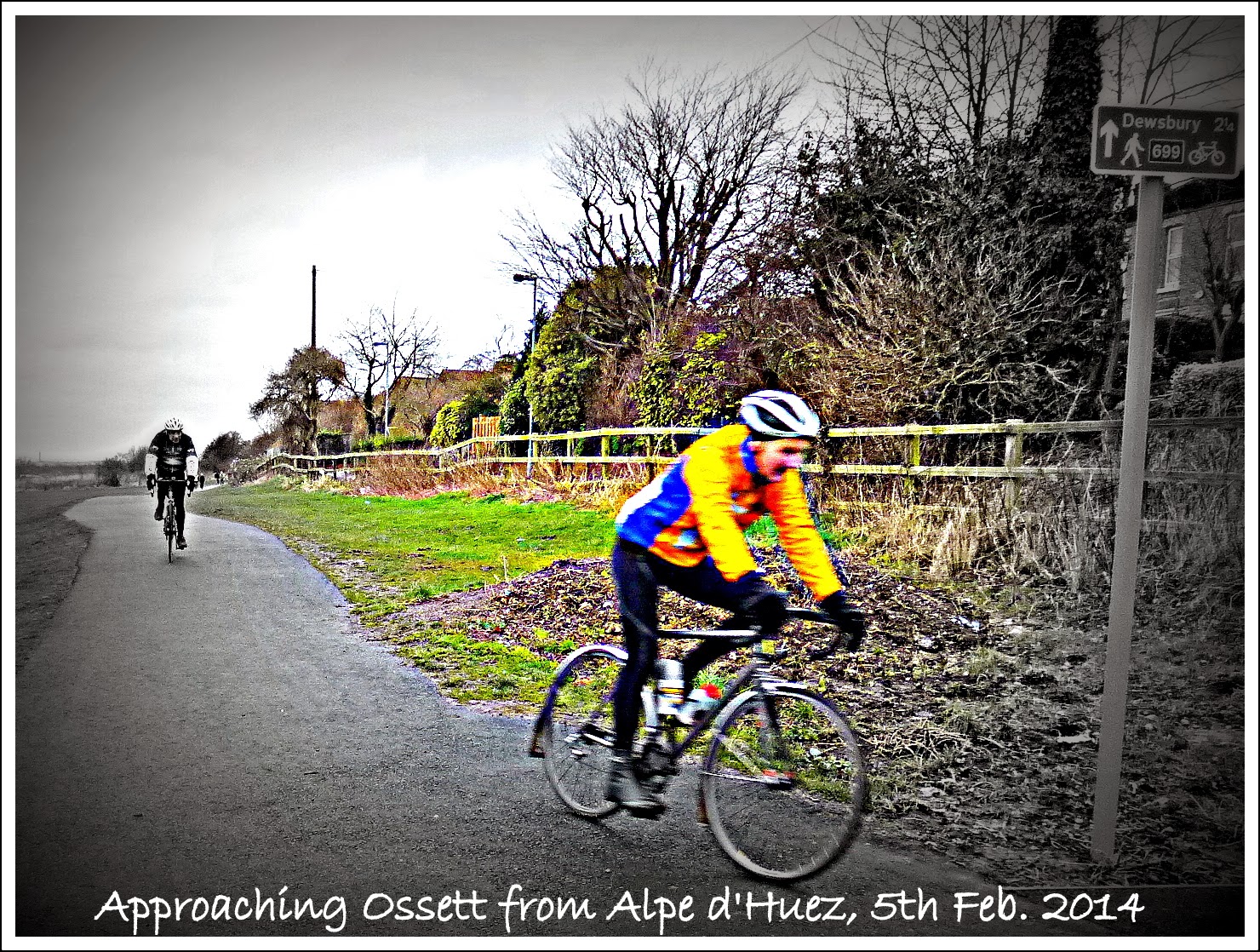 We took a long leisurely lunch watching the rain bouncing down outside. It eventually bated just before         1 o'clock when Grimpy led a charge for the quickest route home, the main roads round Pugneys. As the day appeared to be brightening up I decided it would be a shame to rush home so I said my goodbye's and pottered round the back roads through Notton, High Hoyland, Upper Denby, Farnley Tyas and Castle Hill. 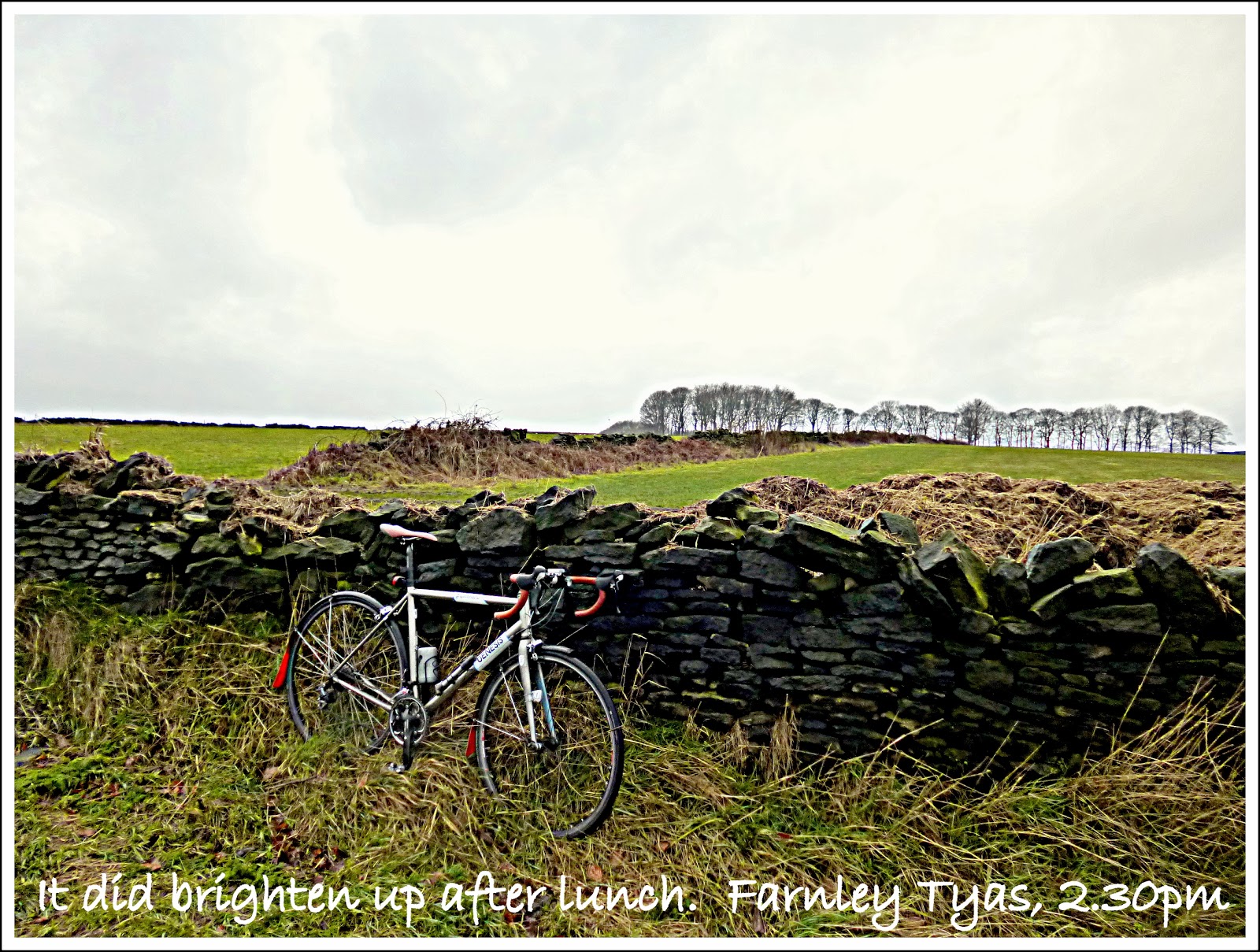 If you're intending to ride the Ronde van Calderdale get your entry in now - only a few spaces left.