In order to make the most of forecast dry weather this Sunday I've arranged to meet Padiham Chris at Ingleton for a 75 mile circuit based (with a few minor deviations) on the Wheelbase Classic route - Twisleton - Dentdale - Crook of Lune - Staveley - Barbondale - Deepdale - Kingsdale.  If anyone fancy's joining us I'm meeting Chris at the main car park in Ingleton (the one with the Community Centre) at 8am, we'll be having lunch at Wilf's at Staveley which is about half way round. 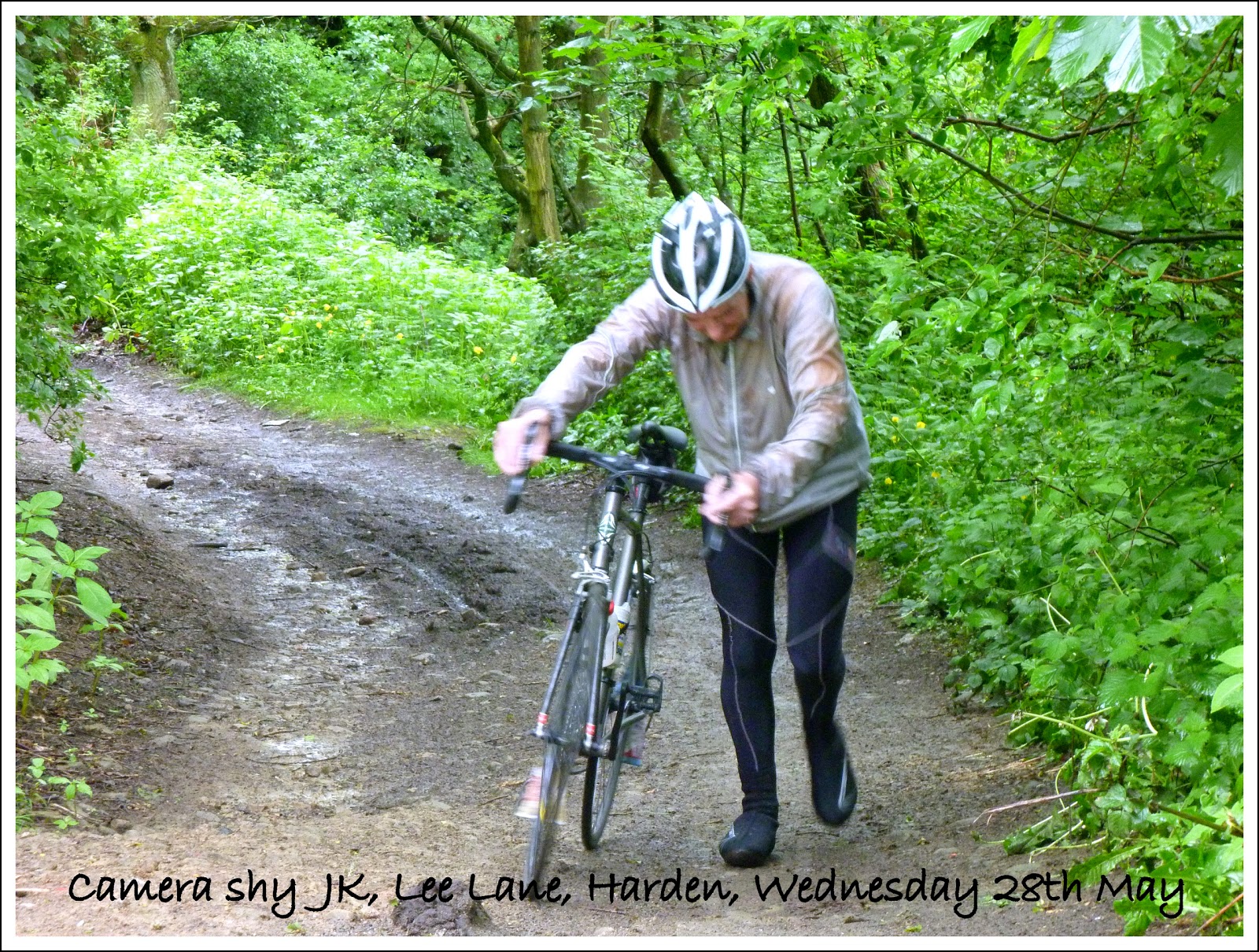 Only three turned up for this weeks Wednesday ride, JK, a sun tanned Martin recently returned from riding the Majorcan peaks with the worlds elite (well he did ride past Sir Wiggo's island hideaway) and myself. Down from 16 the previous week (which included Hoppy who has at last discarded his corset following the curious incident of the rabbit in the night-time, way back in February). Undeterred by light drizzle we went straight up through Skipton and via Thorpe to receive a warm welcome from the girls at Burnsall Cafe.

The weather brightened up after lunch so we deviated from our original plans to return over Cringles and Ingrow and chose a far more interesting route down through Appletreewick, Cavendish Pavilion and Beamsley; crossing the Wharfe over the old hump-back bridge at Ilkley and hopping over to Airedale via the ancient Keighley Gate with a good tail wind making the ascent a pleasure. Once down to Bingley it was over to Harden and up past Bank Top quarry's to the top of Wilsden and down to Thornton where we joined the Great Northern Railway Trail to Queensbury with JK doing a good impression of Nairo Quintana up Station Road.

Posted by petehorne at Friday, May 30, 2014 No comments: Links to this post