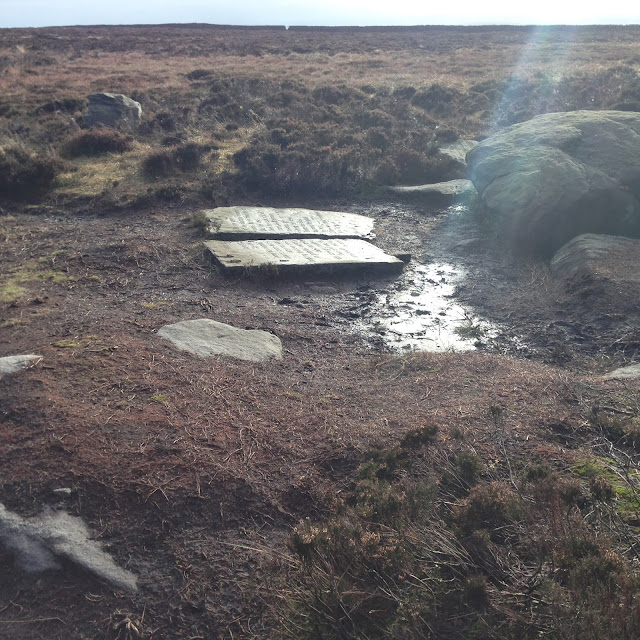 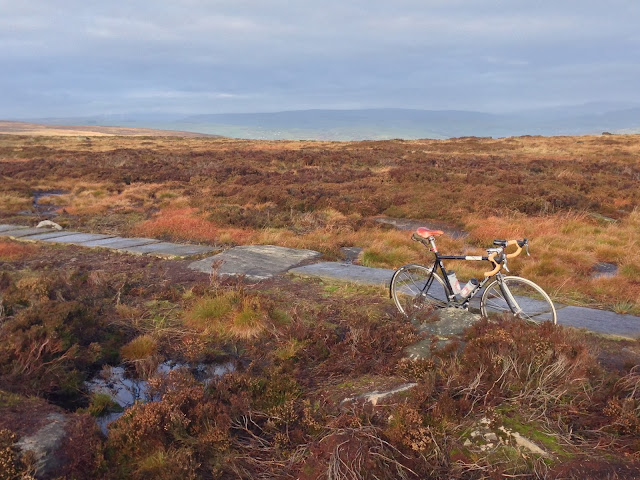 Denholm was a wasteland this morning, as of course it is on most mornings. I guess some Audax had drawn the regular's into new fields with the promise of rich pastures of rolling kilometres upon which to graze, like silent, patient ruminants ... So I took advantage of not being told that we were off to Feizor cafe to set my own route, and ended up at puddle stones set amid the grouse above lkley. Poems instead of butties, edification rather than edibility ... you can go miles simply repeating stanzas in your head, like an incantatory cud, to extend the metaphor for far too long

petehorne adds........
Sorry to see that Robin was out there alone today, but happy to see that it gave him time to dream (ps we haven't been to Feizor for weeks but we have been to the south and to the east of Calderdale, so you would have been completely lost - as I mentioned a few weeks ago it was a long day yesterday with Simon, Chris and myself attending the Audax UK AGM at York. 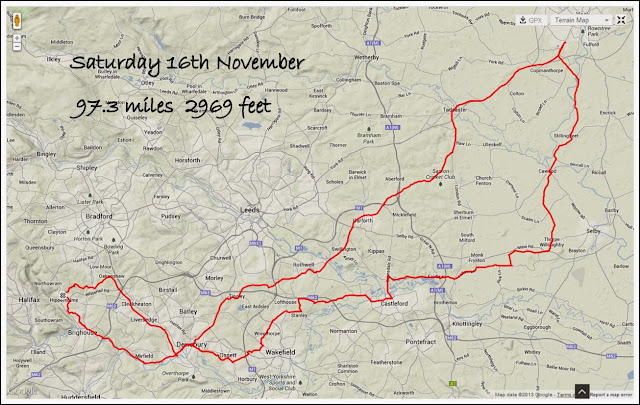 Our trip was not in vain as we assisted in the election of Chris Crossland to the post of national Chair of AUK, we now look forward to a brighter future where all Audax's  will have home made rice pudding and more and more hills - congratulations Chris; and well done to former Condor (now, I understand, defected to Tod Harriers) Daniel Webb who gave an inspiring speech in his proposal of Chris for the post.

Official - Padiham Chris is Meritorious
After the AGM it was the Annual AUK Dinner and Prize Presentation and our own Chris Smith was honored by Audax UK Committee by being awarded the Paul Castle Cup, awarded annually to the male whose cycling performance is considered to be the most meritorious of the year, a wonderful achievement by Chris, congratulations from your clubmates at the Condor.

However, whilst Simon and myself rode out to the AGM and then rode back I'm sorry to have to report that Chris went on the train, has success gone to his head? - its true that there's only one way to go once you get to the top. It was a good day to ride out to York, a lovely Autumn day with a tail wind blowing us along the lanes to York and a bright moonlit evening for the ride home marred only by Simon suffering multiple punctures to his singlespeed - I'm glad it was mild and dry.