SPORTIVE - FULL OF CYCLISTS WHO LIKE TO THINK THEY ARE RACING

Thats what Bob Johnson (VC167) told me just before he shot off up the road to join a break of 3 or 4 that had developed on the way up from Tod. to Holme Chapel.

Once again we were blessed with Spring like weather for the North West Passage. Whilst it was disappointing not to see Brian or Grimpy on the start line we did have a good turn out with Nigel, Melvyn, Ian, Pete R, Richard and myself together with Andy Marshall, Martin Clemenson & Daniel Shaw.

It was the largest entry I've ever seen for the 200, so much so that we were set off in four seperate groups. This took the Condors by surprise, we had to set off in the 3rd group so for the first five minutes or so we had to work our way up to the lead group. We settled down near the front, said goodbye to that early break up the Burnley Road. West Pennine's star rider, Daniel Shand being the driving force in the break; rumour was that he had promised hid dad that he would be back to the Spring Inn before 3'o clock.

I was surprised that no Condors chased down the break (Philip would never have let them go without a Condor present). When we reached Blacko I realised that they had been biding their time waiting for the mountains. Richard and I 'lost intrest' at this time and drifted off the back of the bunch. (Nigel tells me no one in the group had put the hammer down, "we just rode in the group", obviously he did'nt look behind or he would have seen that the 'group' was spread out all the way back down the climb). I got over the top of Greystone intending not to chase but inevetably found myself in a group of four with myself and Dennis from West Pennine doing bit and bit eventually pulling back the bunch just as they rode into Settle.

At the check in the Naked Man cafe Pete Round took pity on an old man and let me push in to get my card stamped. A quick banana and a swig of energy drink and I jumped back on the bike with the stated intention of getting to the top of Buck Haw Brow before I was caught by the bunch. I got up Bukka', slipped it onto the big ring and settled down to evens waiting for the arrival of the mob. I was still waiting as I approached Cowan Bridge. I wound it up to 25's thinking I might just be able to get through the Kirby Lonsdale check before being caught; then the inevitable happened, I was'nt just pulled in but passed by an express train travelling at 30+ mph. My heart swelled with pride as I saw that the bunch was being driven by a flock of Condors, resplendent in full team kit, together with Andy (who may now be wearing a VS jersey but will always really be a Condor).

We got to Devils Bridge, cards stamped, mix energy drink, eat banana and sneak off whilst the others are chewing bacon butties and waiting for their tea to cool. According to my computer I had averaged just under 19mph to KL so I was expecting it to be harder than it was on the return leg, down through Lancaster to the Priory Cafe at Scorton, the computer rarely going below 20mph. Egged on by the fact that I had'nt been caught by the Condors I did'nt loiter too long at Scorton, just mixed a fresh bottle, ate two yogurt covered 'Eat Natural' bars whilst having chat with Harry Benson who was telling me how much he admired 'Ginley's' exploits on the world stage. Thinking of the old adage 'out of sight, out of mind' I jumped back on the bike before the other Condors arrived.

I was still feeling reasonable at Longridge, suffered as usual up through Salesbury but whilst freewheeling down the Blackburn By-pass began to wonder if I could stay away (not that its any sort of race of course). I managed to swallow two more 'Eat Natural' bars as insurance for 'Owd Betts'. Oswaldtwistle Moors did'nt seem as bad as usual - must have been a tail wind - Owd Betts also seemed easier than before - perhaps its because I was'nt having to attempt to stay on someone else's wheel. An easy free wheel down through Rochdale to check in at the Spring Inn at 3.45 and that was it for the umpteenth time - the weather just gets better and better (I remember the days when we rode through snow storms over Oswaldtwistle Moors - on fixed as well).

Andy, Nigel, Melvyn & Ian finished about 4pm with Pete and Richard not far behind. Martin & Daniel also finished at about the same time. I was amazed how fresh and happy everyone looked at the finish - must have been the weather.

Sorry there are no photo's but I couldnt bring myself to take another one of Condors sat in a pub, people might get the right impression.

Saturday the 17th February is the date (not Saturday the 10th - a rumour spread by the Imps, and not Sunday the 17th - confusion tactics being circulated by Ian). 8am from the Spring Inn for 200k or 9am for the 120k event.

Sunday the 25th of February meet outside the Ritz in Brighouse at 0900hrs for the HCA Reliability Ride. John Kaye has been busy working on an exciting new route for this year.

Forthcoming local events to note in your diary -

Sunday the 25th of March, The Red Rose Ride, a Chris Crossland 200k Audax taking us over the Trough Of Bowland to Glasson Dock for a greasy butty and a pot of tea then back to Halifax for the feast.

Sunday the 15th of April, 'Spring into the Dales' 110k Audax, another Chris Crossland event starting only a few yards away from Pete Round's front door in Hebden Bridge. It says in the handbook '2 cafe stops', I'm not sure if these are compulsory but I hope so. Its been rumoured that once Ian was out of our sight last year he took a short cut so we'll have to keep an eye on him this time.
Posted by petehorne at Tuesday, February 13, 2007 No comments: Links to this post 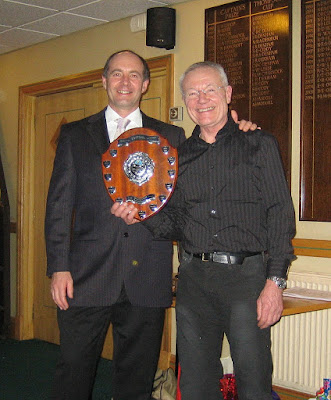 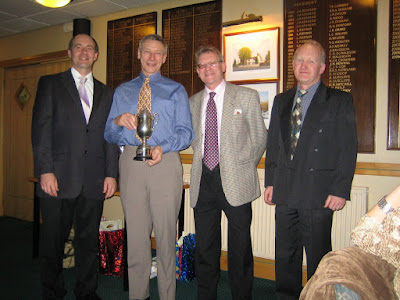 Posted by petehorne at Monday, February 05, 2007 No comments: Links to this post

This is the last Sunday run before North West Passage on the 17th so you'll be wanting to get plenty of miles in.

Meet 09:30 in Brighouse outside VS Cycles (www.vscycles.co.uk).

Ian
Posted by Ian Robinson at Monday, February 05, 2007 No comments: Links to this post