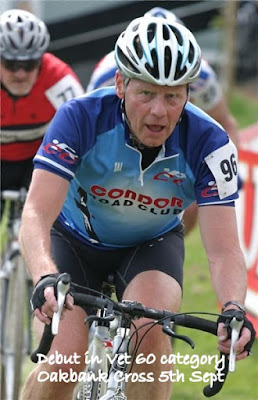 Hav'nt been getting in my usual long miles lately (see photo below for reason) so I thought I'd nip over to Keighley last Sunday and make my debut on a bike in the Vet 60 category. Expected to see a few more Condor's there but I was the only one (there were twice as many Condors taking part in the Blackshaw Head Gala Fell Race the previous day - Steve Cavell and me).
I was amazed to see that there were about 90 on the start line just for the Vets & Ladies race. After a frantic start with a lap around the football field I was relieved to find that there was a queue to get onto the single track through the woods and the chance for a bit of a rest. It was more a case of plugging away steadily than racing for me for the next 50 min or so although I was pleased to get past former Hebden Bridge-ite Mark Pimlott (known to quite a few Condor's) on the last lap. I won the V.60 category (but have to confess that I was in fact the only rider in that category).
So now that I've broken the ice I intend to ride some more of the Yorkshire Series X's as preparation for next January's club runs. Lets have a few more Condors at the next round which is Sunday the 12th in North Yorkshire, its enter on the line and you don't even need to be a BC member (just pay a £3 levy) 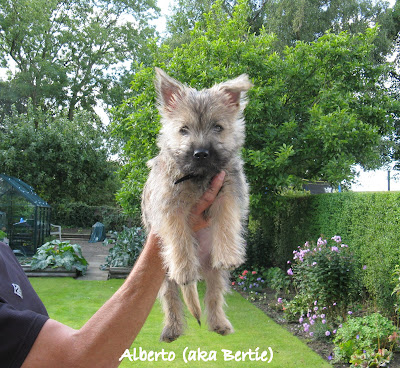 For you Mountain Bikers there's also the Mary Townley Loop Challenge next Sunday - whilst on the subject what about a report about last Sunday's Condor MTB ride.

Posted by petehorne at Tuesday, September 07, 2010 No comments: