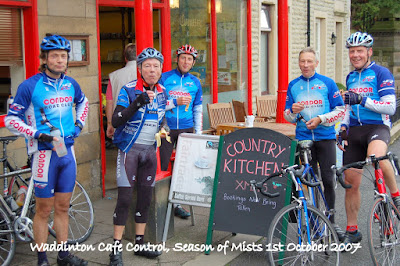 Thats the destination tomorrow, Waddington Cafe. Mel says he has an easy route planned via Bank Newton and Bolton by Bowland. He has also told me that the bunch will not get split up - I guess I will find out tomorrow if he is telling the truth on either issue. As usual Denholmegate 9am or the roundabout at Keighley 9.30.

I understand that Paul Gower is intending leading a smaller but more sociable group to Waddington from somewhere in the Calder Valley.

Posted by petehorne at Saturday, January 29, 2011 No comments: Links to this post