Away to Arncliffe and Airton
This Sunday Morning saw 5 Condors meeting at a bright and sunny Keighley
A steady well paced ride led us out in the morning sun toward Skipton and Threshfield, where we were picked up by a large fast group. Varied Jerseys and numerous clubs but briefly looking around the peloton I recognized Bin Man Chris and Dewsburys long distance man Paul Ward.
Rattling on toward Kilnsey our band of 5 were enjoying the rapid pace but were quiet shocked as instead of bearing right to Kettlewell, the peloton was going our way, left to Arncliffe. Thankfully the young guns had to stop in a gateway (strong legs but weak bladders!). We pottered on up Brookes Lane to climb over to Malham quickly being enveloped by the chasing fast group. 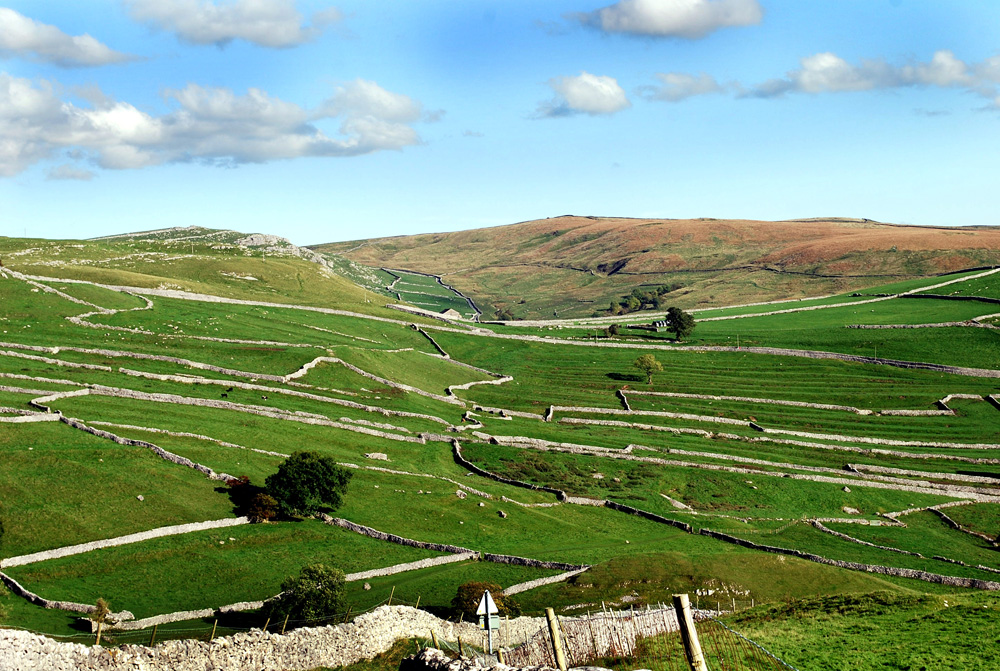 The Cove Road
Nigel chatted a while to find out that these boys werent intending to stop at all and with this pace we bidded them adieu and let them on their way!
Descending to Malham was dicey after the previous heavy rain storms had washed a considerable amount of loose gravel and some sizeable rocks across the road. Nigel remonised about the days in road races where they'd employ " A stiff Broom on them bends!"
The cafe at Malham was looked to be at bursting point with folks enjoying the mid summer sun, and also busy with cars so we pottered on to Airton.
Sitting out in the sun we enjoyed lashes of tea and an almost perfect bacon and egg bap, which rated 5 on Ian's egg-o-meter! The Gentlemen of The Condor like nice baps!
Picking up a couple of riders on our way we approached Gargrave and Broughton. Through Carleton on low lying roads to tackle the Cononley Bastard!
Thanks to Ian for picking a sensible wind assisted route. After all Summer will soon be over, so lets make the most of it!
Chris Smith
Posted by petehorne at Monday, August 24, 2015