A bit of nostalgia - specially for Mel & Pete

Its nearly 40 years ago but I'm sure I won't be the only Condor who remembers riding down to Winnats in 1977 to give Melvin a cheer in the National Hill Climb Championships.

It was cold and wet and we were probably glad to get into the pub in Castleton after the event for a few swift pints to give our legs the necessary anaesthesia for the ride home over Strines. 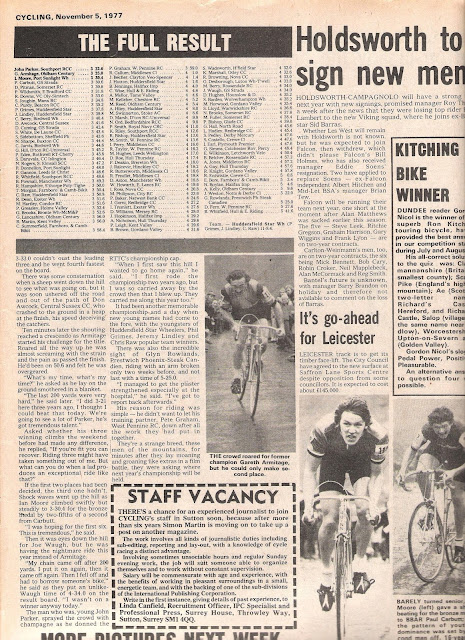 If you study the results list there will be many names that are known to fellow Condors, Mel of course, then Pete Smith who at that time was serving in, and riding for the Royal Navy. Pete was beaten by 6 seconds by former Condor Brian Jennings who was riding for the Imps. The Imps had a full team entered, Brian being backed up by Hoppy and Nick Boylan.
Jez Lindley led Huddersfield Star Wheelers to the team title, one of many won by the Star in the 60's & 70's. Jez is still seen out occasionally with 3RT. He was backed up by Phil Grimes & Chris Raw. Phil's still very fit racing with the Halifax Harriers and winning Vet.60 awards. 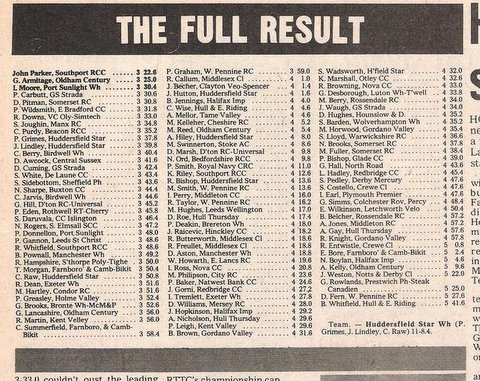