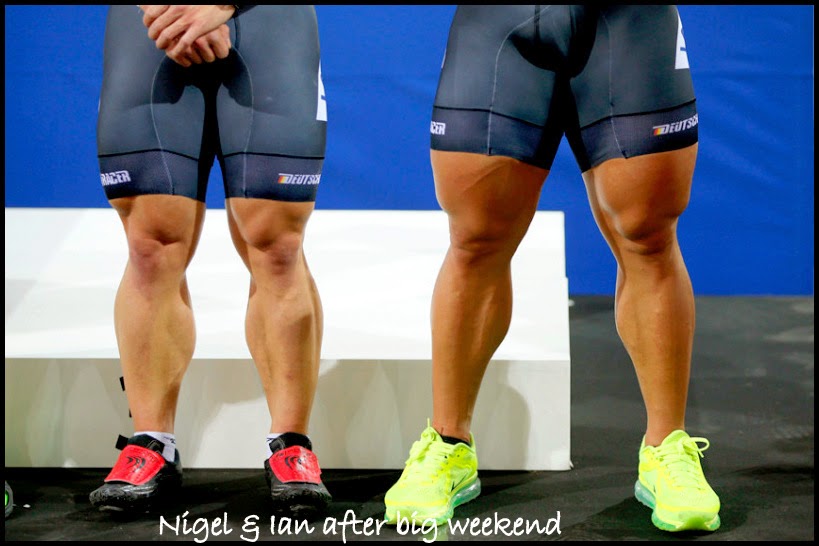 We (well most of us) had a great day on Saturday at the North West Passage. There were over 100 pre-entries for the long event plus more who entered on the day. At 8am on a chilly day six Condors lined up on the start line in the car park of the Spring Inn, Mel, Paul D, Padiham Chris, Single Simon (on gears), Oakworth Steve and myself.

Exercising well used tactics Chris and I rolled out at the head of the peloton with our team mates and associates in close attendance. The Condors shared the work through to the first big test, the climb from Barrowford through Blacko over Greystone to Gisburn when Mel and his buddies from Ilkley failed to slow down for the incline. I was expecting to go off the back here and had earlier instructed Chris and Paul not to wait for me. However they chose to ignore this instruction and we got over this lump as Gruppo 2.

Once over the summit we soon settled down and became an efficient machine. Simon had disappeared over Greystone and Steve, who had so far been quieter than usual (I suspect an early foray at the front with Paul had done for him), was saying that he was having problems sustaining the pace.

Before Settle he was gone, I knew Simon wouldn't be far behind and said to Paul that I expected the 2 to team up. Mel and the Ilkley lads had just left Settle when we got there. I was expecting Mel to stop for a butty at the caravan at Kirby Lonsdale so was planning to catch him there, but there was no time to waste. Simon came in to Settle alone and quickly got his card stamped. A group of 8 of us left Settle together and once we hit the A65 we organised a very successful through and off with the pace rarely dropping below 20mph despite a cross head wind. We soon reeled in Flat Earth Bob who joined our working party which left just 4 on the road ahead of us. We lost one or two on the journey up to Devils Bridge but arrived just as Mel's group were hitting the road again.

After a quick bite to eat and a drink we were soon tapping down the Lune Valley towards Lancaster. Once through Lancaster we were picking up a helping wind which blew us down the A6 and into our next check at Scorton. I felt as if we had taken it quite easy down from the last check and was a little surprised to find Mel's group still loitering there, however they soon swallowed their bananas, jumped on their bikes and were away before we had chance to attach a tow rope.

We left Scorton as a bunch of 3 Condors, Paul, Chris and myself, one Huddersfield Star Wheeler, Ed Wolstenholme and one VC167, Bob Johnston. I usually suffer most on this section down to Longridge but the predominantly helpful winds ensured that the section was easier than normal, a rare phenomenon that continued round Blackburn and even over the feared cols of Oswaldtwistle Moors and Owd Betts; the only casualty being Bob who was having a rare off day.

We booked in back at the Spring Inn at 3.50pm, I'm not sure how far we were behind Mel but all had really enjoyed the ride and the weather was not too bad, certainly compared with the following day if what I hear about the Imps RR conditions are correct. Simon was'nt too far behind us, a great show of strength from someone who has been 'resting' for some time; PBP here he comes. The tragedy of the day was Steve's, he had punctured shortly after dropping off the back, Steve's a man not afraid to ride on his own but the mapping on his GPS was unobtainable and had no route sheet. Not having ridden the event before he turned at Settle and kept to roads he is familiar with.

Next Sunday Chris and I have entered the Delightful Dales Audax, Steve will probably be joining us but Paul's busy packing up his NZ bags.