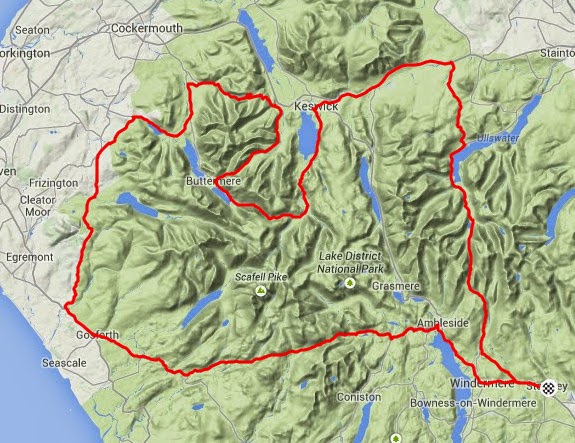 We had a successful day out in the Lake District yesterday, dry and mild with just a gentle breeze, it was a welcome contrast to last years circuit around the classic Fred Whitton route when heavy rain turned the roads into rivers compelling us to walk down some of the passes.

Grimpy, Richard, Paul and myself left the car park round the back of Wheelbase at Staveley just after 8am and it was Grimpy, just 3 days after celebrating his 72nd birthday with a category win in the latest round of the Percy Stallard National Road Race Series somewhere in the midlands, who set a lively pace up through Troutbeck and over Kirkstone. 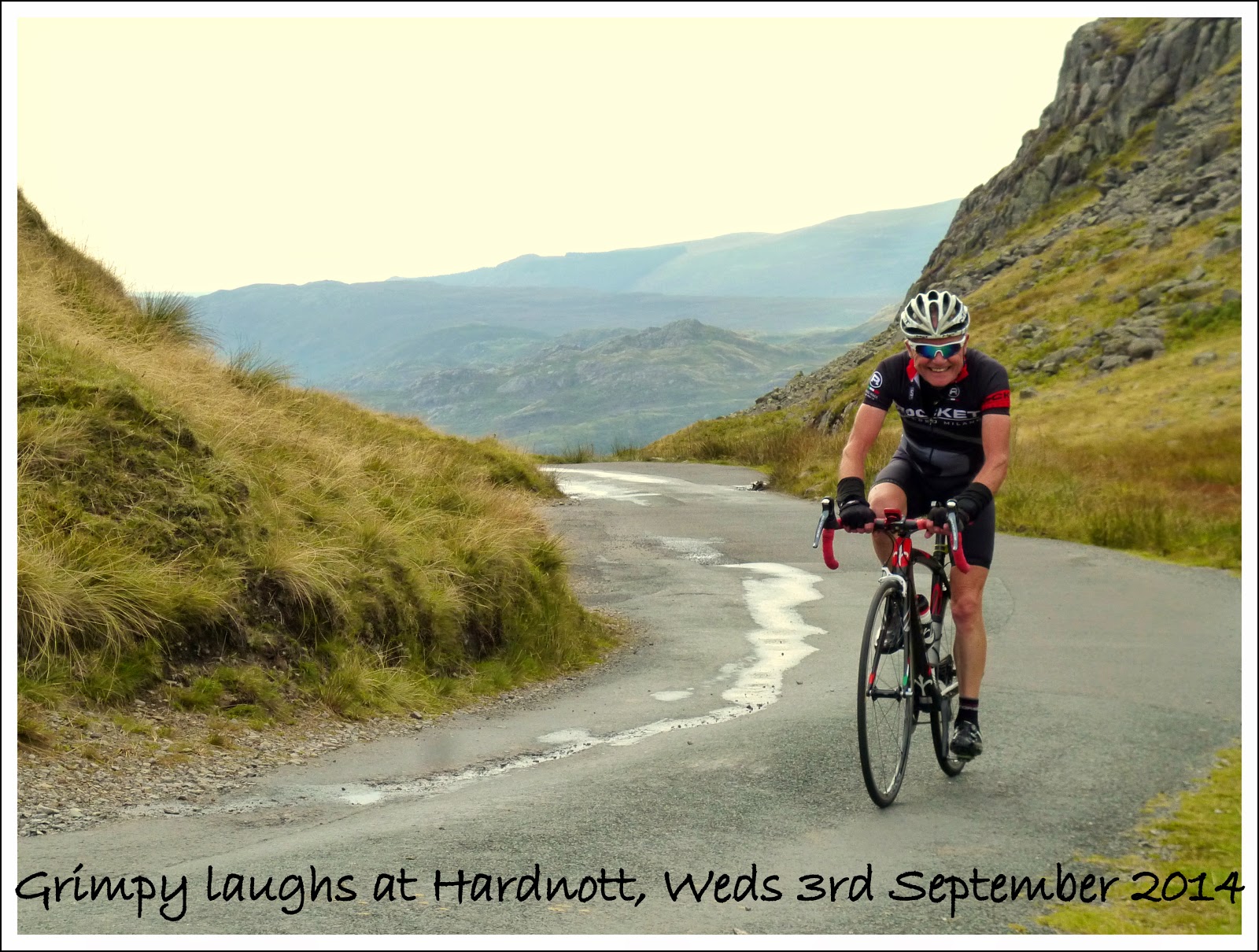 Ullswater was looking picture postcard perfect in the morning sun and I could have easily been tempted to loiter on the banks soaking up the tranquil serenity so freely offered but Paul had other ideas and we had all on just staying on his wheel. We soon turned our backs on the allure of Ullswater to climb over Matterdale End and enjoyed grand views of Blencathra and Skiddaw on the descent to the one less attractive feature of the ride, the A66. A pleasure to cycle on it may not be, but fast it is and we were soon enjoying carrot cake and buckets of Caffe Americano at the Keswick Costa. 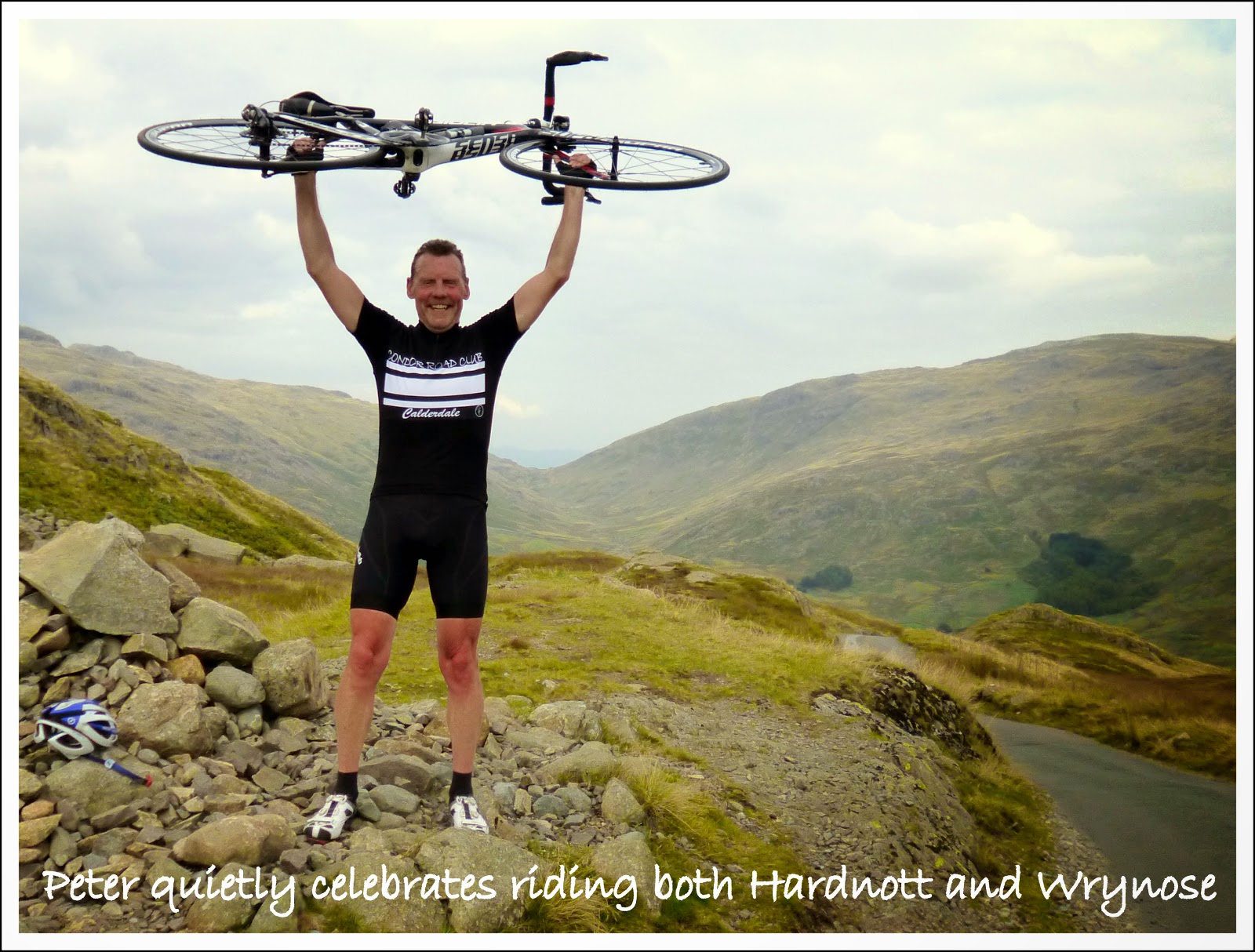 The road surface down to Borrowdale was as bad as ever and it was a relief to get onto Honister Pass and have something else to think about. It is a beautiful view down to the Buttermere valley, one of the best in Lakeland but you really do need to concentrate on your riding on the uneven tarmac.
We had been in danger of being hypnotised by the sight of an ever expanding bulge in Pauls back tyre. He was on his 'cross bike but had abandoned his faithful and reliable old Landcruiser (on which he'd been setting Strava segment KoM's) in favour of an old but lighter tyre he'd found abandoned in a corner of his garage.
When we stopped to re-group at the top of Newlands (my favorite Lakes Pass with its open views across Sail Beck to Whiteless Pike and Cragg Hill) and he happened to glance at the tyre himself, what he saw was not good, no rubber left on two areas and the threads on the casing fraying where the bulge was growing - even Paul looked concerned!   Fortunately we found the excellent bike shop at Whinlatter Visitor Centre and despite having no money he became the proud owner of a Conty Gatorskin, inflated personally by the proprietor of Cyclewise. 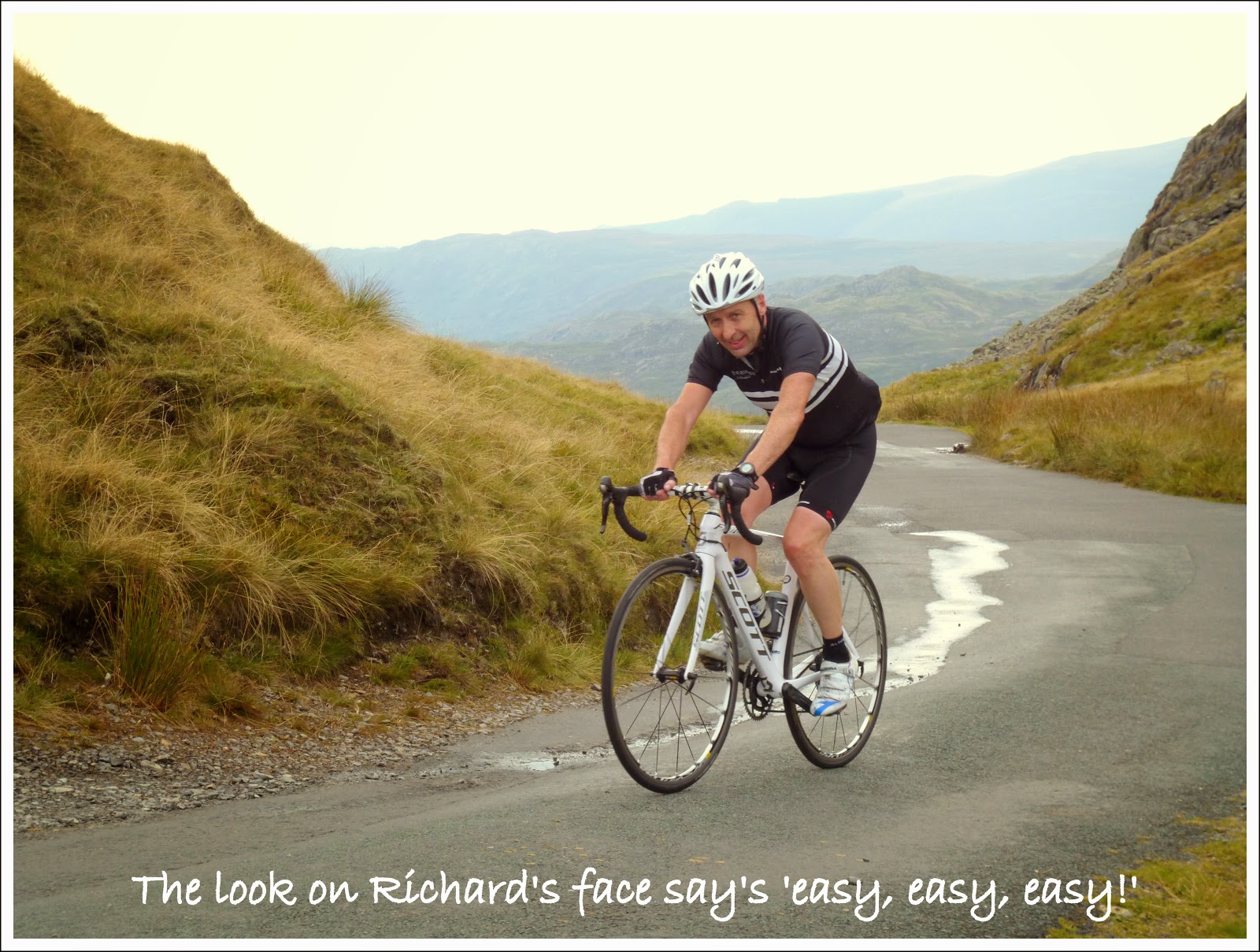 I was tempted to have a cafe stop at the smart looking cafe at the Centre but was out-voted in favor of pressing on over Loweswater and Cold Fell to Gosforth. Unfortunately the cafe there was closed, we went to the local bistro where they were kind enough to supply hot drinks and scones but something was still missing, something that only a pork pie from the local grocers satisfied.
After a leisurely break it was down to Eskdale and the serious stuff, Hardnott and Wrynose. Modesty forbids me from saying who was the only one to ride all the Passes but I have to concede that Paul, despite walking short sections was the 1st to the summits. 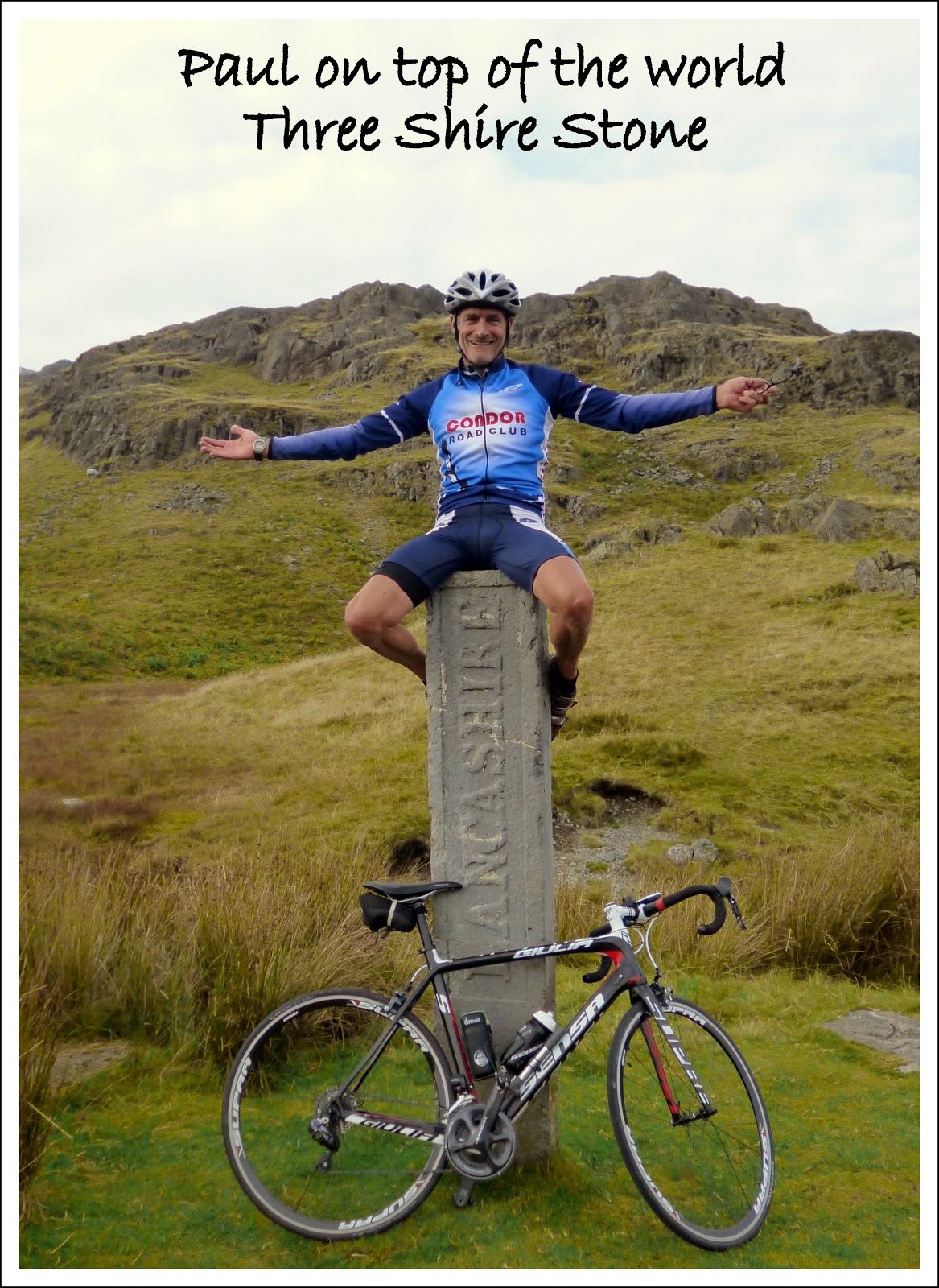