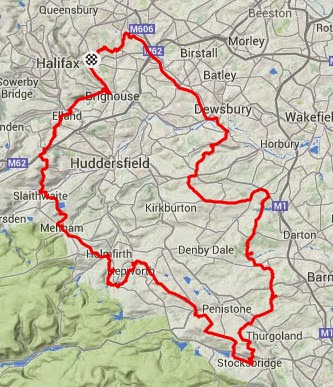 We were down to 4 for today's Hill Climb Recce' ride but were soon into the spirit of the day honking up the gradients from Holywell Brook to Old Lindley, through Outlane and over Scapegoat Hill.

A super descent or the best road surface of the day took us down to Slaithwaite from where we took the less popular route over to Meltham up to Blackmoorfoot Reservoir. From Meltham it was over to Holmfirth via Upperthong then up over Cartworth Moor to Hade Edge before dropping down through Hepworth to enjoy the climb up Jackson Bridge - stage 1 of the HSW Hill Climb.
We stayed on the tops then before dropping down to Stocksbridge, stopping part way for refreshments at the Windmills Cafe. 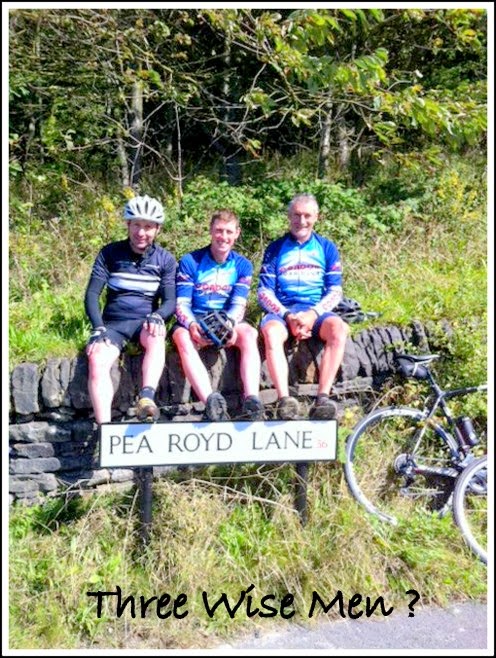 Our target for the day, the Pea Royd Lane climb, the venue for this years National Hill Climb Championship, was enjoyed by all, with some of us enjoying it for longer than others. 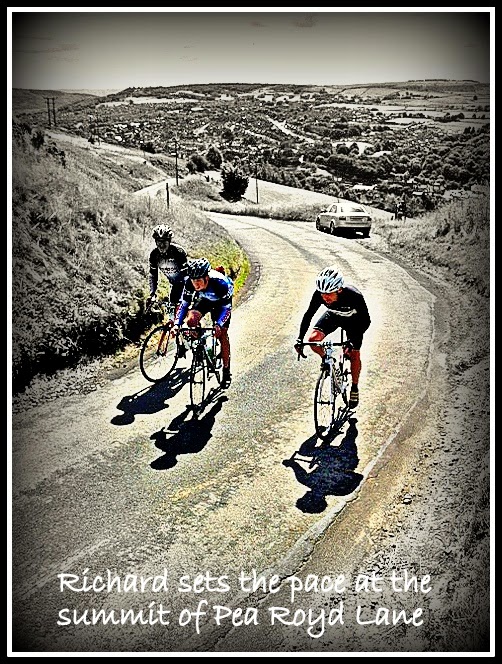 We then meandered back to Calderdale via Silkstone and Cannon Hall (where afternoon tea was taken) before taking in a bit of culture at Bretton Sculpture Park.  A really pleasant day out - this will have to stop!

Three Condors have signed up so far for Wednesdays trip round the Fred Whitton, Paul, Ricard and myself. Don't put it off, JUST DO IT