Six go to the Seaside 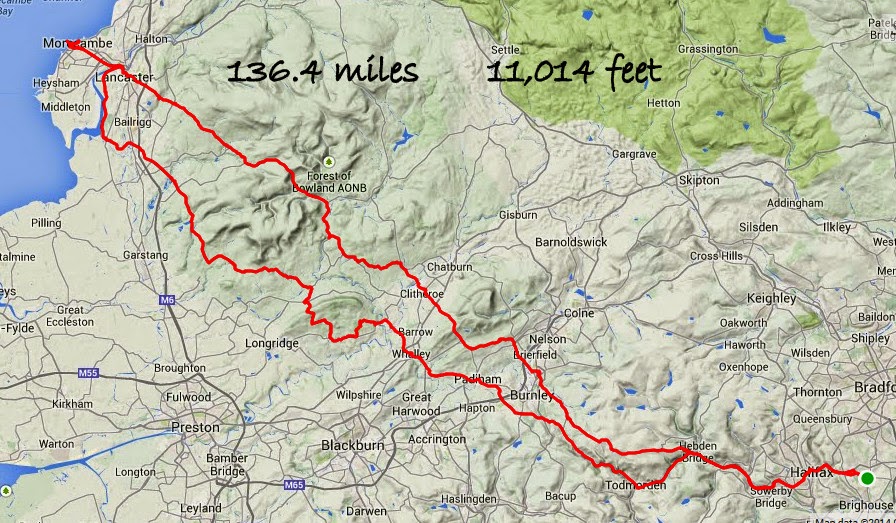 We were blessed with clear sunny weather for todays trip to Morecambe although there was a nip in the air, the early temperatures over the hill dropping down to 8 degrees, which for August felt pretty chilly.

Five of us met at King Cross and Paul set a blistering pace down to Hebden Bridge - he would probably deny this but looking at his Strava, a PB on just about every segment tells the true tale. I suggested to the others that there was no reason why we should chase after him but my suggestion fell on deaf ears. Steve was waiting to join us at HB and will never know how lucky he was getting there the easier way, over Cock Hill from Oakworth.
It wasn't really the best preparation for the next challenge, Mytholm Steeps - just ask Richard if you doubt this observation. Anyway once we got to Blackshaw Head the pace settled and the ride over Kebs was a delight in the early morning sun. We followed the Seasons of Mists route to Fence. Sabden and over the Nick o' Pendle and before we knew it were sat in Waddington Cafe enjoying and excellent bacon & egg sandwich and numerous cups of tea.
From Waddington we turned left from the Newton road along some delightful lanes to Cow Ark and Dunsop Bridge to the next classic climb, the Trough of Bowland - never as difficult as its reputation would have you believe, and we were soon enjoying the descent. The next climb, up to Jubilee Tower had Chris rather excited as he's entered a hill-climb from Quernmore up to the Tower in a few weeks time and was keen to look at the road. The views from the top alone were worth our days efforts, you could almost reach out and touch the Lakeland Fells to the far side of the Morecambe Bay, then a glance south gave you views of North Wales and Snowdonia.
It was plain sailing from there to Lancaster where we joined the cycleway from the Millennium Bridge to the centre of Morecambe which was looking splendid. 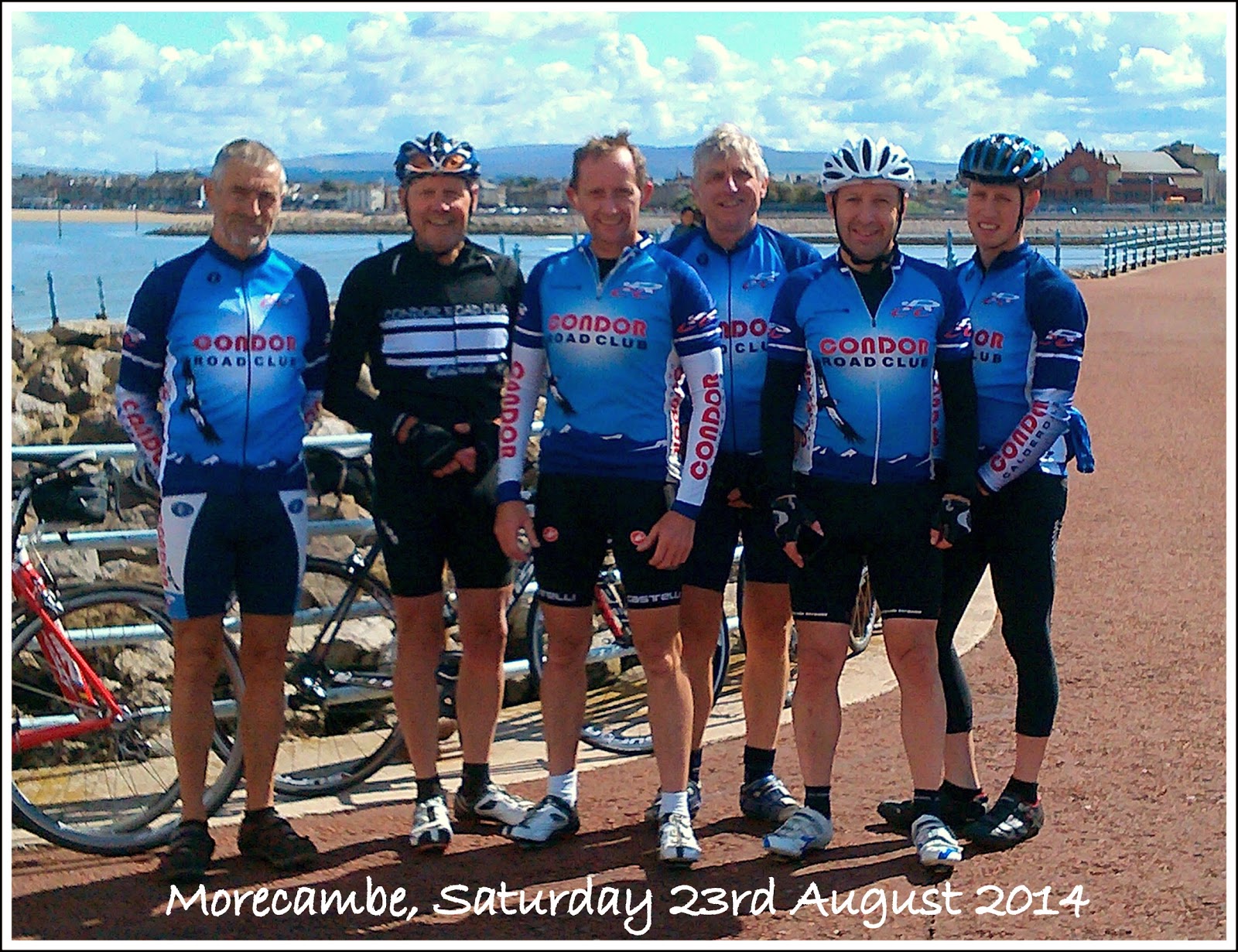 After sauntering along the Pier and up and down the Promenade we indulged ourselves with a fish butty before hitting the return road, well the return tracks. We returned to Lancaster on the cycleway then picked up the splendid old railway track down to Glasson Dock. A helping breeze softened the contours as we followed the Good Companions route to Chipping from where we took on the severe gradients of Longridge Fell, the views on this ascent helping counterbalance the pain in the legs.
We then included a little detour round the magnificent grounds of Stoneyhurst College before enjoying Americano's and calories in Whalley. With the tail wind light work was made of the remaining miles and we were home in time to watch the TTT at the Vuelta.
A super day - next away day on the list is a potter round the 'Fred' - watch this space!
Posted by petehorne at Saturday, August 23, 2014