Congratulations to Brian who made the weekends trip down to Newmarket worthwhile by taking the bronze medal in a very strong field, in Sundays Veterans 25mile Time Trial National Championships. On a morning when temperatures were more like March than August he produced a great time of 54 minutes 33 seconds; only about 10 seconds short of the British record for his age group.

Meanwhile in the depths of Buckinghamshire, Grimpy continued the great form he has shown this season with a win in the North Bucks Road Club LVRC road race.

In action nearer home was Chris Smith who began his preparation for the hill climb season last Wednesday evening with a great 2nd place in the North Lancs Road Club event on the Close Brow climb at Rushton. Chris' time of 2 minutes dead was 10 seconds behind the winner Andrew Laycock of Clitheroe Bike Club. 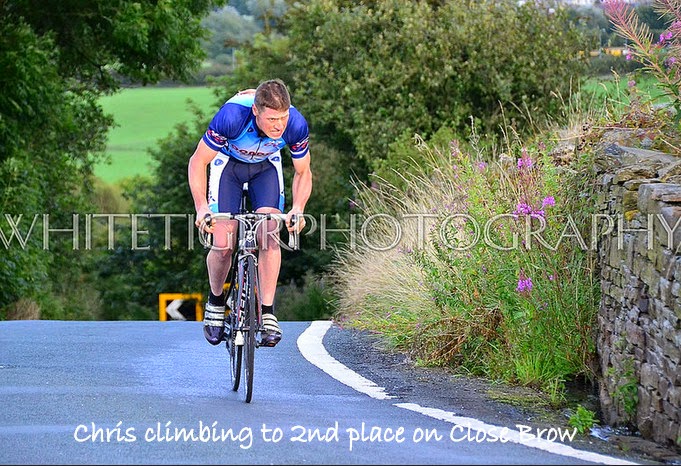