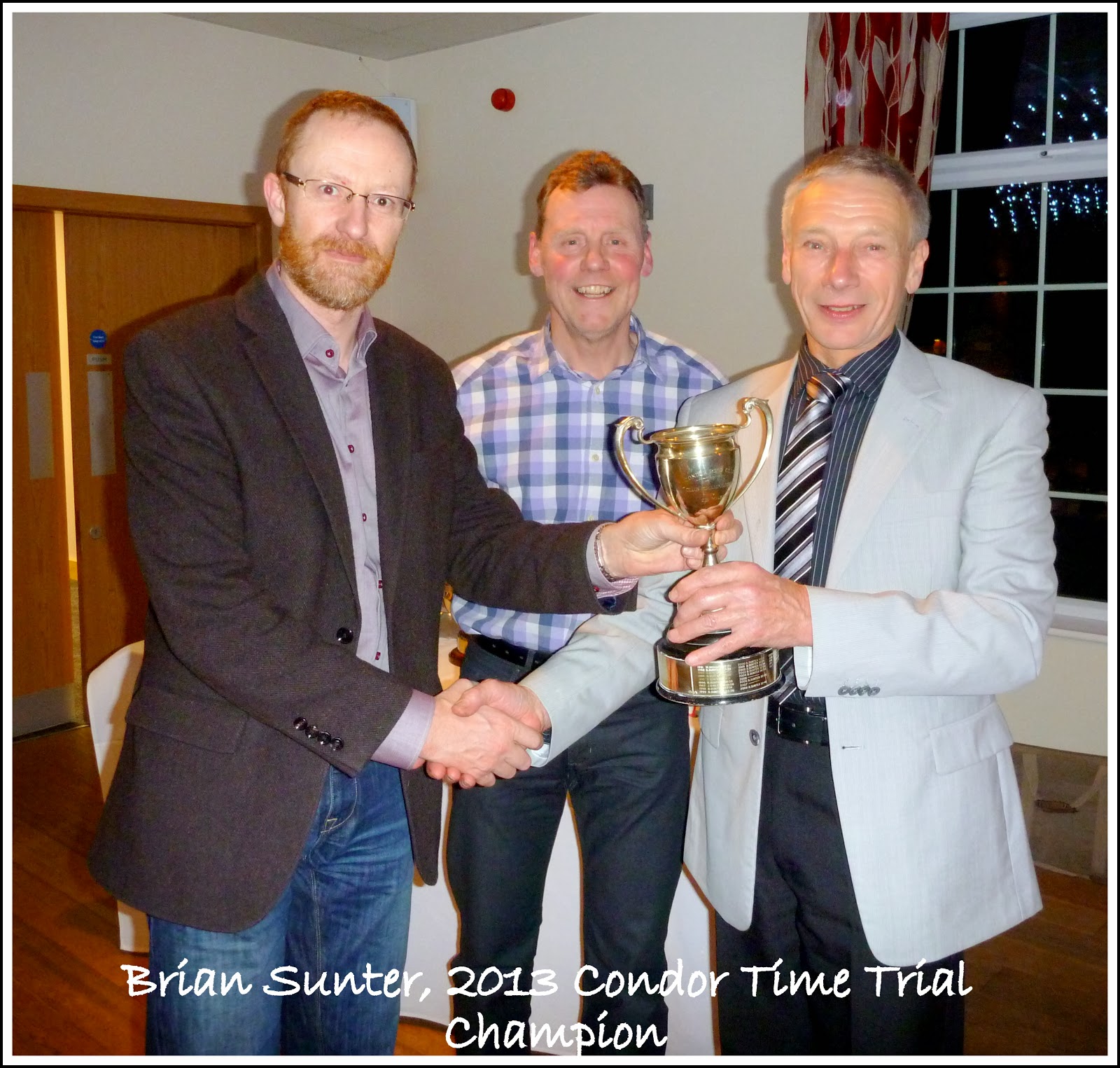 Brian took the time trial trophy for the 30th time since 1975. During the year he broke the National  over 70's time trial record for ten miles, took the silver medal in the Vets national 30 mile championship and the gold medal in the vets national 50 by an astonishing 4 minutes on age standard. 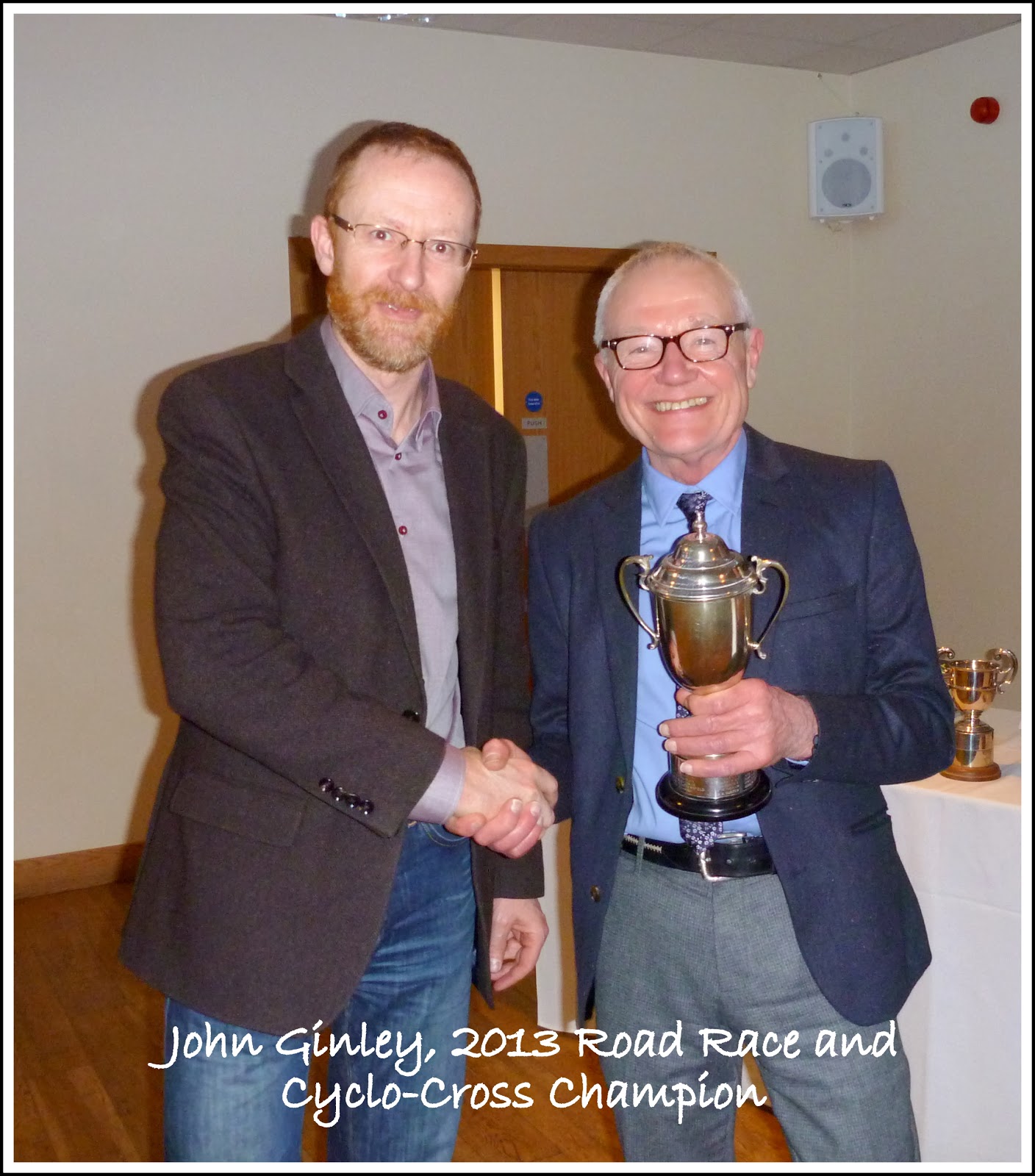 John snatched the 2013 Road Race Trophy, he won the 2013 LVRC National Criterion Championship whilst Brian won the National Road Race Champs (with Grimpy 2nd and Peeps 5th).  The deciding factor was John's magnificent overall victory in the season long Percy Stallard National Series.
On the CycloX front John is the current age related National Champion in both the British Cycling and LVRC versions of the event and was silver medalist in the UCI World Championships held at Loisville, USA 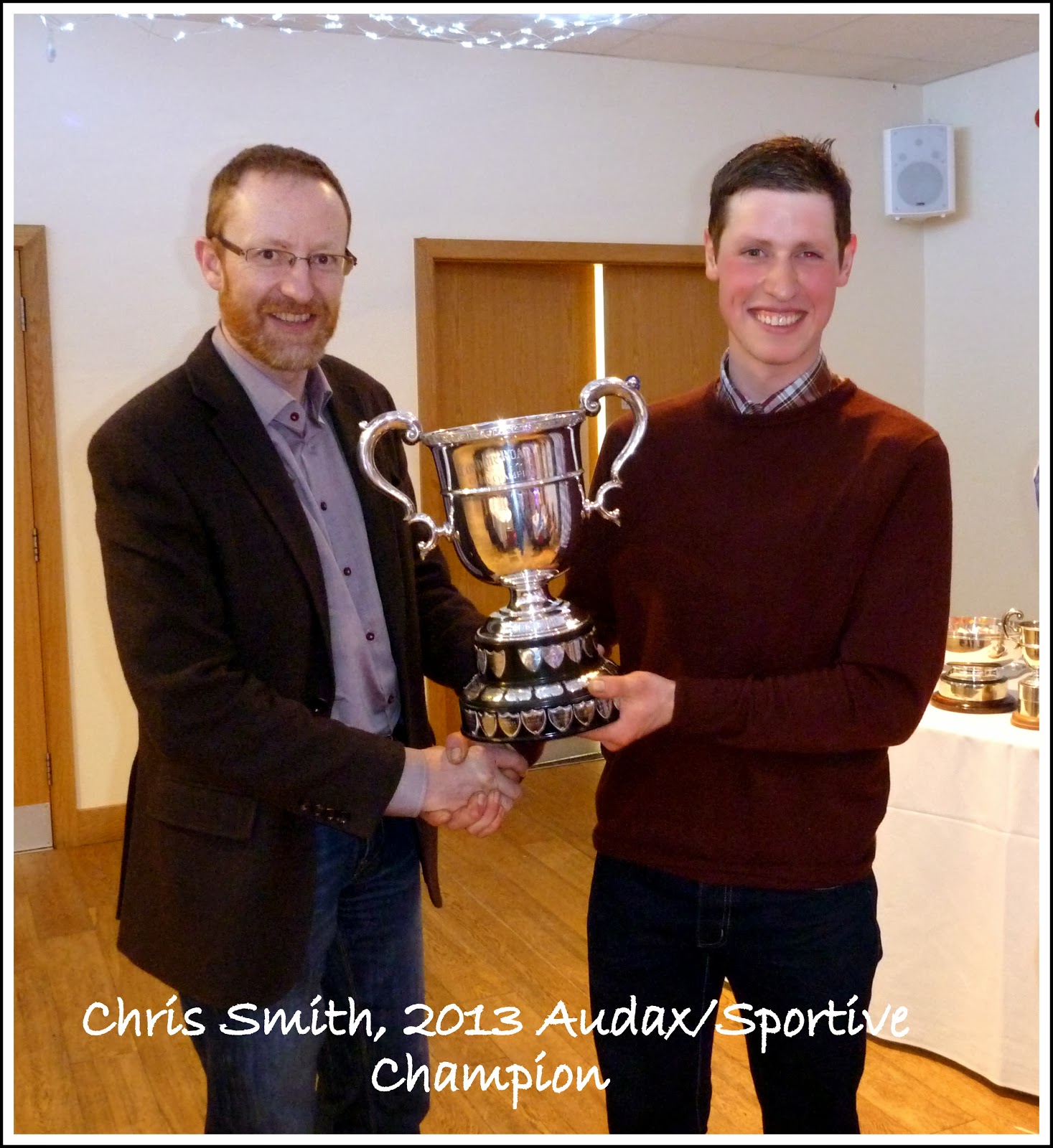 There were two outstanding qualifiers for the Audax/Sportive trophy, Simon Fortune and 'Padiham' Chris Smith.   In 2013 Simon became the first Condor to complete the classic 1400km London - Edinburgh - London, he also completed a 200/300/400/600 series, and in a normal year would have taken this trophy with ease.  However with Chris now on the scene the bar has been lifted, a glance at the Audax web site revealed that Chris had logged 13,134 Audax kilometres (which included just short of 300,000 feet of climbing) and this doesn't include sportive s such as the Fred Whitton and the Mill & Hills.
Posted by petehorne at Sunday, January 26, 2014