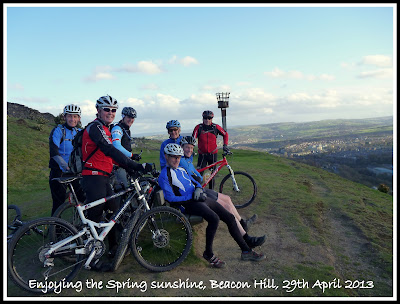 Eight attended at Hipperholme X Roads to take advantage of the sunshine, blue skies and dry conditions under-wheel for this weeks mountain bike ride. We headed down Badger Lane and up to Beacon Hill and along to Bank Top. Down Trooper Lane taking a left at the end of the cobbles and then down Whitegate, past Paris Gates and onto the Hebble Trail where we were amazed by the numbers of Stainland Lions running along the Trail. We followed the canal on to Copley and made our way up through North Dean Woods and on to do a circuit of Norland Moor coming out at the Spring Rock and dropping down past Bondina to follow Black Brook to West Vale. Then it was over Workhouse Lane and down Gog Hill to Elland Bridge and the canal bank to Brookfoot and up Sunny Vale for refreshments at the Travellers. 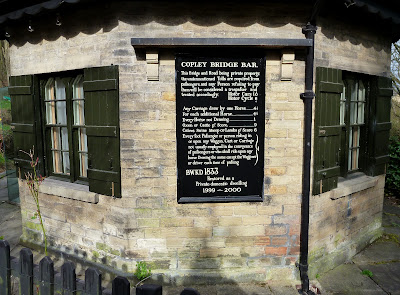 All agreed that it had been a good couple of hours, many of us have been away from the mountain bike for quite some time and we agreed that we had forgotten just how much fun it is to get off-road on fat tires.
Same again next week (May Day bank holiday) 6.30pm, Hipperholme X Roads.
Posted by petehorne at Tuesday, April 30, 2013