In my enforced absence Mike Beecham took a few snaps and sent me a short report relating to the Wednesday Wheelers Christmas Lunch. 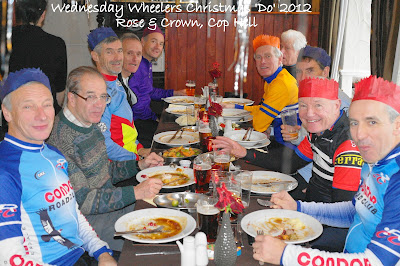 The Christmas ride out meal for the Wednesday riders got off to a dry start with the usual indecision of the route (Grimpy favouring the more challenging ride via Windy Hill!!!). Downhill to Brighouse and a leisurely ride on the canal path to Elland, then over to West Vale. This is where I left the lads who went via Wheelrights Mill up towards the motorway then straight over Pole Moor to The Rose and Crown. John Lumb and a few other riders pushed up the hill from the other side of the hill to swell the group 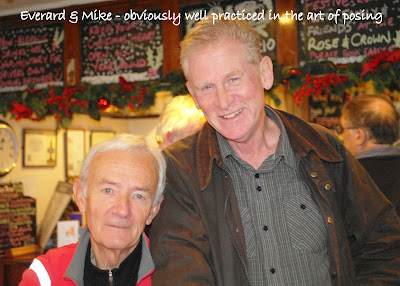 I made my way back home to pick up the car, not wanting a wet ride back. Reached the pub at 12.30 where the lads had been sampling the handpulled for the last hour. An hour later, great quantities of turkey, beef and Brussels sprouts were being piled on top of the beer! This combination makes for a good ride back home so I'm told. 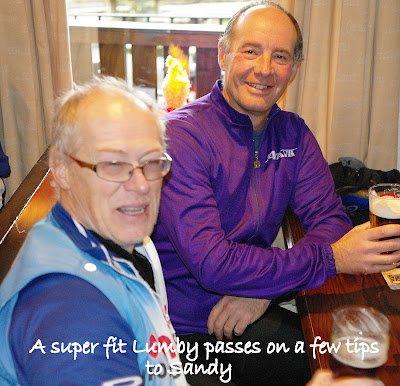 John Kay did the honours by thanking Pete Horne for the organisation of the meal (funny thing its the second year running he's missed out), then he thanked Paul Gower for picking up the money and sorting out the finances on the day. Finally he proposed a toast to our sadly missed friend and fellow rider Trevor Lever, a sentiment that all those there echoed. 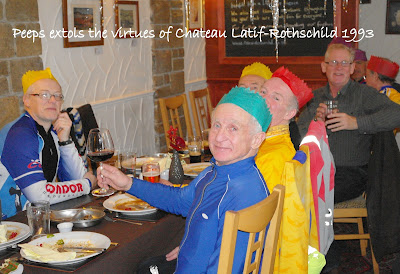 As forcast, the heavens opened. The brave rode back, Derek Needham and myself took the easier way back on four wheels. 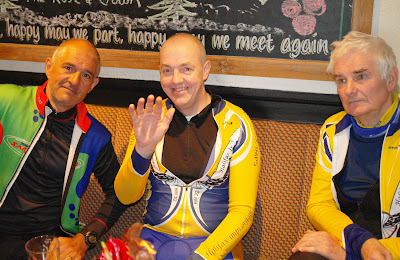 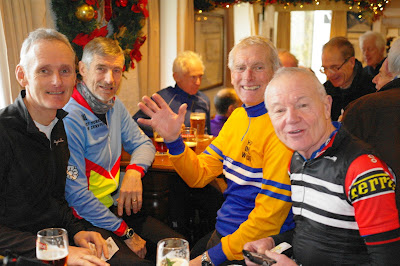 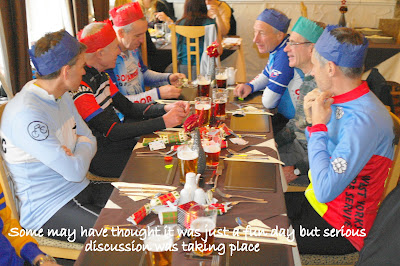