Come on Robin, tell us how you performed 'Up the Butress', would have come over to cheer you on had I known about it earlier.

What a superb route for yesterdays sportive, 'The Cumbrian'. Anyone who was thinking that there were just Kirkstone, Wrynose  and Hardknott to worry about was in for a rude awakening. Mel was riding round with  former Halifax CTC man Roger Palfreeman, judging from the results they appeared to have a great day out finishing as the days fastest riders. Hopefully Mel will give us a full report. 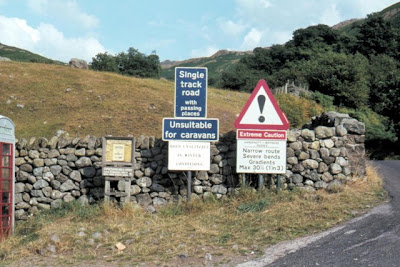 My day didn't run quite so smoothly, breaking a spoke after about 5 miles I removed the offending piece of wire and slackened off the rear brake to stop it rubbing before setting off again. All was going well up Kirkstone but on turning left opposite the summit Pub disaster struck, unusually the spoke had snapped at the end of the butting and the inch and a half or so of remaining spoke had jammed between the cassette and hub preventing the cassette from freewheeling, there appeared little I could do without a cassette remover and chain whip so I had to pedal all the way down The Struggle to Ambleside with my brakes on so my legs could keep up to the pedals. My plan was to make it to the 1st check/feed station at the Youth Hostel after Grasmere, at the top of Red Bank, where I felt sure there would be some tools available - unfortunately the only bike tools available were 3 tyre levers, a search of the hostel eventually produced an alan  key and a pair of pliers which I used to dislodge the jammed spoke and bend over into the centre of the hub, away from the freewheel. After about 40 minutes I was away up Langdale now free from the self imposed pressure of doing a good time I resolved just to enjoy a beautiful sunny Sunday cycling up those iconic climbs and takeing in the scenery.  After Blea Tarn, Wrynose and Hardknott the route took us over Birker Fell into Dunnerdale and then over Far Kiln Bank to Broughton Mills and Subberthwaite Common before reaching the Lyth Valley and back to Milnthorpe. A superb route, equal to the Fred Whitton. 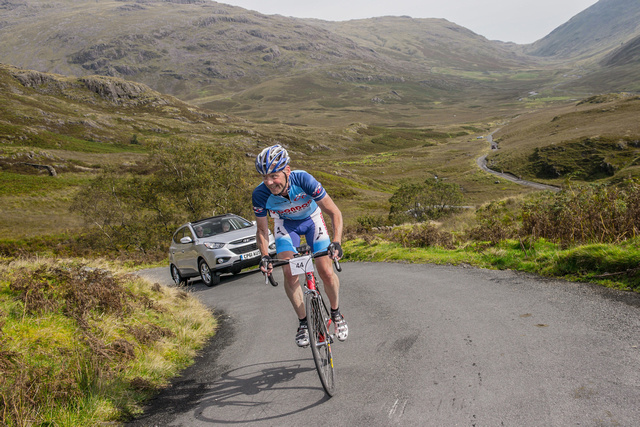