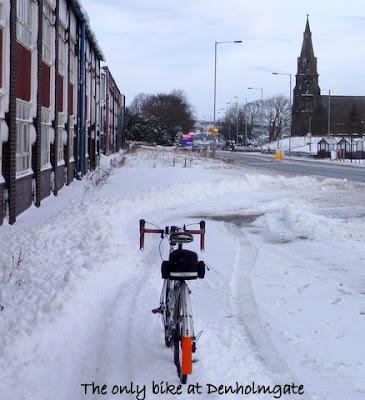 I wasn't really surprised when no one else turned up at Denholmgate yesterday but as the roads were clear, the temperature was okay and no more snow was forecast I decided to have a gentle potter up into the Dales. 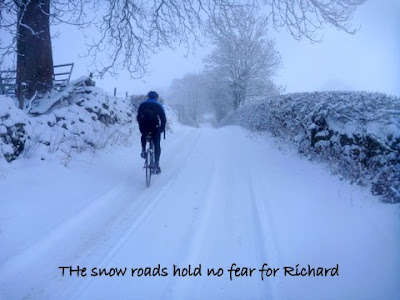 I wasn't expecting anyone in Keighley either but was joined by Richard and we agreed that Burnsall Cafe would be a good target to aim for (fast becoming a weekly destination for the Condor). 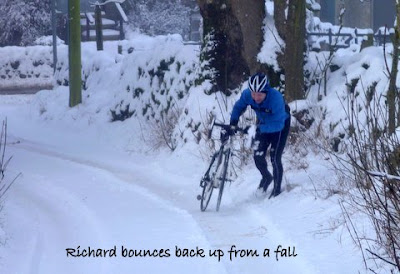 Not a lot of work had been done on the roads north of Cracoe but we were in no hurry and the snowscapes were more than worth the effort. 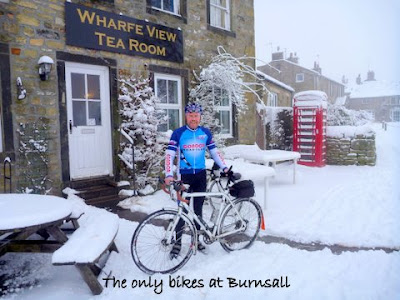 Its not often that we are the only cyclists in the Wharfe View on a Sunday morning.
Posted by petehorne at Monday, February 06, 2012