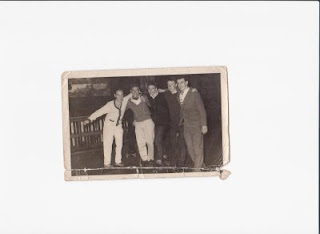 The funeral of Phillip Smithies took place today in attended by Paul Gower. I knew Phillip fifty years ago when he joined the IMPS of which I was a member and club secretary .Phil was a private person having been raised by his father, his mother died when he was quite young. He was used to looking after himself and enjoyed his own company. the enclosed photo was taken in blackpool roller skating about 1960 (ISH) FROM LEFT , Brian Sunter Phil Smithies Graham (not a cyclist a mate of Brians)