!st trophy was for the greatest distance covered in the year in organised rides such as Audax, Sportive and Reliability rides. Pete Horne took this award with a total of 2051 miles, with Steve Thewlis in 2nd place at 1543 miles (including a double Coast to Coast) with Mel Hartley 3rd at 617 miles. 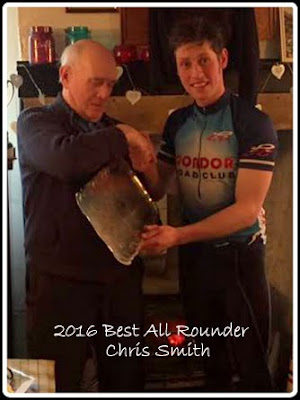 Best All Rounder Fastest average speed over 10. 25, 50 & 100 mile time trials. Chris Smith took this award for the 2nd year running with PB's at all distances.  Had CRC a hill climb trophy Chris would have also won that, representing Condor with distinction in many local climbs in addition to the National Championship at Matlock. 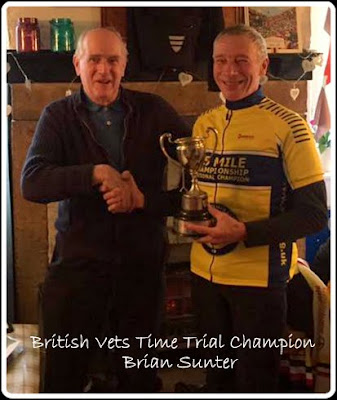 25 mile Time Trial Champion Once again awarded to Brian Sunter, but simply to call Brian the 25 champion would hardly do justice to another outstanding season. He knocked over a minute off John Woodburn's 10 mile age group record when he recorded 20min 44secs. at 25 miles he recorded another British age record with 54min 36secs. The British record also fell at 50 miles when he recorded 1hr 56min 45secs. Brian's main targets for the year were the VTTA National Championship events at 10, 25, 30 &  50 mile distances. Travelling the country to achieve his ambitions he made the podium at all 4 distances winning gold at 25 miles, the blue ribbon event of the vets calender. 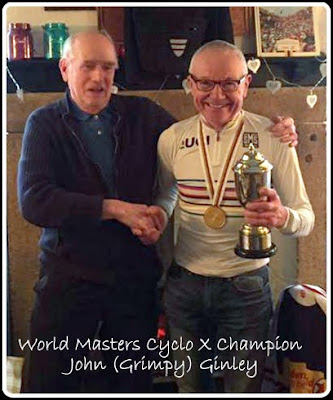 Road Race & Off-Road Trophy's Whilst Melvin dabbled his toes into the cut and thrust of veterans road racing in 2016 with a 2nd in the Condor event, 3rd in the Clifton CC, 5th in the Imps race and 5th in the Tour of Cambridgeshire UCI Gran Fondo the trophy was retained by John Ginley with a 1st place overall in the LVRC o'65's Road Race Series and 2nd place overall in the season long Percy Stallard Competition.
As we all know John is an outstanding cyclo-x rider but he'd been fighting injury for much of the early part of 2016 and was doubtful that he would ever be able to resume his 'cross career. However, after a season road racing he started testing his legs off-road, was not unhappy with the result and sent his entry in the the UCI World Masters 'Cross Championship in Moll, Belgium. The rest is history, a 2nd World Cyclo X gold medal. 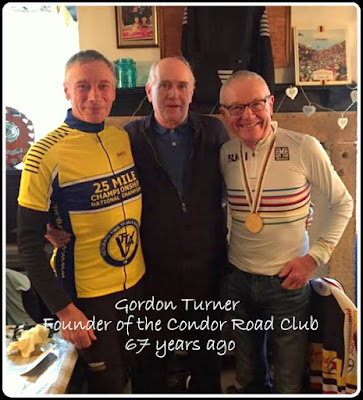 I missed to 'Do' myself due to being struck down with man-flu so I would like to thank Phil Haigh for volunteering, at the last moment, to take over my duties at the function and also Phil (Sandy) Sanderson for organising it and collecting the money. I'm gutted about missing it, especially Bernard's slide show. 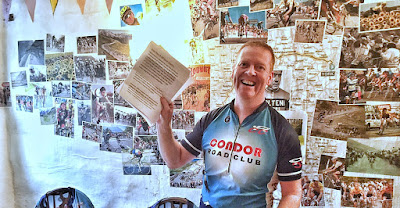