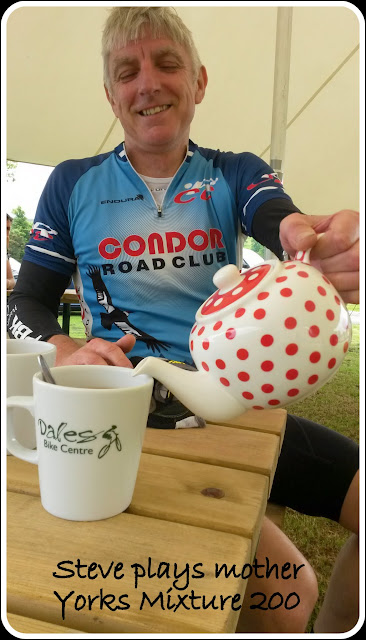 Not the best conditions last Saturday if you're looking to record a super fast 100, the windy conditions causing half the field in the YCF time trial at Thirsk to be either DNS or DNF. However our man Chris Smith always enjoys a challenge and finished 12th fastest with a time of 4hrs 12min 38secs.
Also on Saturday but at the other side of the country Brian was in action in the Border City Wheelers 10 on the A66 west of Keswick where he recorded a good time of 22.52 against the winners 20.39.
Simon went one second faster the following day in the Selby CC 10 out on the Hull course, his 22.51 knocking several minutes off his PB in his first season time trialling, obviously the speed training we did on our Humber Bridge ride the other week is paying dividends. 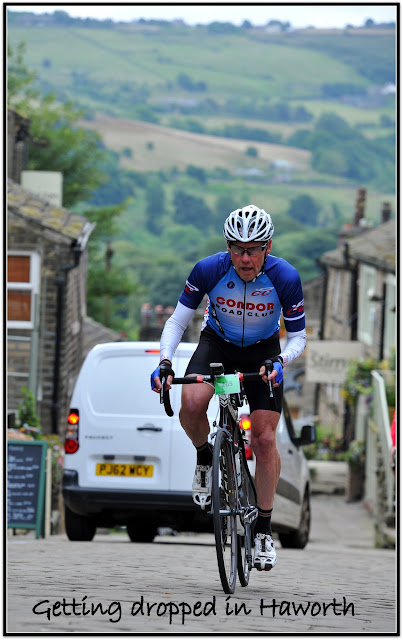 Four Condors turned up at Keighley for the Bronte Sportive, a tough 88 mile circuit which when it wasn't going up hill was going down hill. Mel, Paul Daly, Pete Whiteley and myself  started together shortly before 9am having numerous earlier starters to chase down kept us focused, Mel, Paul and I completing the 'Monster' and Pete the 'Little Monster' (which was far from little, Pete had over 100 miles and 11,000 ft of climbing in by the time he got home). A really good day was had by all with a barbie at the finish before we retired to The Boltmakers for a pint of Timmy Taylors finest.

Whilst we were being pampered in the Bronte, Steve Thewlis and Andy Myers were getting in the big miles at the Yorkshire Mixture 200k Audax from Otley. Not happy with a mere 200k they rode out and back topping over 160 miles for the day, hard men that they are.

This coming Sunday its the Good Companions 200k Audax from Mytholmroyd (8.30am), if you want to beat Melvin's record you will have to ride at least the last 50k with your saddle in your back pocket. Entries are being accepted on the day.
Posted by petehorne at Tuesday, July 19, 2016