Just a reminder, this Wednesday, the 1st of June, its The Trevor Lever Memorial Ride, a 32 mile ride to Skipton and back. 6.45 pm from the Causeway Foot Inn, Ogden, Halifax. Always a well supported ride followed by a social gathering in the Causeway Foot Inn. £2 on the night to enter,

I'm a bit out of touch with racing news at the moment, not having seen Brian or Grimpy for a few weeks I haven't had the opportunity to prize information from them. Chris has continued to be active on the TT front. He and Brian rode the Holme Valley Wheelers 25 last Saturday, Chris recording a 58 min ride and Brian a 59, although I don't know who the winner or his time is. Chris had a good ride in the Halifax Imps Mountain Trial in poor conditions last Wednesday evening coming 4th overall and Simon made his Open TT debut last Sunday in the BBM Revolution 10 on the Fairburn course recording a 25 min ride, which is 2 minutes faster than his only previous 10 - he's hoping to continue a similar rate of improvement and reckons that Alex Dowset's national record for the distance will be under threat after another four 10's .

Paul, Chris and myself had a good day out at The Struggle sportive, from the Army College at Harrogate a week last Sunday. A hilly 108 mile loop round the Dales taking in many of the most feared climbs including a newly resurfaced Park Rash. 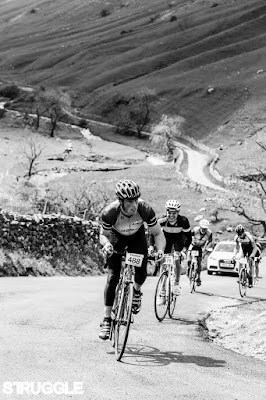 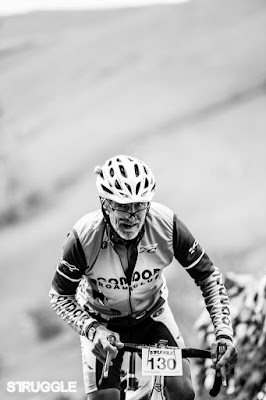 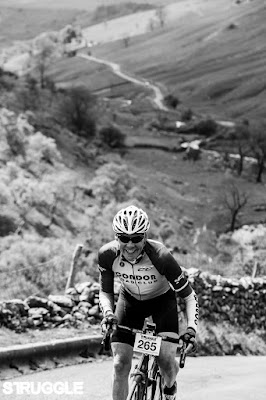 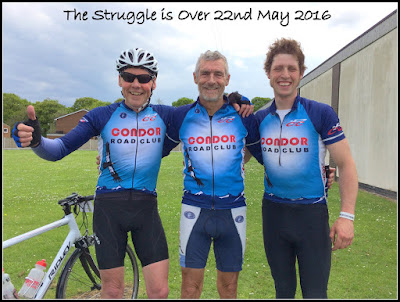 I think the ride of the week must go to Melvin who rode the 165.6 miles to Kippford in Scotland for his holidays, at an average speed of  18.8 mph - he did however have a half hour stop en-route.

Hope to see a good turn out on Wednesday, Pete
Posted by petehorne at Monday, May 30, 2016