Updates, and Sunday 8th May 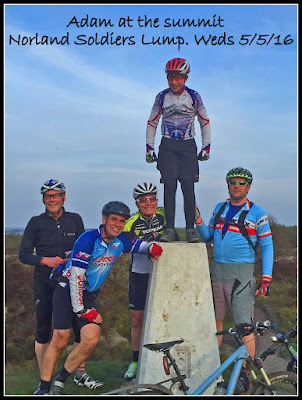 Superb evening for mountain biking yesterday (thanks to Tim for the pic.) which shows Adam Fortune at the top of the podium in recognition of his weeks efforts, racing at Manchester Velodrome Tuesday, making his TT debut on Wednesday at Holme Valley Wheelers 10 on the grueling Birdsedge course and mountain biking on Thursday (when does he do his homework). His dad Simon, also made his TT debut in the same event, starting 2 minutes after his 13 year old son both had maximum motivation to go as hard as possible and father did eventually pass son but not without a great deal of effort. Adam tells me he is planning to let his dad beat him this year but next year will show no mercy.
Our very own Chris Smith took 2nd place in the event squeezing under 24 minutes, an excellent time on that course in windy conditions but one position lower than the previous night when he won the Rossendale 10.

However life hasn't been smiling on all Condors this week; catastrophe happened for Richard on the way home from Thirsk on last Sundays club run when, whilst attempting to put on his gloves in the middle of Otley slipped on a grate and fell, breaking a bone in his hand, a miserable end to his preparations for this Sundays Fred Whitton Challenge.

Life must go on though and we must plan for the future. Firstly I welcome 2 new members to our endurance squad, Gary Mitchell has signed up from Ravensthorpe CC and his mate John Lumb (not that J Lumb) from HTC. Gary's presently recovering from a problem that made sitting on the saddle painful during the recent Red Rose 200 but both are natural hard-riders and I look forward to seeing them regularly on our rides.

Several Condors have entered the following Events in May -

Sunday 22nd May - 'The Struggle' sportive. 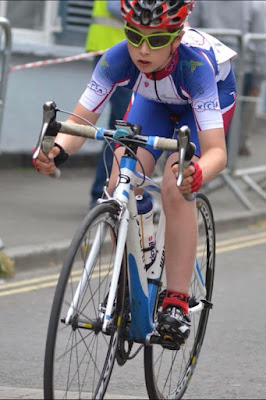 Sunday 8th   Meet 8.30am Denholme Gate or 9am Keighley for Feizor via Malham Cove and return via Wham.

Wednesday 11th  MTB run is meeting at Shelf roundabout this week, at the usual time, 6.30pm; Tim is taking us for a tour of St Ives.