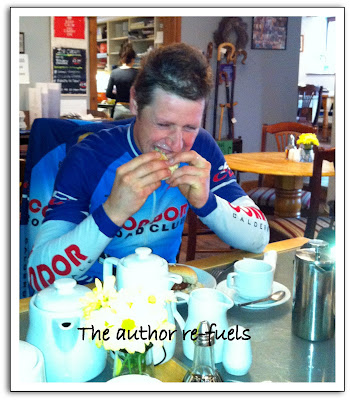 A cold, wet and windy morning lent itself to our Club Run last Sunday. With Stoodley Pike shrouded in rain-cloud and almost horizontal drizzle, there was only one place to be ( on the bike!)
Climbing over Cock Hill seemed almost effortless thanks to a gale-force tailwind. Never forgetting that this would be against us later in the day. 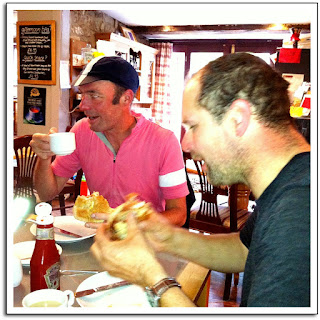 5 brave souls assembled at Keighley roundabout to take up the gauntlet, Oakwoth Steve, Robin, Barker, Pete Horne and myself. It was soon apparent to me that I had been foolish to turn up guardless but after all, it was summer rain so no one seemed to notice.
We settled into a well organised group with a nice temperate speed, through Skipton, Gargrave and onto Long Preston. From here we took the busy main road for a while, before turning  back onto quieter lanes towards Settle. On past Giggleswick School and climbing Buck Haw Brow, Robins stomach was rumbling.
"How far to the cafe?", Barker shouted. "1 Mile!" said Pete, " And what a cafe it is! THE BEST!"
Last time we were here it was Xmas eve, and yes it was better weather and warmer then.
No photograph could ever do the fayre at Feizor justice, but once refueled on cholesterol T Cakes, scones and lashings of hot sweet tea we just HAD to begrudgingly leave 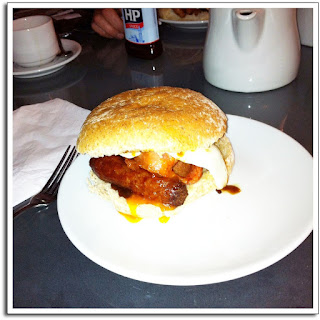 On towards Austwick and Keasden to climb Bowland Knotts. With an assisting breeze this was great. The wild open landscape which is The Forest Of Bowland, opened up infront of us as if painted by Gods fair hand. Barker was enjoying the view so much that he didnt see Robin drop his Oakley sunglasses, and rode (totally unsympathetically) over them. 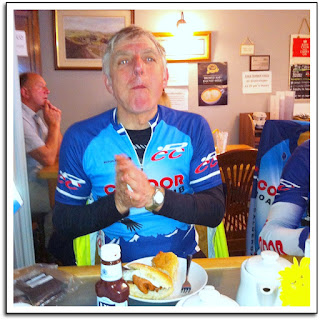 We descended past the MTB centre at Gisburn Forest and into Lancashire, where the sun always shines and the roads were at last dry. Riding behind Robin I was in awe as he managed to de-cape, roll up and pack away into the jersey pocket, all whilst riding uphill without hands. SKILL! I just had to try it. Success! Thanks for showing me that trick Robin. 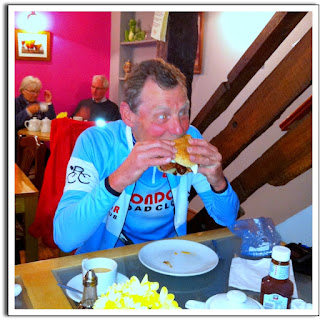 Barnoldswick came and went, Kelbrooke and Earby too as we made progress over towards Cowling.Over the Pinnacle and onto Oakworth, where we parted company, with Oakworth Steve claiming " Its not recorded!". Never mind Steve, we know the truth that Strava doesn't, we were there!
Chris Smith
Posted by petehorne at Tuesday, June 02, 2015