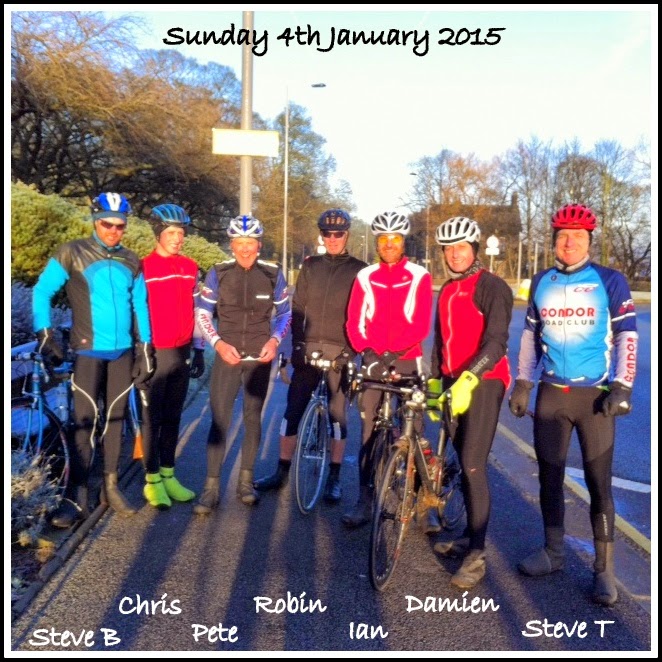 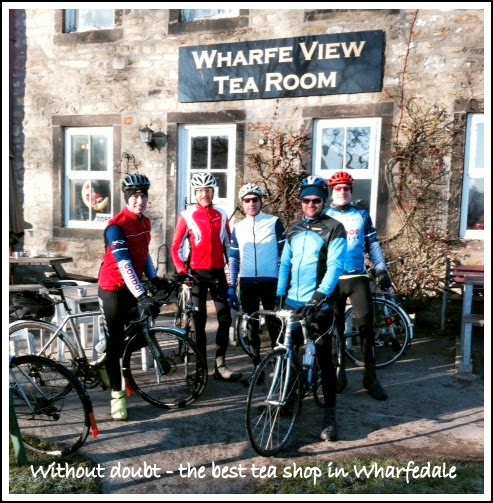 From the café the pace increased as Robin and Mel hit the front and drove the train down to Bolton Abbey and Addingham. Again the preferred route over Addingham Moorside was avoided in favour of the safer and busier Cringles. Mel said goodbye and turned off towards his home but Robin had caught the speed bug, setting a lively pace over to Silsden which saw off Ian (too much holidaying over the holiday period) and  Damien eventually succumbed to lack of miles in December.
There was no stopping Robin though, he was last seen darting through traffic in Silsden. This left Chris (who had been keeping a low profile and keeping out of Keiths way) on the front with Keith. They took us through Keighley and to the foot of Ingrow, we singled out for the bends, Chris went to the front alone with Keith locked to his wheel, I went off the back, and so eventually did the 2 Steve's.
Another great day out - and home for 2.30.
Posted by petehorne at Monday, January 05, 2015