Whats On & Whats Been On

﻿
34 attended todays Wednesday Club Christmas Lunch and I think everyone was in agreement﻿ that the Robin Hood at Cragg Vale was an excellent venue - its a pity that the photographer did such a shoddy job - his excuse was that he couldn't get the flash to work on his camera (when he got home he realised why it was because the camera was set on 'burst' mode which disables the flash).
﻿ 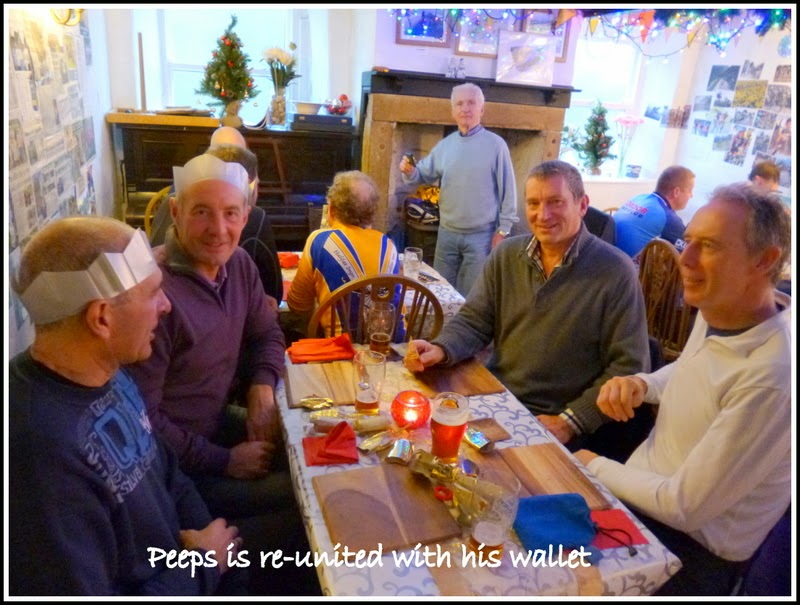 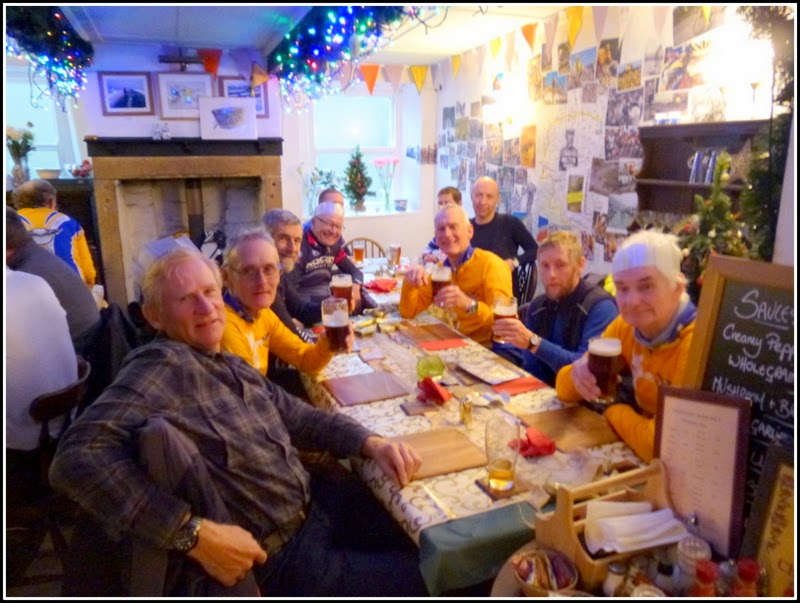 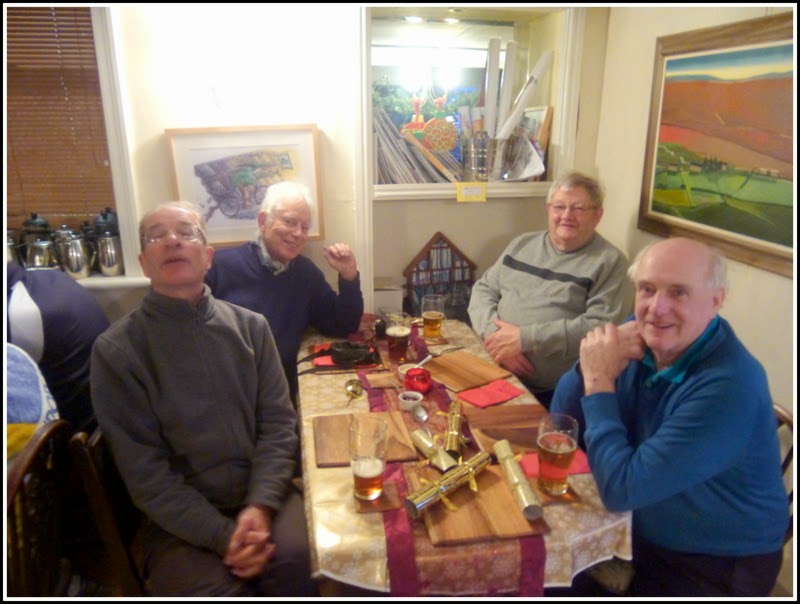 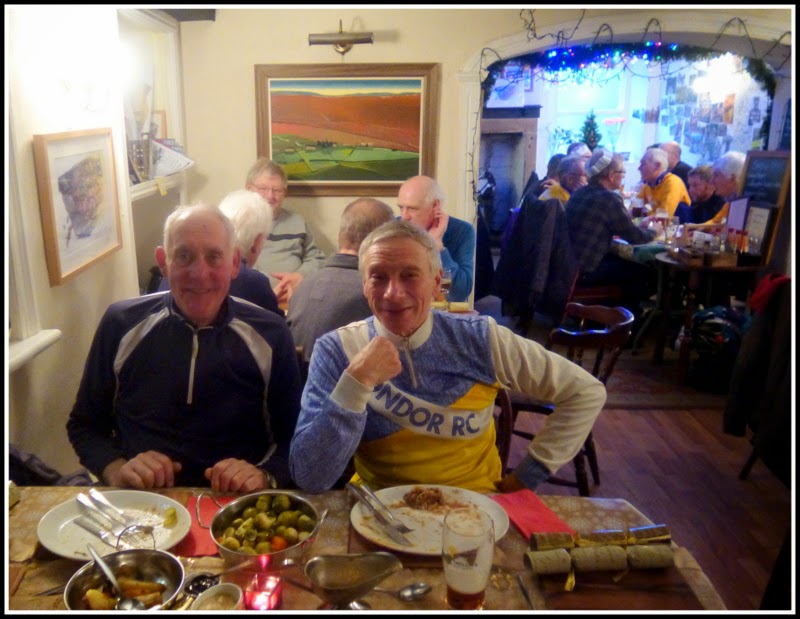 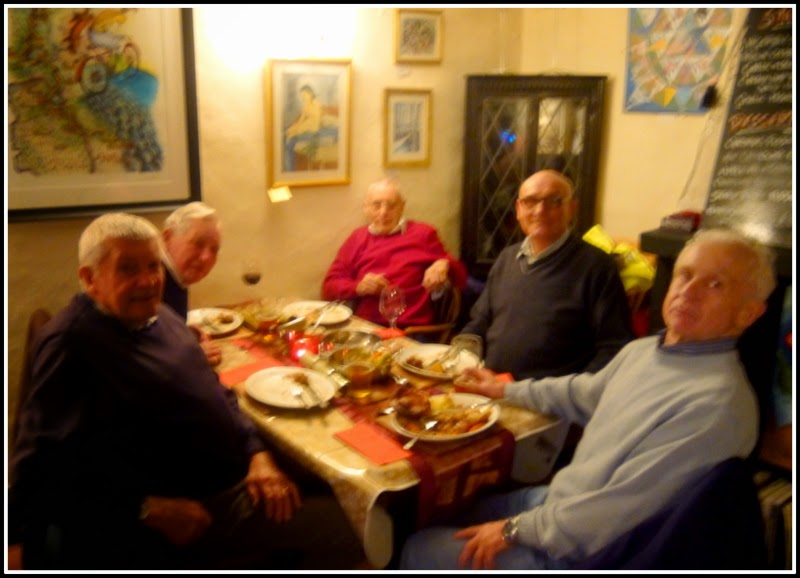 Sorry I didn't ﻿capture everyone, I just gave up because of the flash problem.
A very enjoyable ride out over Tadcaster way last Sunday with plenty of miles in the bag in dry conditions until we were almost home.
This coming weekend we've scrapped plans to ride the Winter Solstice Audax in favour of taking part in Jonathon Emberton's Cragg Vale Spiral on Saturday (9am at the Robin Hood). It promises to be a good turnout from the Condor with not just the usual suspects but also Brian, Lumby, Mick White and one or two more pledging their selves (although admittedly they had drunk a few pints when they declared their intention)

This also leaves Sunday free to pop into the Robin Hood at Pecket Well to take a look at Rileys Treat, 9am Denholmegate or 9.30 Keighley so we can get a few steady miles and a café stop in before getting to the Robin.
﻿

Posted by petehorne at Wednesday, December 17, 2014