Numbers were down for last Sundays club run with regulars like Paul D, Damien and Oakworth Steve all falling by the wayside it was left to tough guy's, Padiham Chris, Turbo Steve, with me as a bit of a tag along to fly the Condor colours. We were joined by Aire Valley's Tim Small and, due to the temperature being minus 4 decided to stick to more travelled roads.

We headed straight up to Skipton and over to Wharfedale, surprised to see that north of Skipton the snow disappeared and the dale was looking magnificent bathed in bright winter sunshine. At Threshfield we caught a guy on a mountain bike, we were keeping up a good average speed and by Kilnsey Crag I was impressed that the MTBer was still sat in and looking very comfortable. I dropped back to have a chat, asking him where he was going, and as I did so I noticed a pair of Walshes (fell running shoes) strapped to his Camelbak. He told me that he was on his way up to the White Lion at Cray from where he was going to run up Buckden Pike before meeting his mates back at Cray the having a pint a every pub on the way back down the dale - he made me feel like we were having a lazy day.

We said goodbye to him just short of Cray when we turned left towards Hubberholme to complete the Buckden Triangle. This little road confirmed to us that we had been sensible keeping to the busier highways as an icy surface was very evident.

Travelling back down the dale we enjoyed a slight tail wind. We stopped at the café opposite the car park in Kettlewell (Zarina's being closed) and had very ordinary bacon & sausage sandwiches, tea and a bun; at £10 odd we were not at all impressed.

From there we flew down the back road to Grassinton - Linton - Cracoe - Gargrave - Cononley B..tard and home. As usual Chris was on top form and Steve also showed us he has been kissed by the god of speed. Tim behaved himself (as expected from a guest rider on his 1st outing) and I clocked up 90 miles or so towards the Strava 500 Challenge. 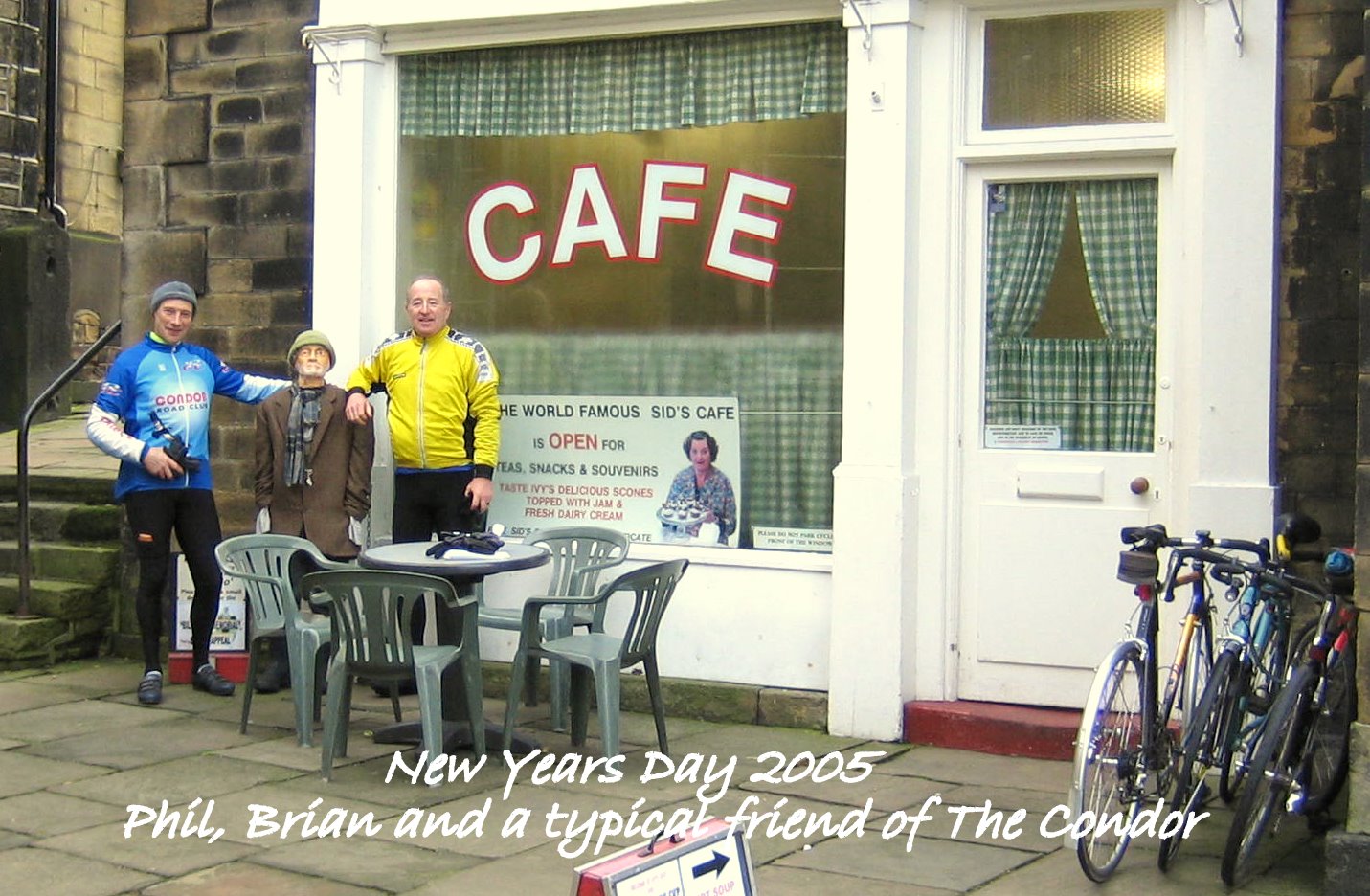 Brian Sunter and the late Phil Smithies plus 3RT member

Which brings me to the subject of the blog entry - don't forget 10am Brighouse, New Years Day for breakfast at Holmfirth and afternoon refreshments at Sowerby Bridge
Posted by petehorne at Tuesday, December 30, 2014