Sunday was completed as advertised and sadly we were so busy chatting at our rest stop that I forgot to take a photo. We'll have to make do with this one instead taken on the way back going in to Grassington. Pete Smith made a welcome appearance, shown here along with Steve T and Peter. Out of shot we also had Paul Daly, Steve Barker and Tod (nee Padiham) Chris. Our apologies to Nigel who was a bit late to the start and we'd set off already, and then was early to the pub and we hadn't got there yet (still having breakfast in Settle). After looking at the route and the average speed on my Strava he said it was a blessing not to be involved. Melv was spotted out with another club, taking a trip to the top of Fleet Moss and back - as you do. 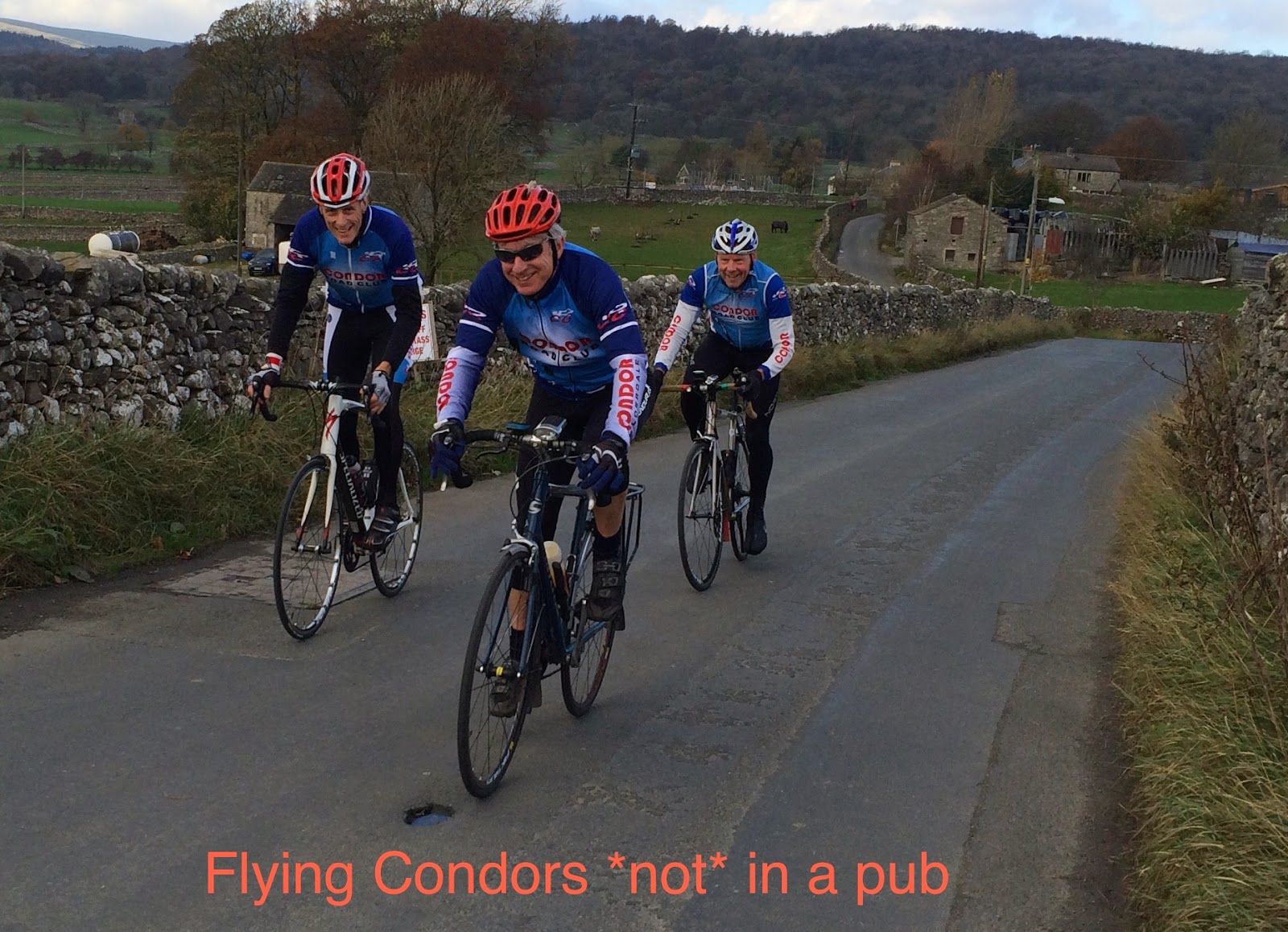