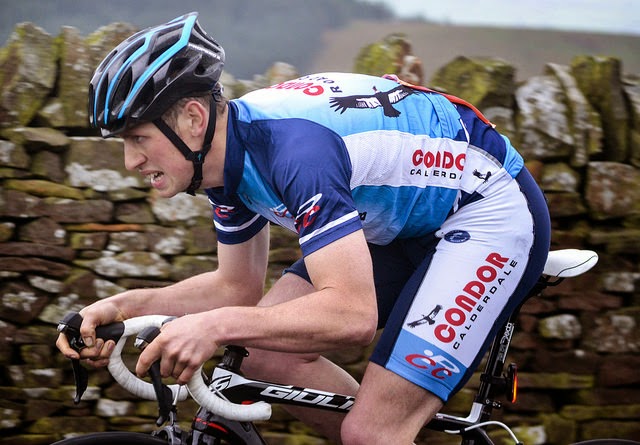 Chris is finding his best form prior to next Sundays National Hill Climb Championships taking 5th place on Saturday morning in the climb out of Barley on the Newchurch road and another excellent 5th place on the North Lancs Road Clubs Nick o' Pendle climb on Sunday. 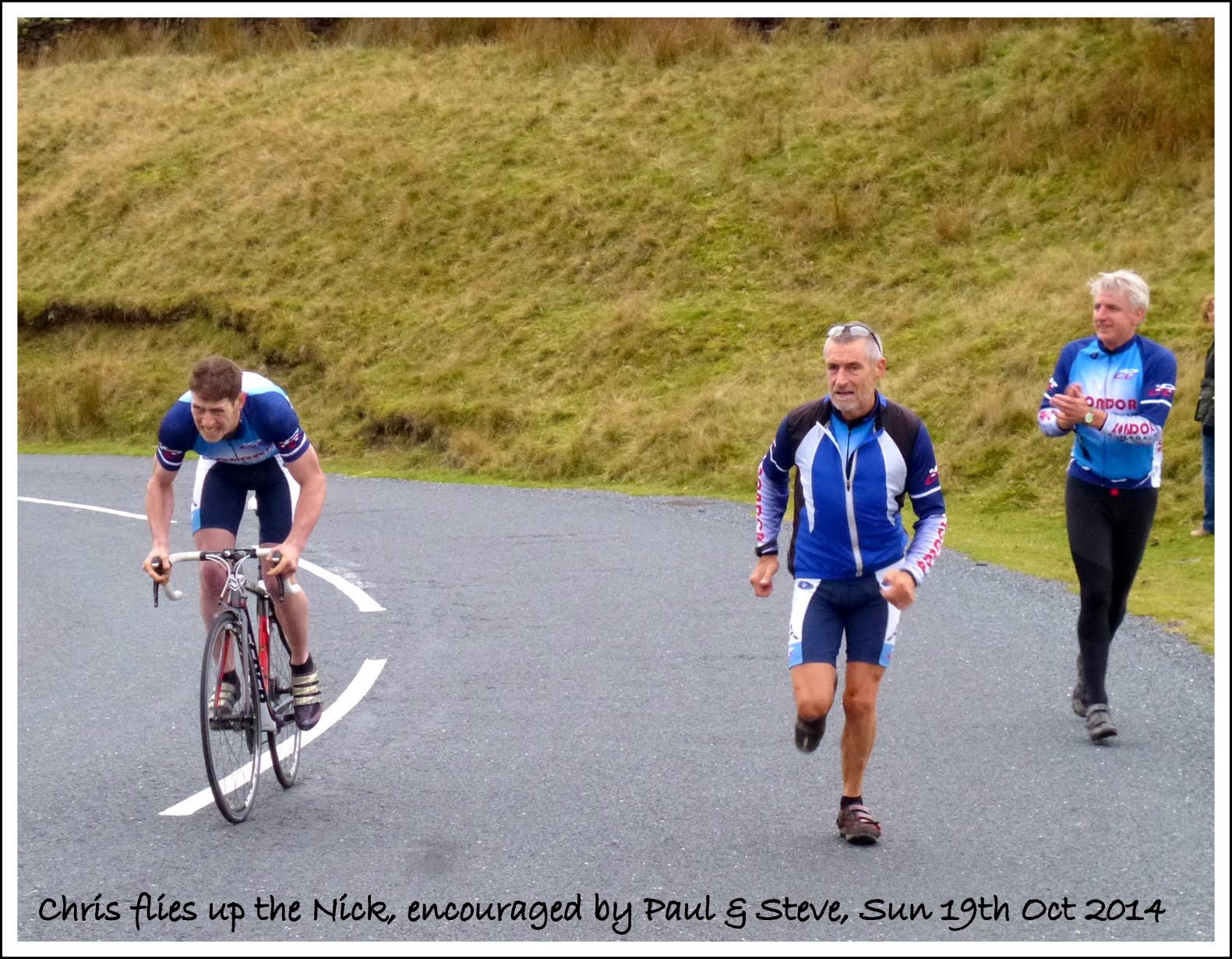 After meeting at King Cross, four of us battled head winds in order to be on the Nick to cheer Chris on. Number 2 on the start sheet he was in fact the first man to start, his minute man being DNS. Chris gave everything on the climb, looking exhausted at the finish but then having to rush off to attend a christening rather than join us for a fry-up at Waddington Cafe. 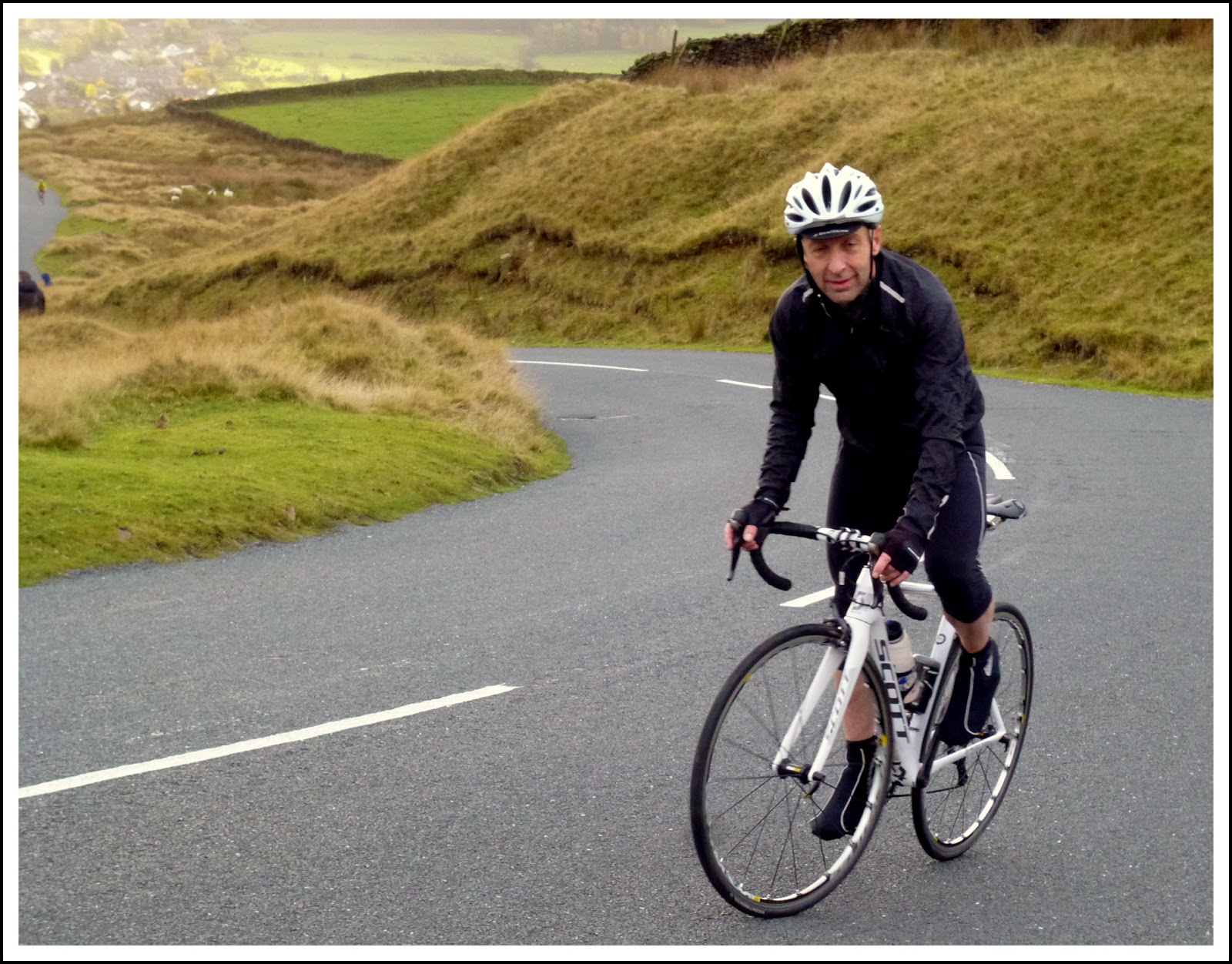 After breakfast we enjoyed tail winds along the Ribble Valley to Bolton by Bowland and up the long drag to Halton West. All were showing good form even challenging Paul's dominance at strategic points as we looped around Hellifield and Airton before stopping off at Broughton Hall to watch the cyclo-cross. There were 160 starters in the senior race but no evidence of Robin Holt, who's name I had spotted on the start sheet (sorry if I missed you). The racing was well supported but the main race of the day, the Rapha Supercross, wasn't due to start until 3pm so we joined forces with Mick Collins and Dom Turner plus other 3RT's for a pacey ride home.
Steve and I together with Mick, Matt & Daz split off from the others at Ingrow, sprinting up the cobbles of Hainsworth Lane and over to the Old Spot Brewery Tap at Cullingworth where we enjoyed a couple of pints of the breweries fine ales before pottering home along The Great Northern Trail. A great start to the social season.