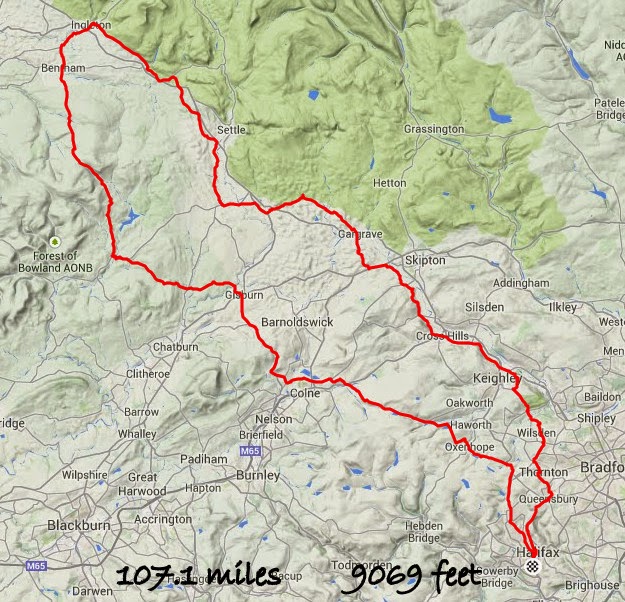 No one took up our invitation to join us for a Wednesday saunter over the Bowland Fells so I was left to cope with Paul alone.

In reality, with the lack of anyone foolishly attempting to challenge him on the hills, he did behave himself and apart from losing him for a while in Slaidburn, we rode together very well, the highlight for me being the scenic climb up Tatham Fell to Cross of Greet. We did have a bit of rain on the descent to Bentham but it was warm summer type rain and once we'd removed our rain jackets at the cafe in Ingleton we had no need of them again. 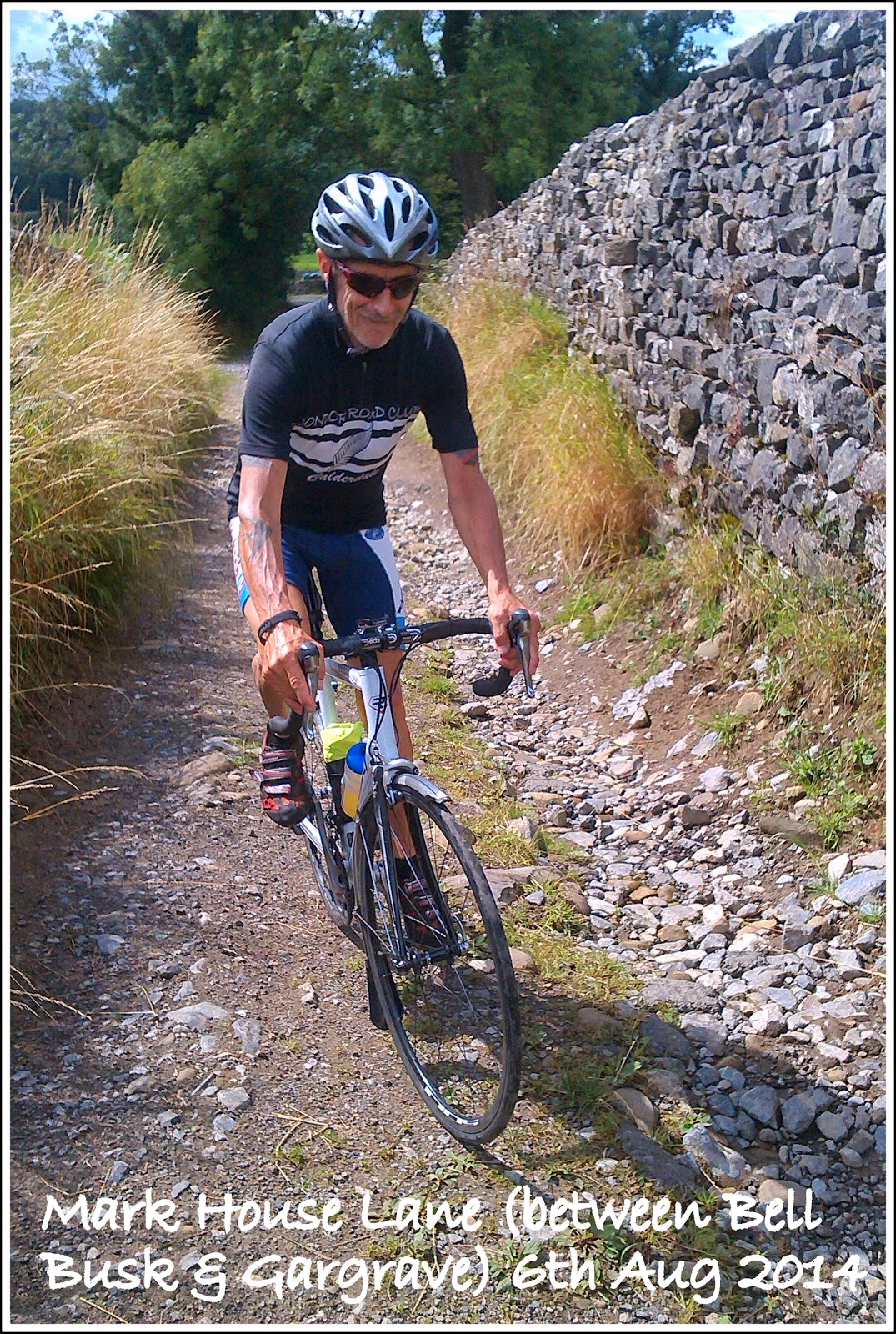 From Ingleton we went over Cold Cotes, down to Clapham and on to Austwick, Lawkland and Otterburn. By Bell Busk Paul was growing bored with tarmac and seeing a signpost saying 'Public Bridleway' we left the black stuff and had an entertaining few miles to Gargrave. 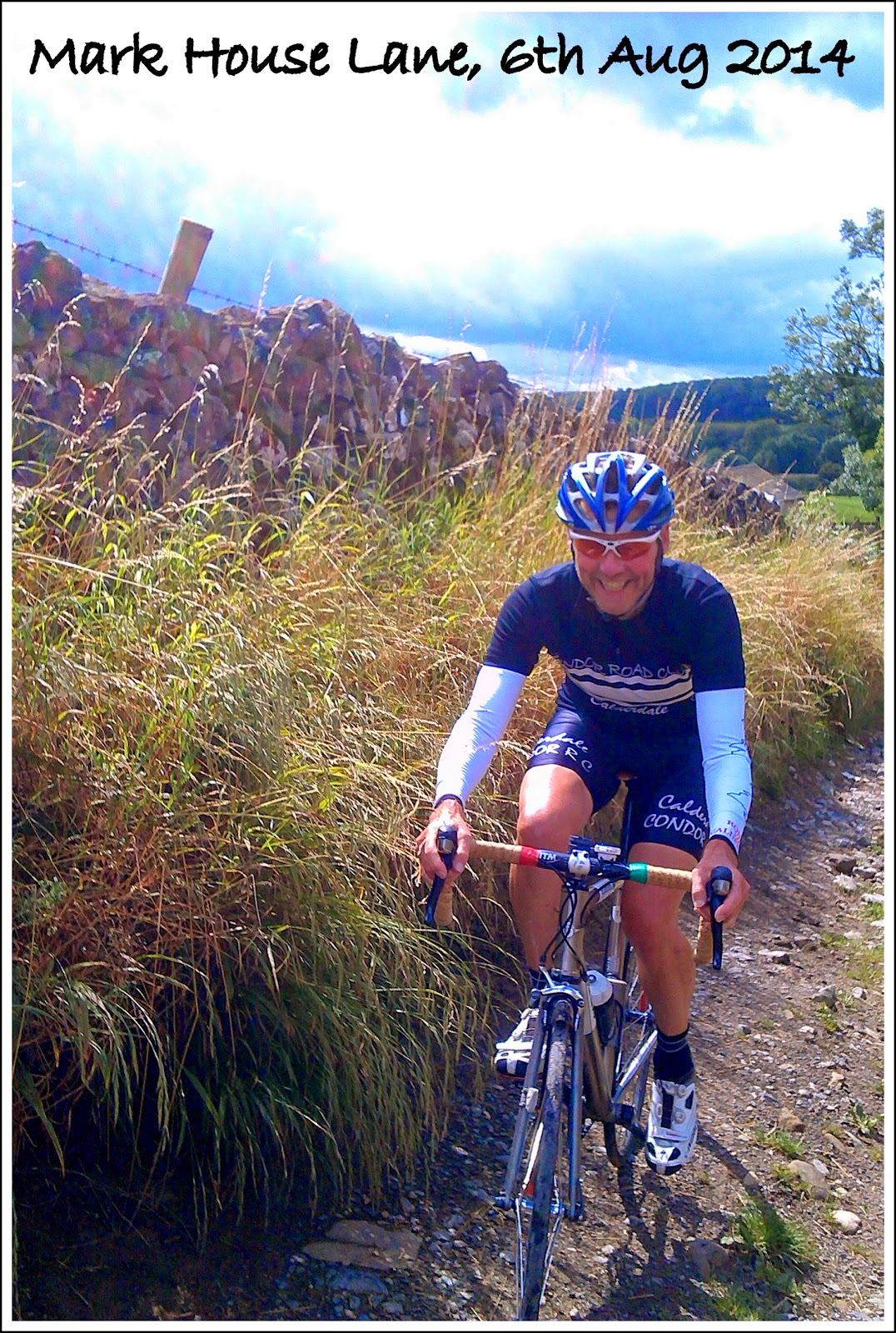 From there we had a quiet potter back to Calderdale with just a few deviations up Thwaites Brow (Paul being a little disappointed - 'Not as steep as he thought it would be!' - a bit more off-road up Sandy Banks from Harden to Wilsden and rounding the day off along the Great Northern Trail and the climb up Station Road to Queensbury.
Posted by petehorne at Wednesday, August 06, 2014