Bits and pieces from the weekend

For many of us its been an Audaxing weekend with CTC Calderdale's Chris Crossland again running his popular 3 Coasts 600k ride on Saturday and the Good Companions 200k for the softies on the Sunday.
I was with the softies which also included Mel, Damien, Big Phil, Paul Daly, Pete Whiteley and Mick Collins.  Single Simon, who since a bad experience the Lincoln 400 a few weeks ago has discovered the advantages that derailleur gears had put us all to shame by riding the 600. He didn't just have a very fast 600 (sub 29 hrs) he also looked as if he was enjoying it as we crossed him just after Cliviger, sitting up, smiling and waving - I was very impressed from a man who had ridden nearly 400 miles.
Good weather encouraged a brisk pace as the Condors took turns at the head of a dwindling peloton - too brisk for Mick Collins who had to retire at Whalley (on the outward journey) in desperate need of a full English breakfast. Notable incidents en-route included Damien breaking a spoke in the rear wheel of his super-dooper v.v.v.v.expensive Zips and Mel's saddle clamp breaking which required him to ride the last 15 miles or so with his saddle in his back pocket - sounds dangerous to me. I was the the 1st our group to crack, suffering from too much big gear work on the flatlands to Glasson Dock I was found wanting when we hit the hills over to Chipping and finally lost contact just before Whalley. Phil and Paul also lost contact before the finish as Pete, Damien and Mel gave an exhibition of power and speed. Ade Hughes of North Cheshire Clarion has blogged an account of his ride here - http://ade2010lejog.wordpress.com/ 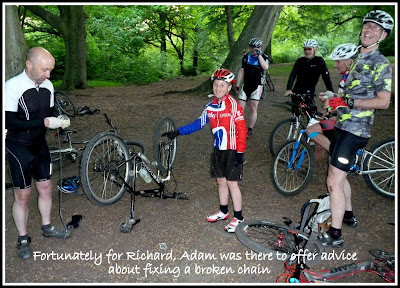 A good turnout of 9 for Monday evenings mountain bike ride with Paul Daly taking us on a route round Shibden, Beacon Hill, Trooper Lane, Southowram, Brookfoot, Wellholme, Norwood Green, Judy Woods and Chelsea Valley. I wasn't alone in having tired legs from the previous days efforts but Simon appeared unaffected by his weekends mega-miles. 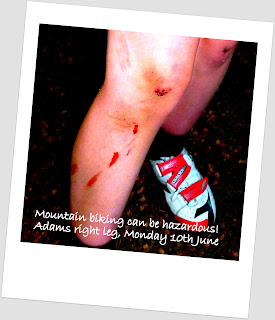 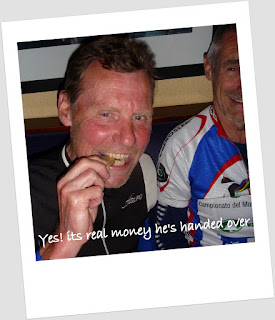