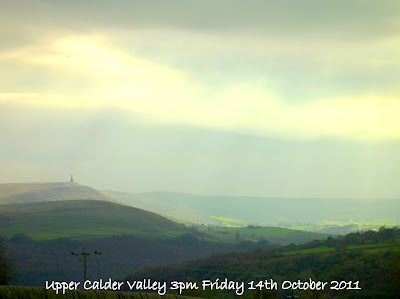 Bye! it were grim last Sunday, the howling gails and heavy rain I can cope with but trying to keep up to Mel and Irish John was just too much (although Big Phil and Simon appeared to manage okay). As planned we lunched at Stump Cross Caverns Cafe - the weather was really miserable up there so we decided to miss out Keighley Gate taking the easier option of Addingham Moorside for the route home, Mel saying goodbye at Addingham and Simon leaving us at Keighley.
It may not appeal to everyone but this Sunday a few of us are meeting at the bus shelter at Elland Bridge at 8.30am for a potter round the Pennine hills and valleys. After lunch its intended go to Salendine Nook for about 2.30pm to watch the Rapha Supercross.